Source: ATEEZ
Rehearsal and commentary about the performance.

OuiOui is a duo consisting of singers Blueny and Meijee, and have been releasing songs since 2018. Check out their discography on Spotify, perfect if you like some indie that focuses on r&b.

A speculative article about Juri Takahashi is causing her to trend on Twitter. It is alleged by an insider that her hiatus from "Rocket Punch" is a result of a Korean "slave contract" with a strict diet and a harsh working environment draining her energy. https://t.co/LYNhw3ojRD pic.twitter.com/NKXRl1764I

So close to the MV release on Wednesday! 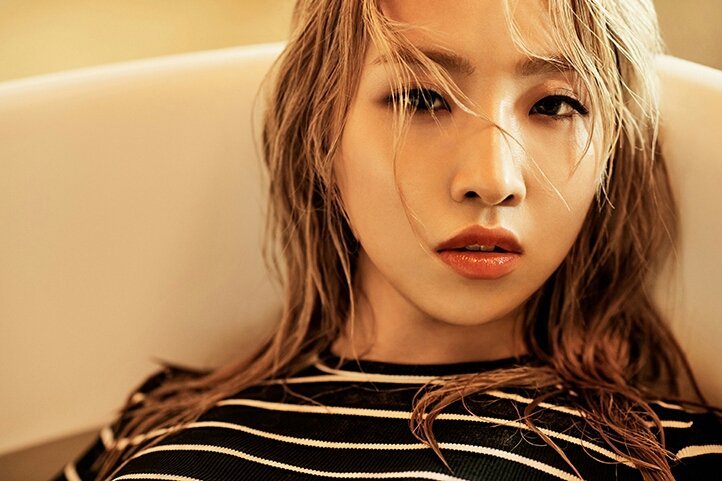 Minzy is coming back next month!

MZ Entertainment confirmed that Minzy will be returning with a new single album in July. Along with the album release, she will also be taking part in promotional activities.

According to MZ Entertainment, the track will be a perfect fit for summer and have a flashy performance.

Are you excited for Minzy’s comeback?

According to the sources, the Seoul Central District Prosecutors Office indicted Yang on May 28 on charges of having threatened and coerced an informant who testified to police about drug suspicions surrounding B.I, the former songwriting leader of YG's boy band iKON, in August 2016.

At the time, the whistleblower arrested for drug use disclosed B.I's suspected drug purchase to police. Yang is accused of intimidating the informant to thwart police investigation into the former iKON member.

This one is for

We completely missed this one

waves_of_light posted the MV but  barely anyone checked it out.

TWICE Answer the Web's Most Searched Questions for WIRED


TWICE take the WIRED Autocomplete Interview and answer the internet's most searched questions about themselves. Who is the best dancer in TWICE? What is the TWICE fanchant? When was TWICE formed? Why are TWICE called TWICE? Nayeon, Jeongyeon, Momo, Sana, Jihyo, Mina, Dahyun, Chaeyoung, and Tzuyu answer all these questions and much more!

In March, girl group Eternity made its debut with the song, "I'm Real." Just like other K-pop acts, it also unveiled an eye-catching music video and short interview clips featuring each member. The 11-piece group looks no different from other girl groups ― except that the members are not real human beings. They are, indeed, hyper-realistic virtual characters created through state-of-the-art artificial intelligence (AI).

It was AI graphic company Pulse 9 that brought life to the members. The company's CEO Park Ji-eun launched Eternity out of the belief that AI members could become game changers with their unique edges, during this era when Korean cultural content is enjoying its heyday.

"Unlike human singers, AI members can freely express themselves and weigh in on diverse social issues because they are less vulnerable to malicious comments and criticisms," Park said in a recent interview with The Korea Times. "As a creator, I can also add more fantastical and compelling elements to them, making them more distinguishable from existing K-pop acts."

Eternity has its own "universe," crafted by Park and her co-workers. In this universe, the members are aliens from a distant planet called, "Aian," who were dispatched to the earth to interact with people and find out solutions to save their threatened planet.

"How will SM Entertainment deal with these avatars once the human members terminate their contract with the company? Do they still own the digital entities even if the human members do not want them to be used in the future?"


the amount of "Yugyeom 'got7' tracks" jokes I've seen on my tl this day...
Collapse