The special mini album with the summer theme will be out July 30th!

Very intrigued by this summer album! Definitely something new for Dreamcatcher. Curious too by the ‘special album’ title does that mean we’ll get another album in the late fall/early winter

She released “Drive” in May, check it out!

The song has been taking off on Tiktok recently (Chaeyoung and Jihyo are referencing the couple at their wedding who danced to What Is Love that you can see here) so the girls released tiktoks to celebrate its success on the app.

Info on the song going viral:

Nice seeing What Is Love have a resurgence! 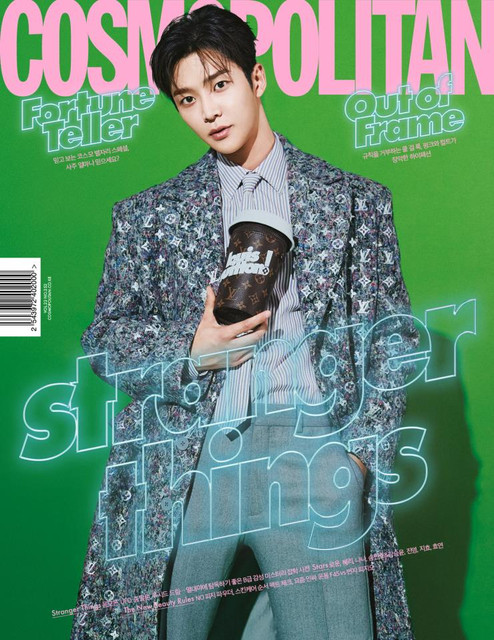 The state-run broadcaster KBS has denied agreeing that actor Kim Young-dae would step down from the lead role in its upcoming teen series "School 2021," scheduled to air in the latter half of the year.

The broadcaster was countering Kim's claim made in a statement released Thursday, following reports on his withdrawal from the series earlier in the day.

"Actor Kim Young-dae signed a contract to star in the series, and took part in meetings for lead characters and table readings," it said. "While he was preparing to start filming in July, his agency recently told us that he wanted to step down, without prior notice to the production team."

Adding that the broadcaster finds it "regrettable" that the news of his removal was released without any prior discussion with the team, it said: "The production company and KBS have not reached an agreement on Kim's withdrawal, and we are trying our best to reach an amicable outcome."

What’s up party people? Every week I check the charts for this day in the past and share the top three songs. Then I pick out two more from the top ten as honorable mentions. This week, we are going back to the 3rd week in July, 2016. Both of the honorable mentions today have nods to a certain Wes Anderson movie. Can you tell which one?

#3 EXO “Monster”
This is one of the singles from the group’s “Ex’Act” album, released simultaneously in both Korean and Mandarin. The song would be the group’s first number one on Billboard’s World Charts. Domestically, it would also peak at top spot, and the song would get nine music show wins, the most wins for a boy group in 2016. I’ve never seen the MV before, but I do know I’ve heard the song. This is where the “thats right my type” tag comes from, right? I never realized it was this song lol!

The local entertainment scene is on alert after TV personalities and singers have tested positive for the new coronavirus, raising concerns that the outbreak may spread wider in the industry.

Volleyball player-turned-TV personality Kim Yo-han was one of the first celebrities to test positive in a series of infections reported recently. A number of celebrities and athletes who have appeared on the same shows have also tested positive.

Model Han Hye-jin, who appears on a cable channel IHQ program alongside Kim, has tested positive, according to her management agency Esteem Entertainment. Other people who appear on the show are also waiting for their results after taking screening tests.

I love the ownership Chansung took on this with the directing and the music arrangement. I know he said he felt like the military took away all his creativity, so I'm glad that he was able to do this and find that creativity again.

Source: 1stonkpop, All The Kpop

Whoops late post, this was stuck in my drafts for some reason!!

I am unable to shut up about the mic stands.