Producer Lynda Obst (“Interstellar,” “Hope Floats”) and Miky Lee (executive producer of “Parasite”) have joined forces to tap into the Korean music wave. They will produce “K-Pop: Lost in America,” a feature-length road movie to be released in 2023.

The CJ ENM production has tapped JK Youn, director of two of the biggest Korean movies of all time, to helm the project. With disaster action movie “Haeundae” in 2009 and melodrama “Ode to My Father” in 2014, Youn was the first person to direct two films that each scored 10 million admissions, the mark of a mega blockbuster, at the Korean box office.

The narrative in “Lost in America” revolves around a K-pop boy group that mistakenly lands in Texas with only two days left until their global debut in the New York. With no money and little time, they must make their way to New York to perform on their dream stage.

sm why...? i was waiting on a few more teasers but guess there's only one group shot for this concept! sigh!
SOURCE: rvsmtown@twitter

En route to their album repackage TXT has been keeping themselves busy and here's how! 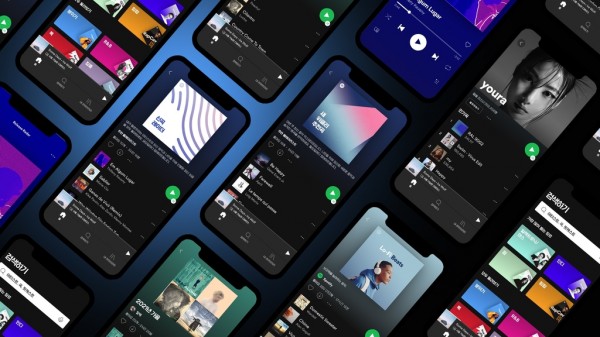 LG Uplus Corp., a major South Korean telecom operator, said Tuesday it will offer Spotify to its mobile users for up to six months in a move expected to expand the music streaming service's presence in the country.

The telecom operator said subscribers to its 4G LTE and 5G network plans will have free access to Spotify Premium, which costs 10,900 won (US$9.5) a month here, for three to six months, depending on the price of their plans.

The move virtually applies to all of LG Uplus' around 15 million mobile users as it only offers 4G LTE and 5G mobile network plans.

The partnership is expected to boost Spotify's presence in South Korea against established players after its entry in February this year.

Omona, have you gotten anything with your phone plans? One time I upgraded, and the dude asked me if I wanted a free Tidal or Hulu subscription. I said Hulu and he was all "nobody ever wants Tidal".

Singer-songwriter Lee Mu-jin, who rose to fame after appearing on JTBC's audition program "Sing Again" (2020), is sitting atop the music streaming charts with his May release, "Traffic Light."

As of Monday morning, "Traffic Light" ranked first on Melon's real-time chart, while grabbing the No. 3 and No. 10 spots on Genie and Bugs, respectively. It also topped Melon's daily chart on Aug. 7.

The folk song debuted at No. 110 on Melon's real-time chart on May 14, but has climbed up the chart slowly after gaining popularity on various social media platforms, including TikTok.

[Notes]
-I LOVE the song and I love the drums in the pre-chorus. The chorus is the best part, though
-I mean I knew we were not escaping without a Michael Jackson reference in the choreo but I'm glad it wasn't a huge part of the overall choreo
-I'm so glad they keep doing the circle choreo! I like when they make the "moon" at the end, too

we made it to 4 years!! happy anniversary!!!
their new styling isn't my favourite but it has a very definitive look and i hope that means a comeback is on the horizon! i know a bunch of them have been busy with acting adventures but it's been 10 months since cool, the longest we've had to wait between comebacks :( at least we've had fairly consistent content in the meantime
Collapse