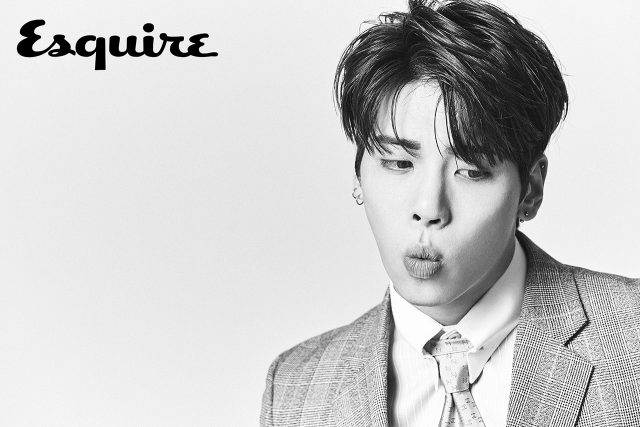 Blue Night, This Was Jonghyun. What Should We Do With Kim Jonghyun?

Shin Kijoo (referred to as “Shin” below): You told me you’d host Blue Night forever and ever, so can you explain to me what’s going on right now?

Kim Jonghyun (referred to as “Kim” below): My life is consumed with guilt right now.

Shin: Many people think it’s such a shame. Yesterday, Saturday April 1st, was the last broadcast of our “Midnight Spoiler” corner. And right after this interview, you have to go straight to Sangam-dong to proceed with the final live broadcast of Blue Night, This is Jonghyun. There’s only about three, four hours left until midnight already.

Jung Woosung (referred to as “Jung” below): It’s time for listeners and fans alike to prepare their hearts. To prepare to let “Jjong-D” go.

Kim: Because I announced it on radio first. I felt that was the respectful thing to do for our listeners. Since the program airs every night at midnight, it could be disconcerting for me to suddenly vanish out of nowhere. And many of our listeners would wrap up their day by listening to Blue Night, This is Jonghyun, so. It’s been a while since I made up my mind. It might have been around the end of last year, it took a little while because I was consulting people around me and deciding on the appropriate timing.

Jung: The period of time for you to wrap up seemed really emotionally taxing. When I was listening, I felt like, "he’s having to live the pain of saying farewell every single day." Jonghyun-ssi, you began to play your own songs quite often, as though you’d made a resolution. I had the sense that each day was like a farewell broadcast for you. Though today is truly the day of parting.

Kim: After I’d made up my mind about parting ways with the broadcast, each and every day was really precious for me. So I would choose to play the most romantic songs that suited the midnight time slot, the way you’d give music as a gift to a precious someone at a precious moment. I think that was my own way of saying goodbye.

Jung: It was a soft and gentle broadcast.

Kim: It wasn’t necessarily just like that, though. Shin Journalist-nim will know my tendencies, but…

Jung: This person right here? The journalist who specializes in film, economy, management, architecture, politics, and interviews! Why, how can you introduce yourself in such a way? Are you allowed to muddy the waters of journalism like this? Recruiting the help of Jonghyun, no less! Shin Kijoo begged you to introduce him like this, right? Be honest and tell me, I’ll keep it between us.

Kim: Haha, Journalist-nim is in charge of Saturday’s “Midnight Spoiler” corner on Blue Night. It’s a corner where we introduce movies. We’ve been greeting each other like that from the beginning, so it’s become like a signature.

Jung: So, what I’m saying is, isn’t it due to coercion?

Shin: To be honest, eventually it got so that any time you didn’t introduce me like that, I felt a little disappointed.

Jung: So it was coercion. My suspicion was right.

Shin: My character got stuck that way, so what was I to do?

Jung: It wasn’t “stuck” that way, you grabbed it for yourself! In any case, the two of you met every Saturday for over three years. You must feel really regretful. (T/N – “Regretful,” as in they must feel it’s a shame they can’t continue to do radio together for longer.)

Kim: I started Blue Night in February 2014. And the corner that’s always kept its place since then is “Midnight Spoiler.”

Jung: My goodness, why?

Shin: What do you mean, “why”? I’m telling you, even though the PD-nims changed and the writers changed, I’ve been faithfully by Jonghyun’s side doing live broadcast with him every Saturday.

Kim: If we’re being totally honest, it wasn’t live broadcast. We did it live what, three times or so throughout the whole three years?

Jung: This is what I mean. I’m telling you, as you’re reporting you find, – this is the type of editor-in-chief I work for.

Kim: It must be exhausting for you. 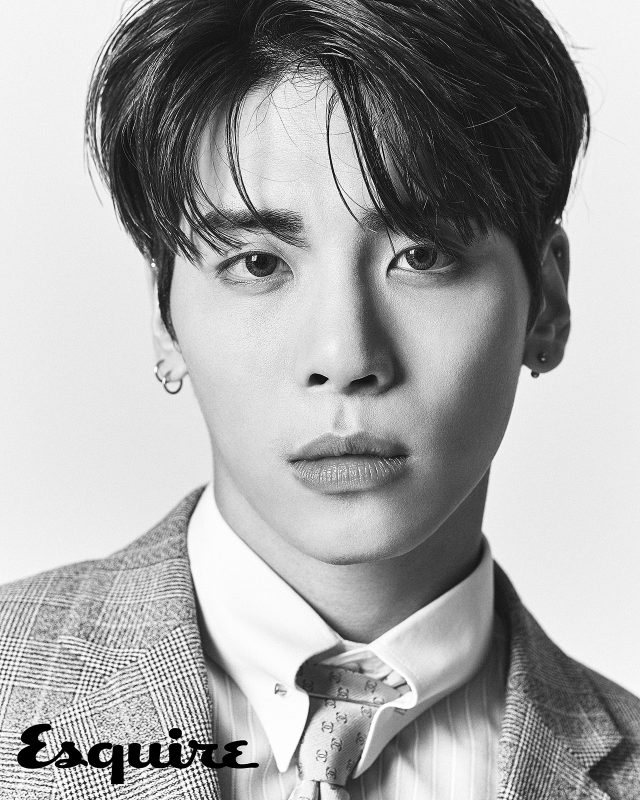 Shin: You know, we’re doing an interview with the last live broadcast of Blue Night, This is Jonghyun just ahead. We started out with an emotional mood, so how did it suddenly turn into this? We even hugged each other after the live broadcast yesterday.

Shin (ignores): The Kim Jonghyun I watched over the past three years was so, so busy. A Hallyu star that had to go to Japan yesterday, China tomorrow, South Asia the day after, even South America the next week. But despite it all, he consistently fulfilled his late night radio schedule duties. I was always curious what his source of motivation was.

Kim: Sometimes, people ask me what my life’s turning point was. Every time, I answer by saying that it was when I dropped out of school in the 10th grade. It wasn’t when I got into SM, or when I started making music. When I decided to drop out, I deviated from the life of the unspecified majority, and let myself free. And I can say that my second turning point was doing radio. More so than my debut, or when I published my book.

Shin: Why is that?

Kim: I think I used to have a narrow-minded perspective. When I get fixated on something, I have a tendency to see only that one thing as though I’m wearing blinders. It’s a disposition I was born with. But by doing radio, the scope of how I view the world became much wider. Just like it did the moment I dropped out of school.

Jung: How did radio “expand” the person that is Kim Jonghyun?

Jung (ignores): Before and after becoming a radio DJ, how much and in what ways did you change?

Kim: For one, I got to have way more indirect experiences, so my ability to express myself artistically grew along with it. The breadth of my life itself became wider. I really love fantastical things. As Shin Journalist-nim already knows, I love the hero genre as well. It may be that I was always living in a fantastic, fairy tale-like world. But by doing radio, I became able to understand common, everyday stories too. For example, experiences I’ve never had such as working for a company or a part-time job. Stories about the minutiae of daily life. Things like making a mistake at work and getting in trouble with your boss, and being tired and disheartened by it. It’s impossible for radio to proceed as a medium without those kinds of stories, and it’s the only medium to which you can share all the mundane little details of that kind of story. I found myself peeking into the lives of the unspecified masses that I’d never imagined before.

Jung: As I hear you talking, the song you wrote called "The End of a Day" comes to mind. The lyrics that say, “Just like the bathwater that embraces you seamlessly.”

Kim: Truly, "The End of a Day" is a song I was only able to write because I did