Drama News Round Up

We're halfway through the week of premieres, with the two new M/T dramas and two new W/Th dramas airing. Age of Youth 2 finished its run last weekend, leading to The Package premiering today on JTBC. Go Back Spouses starts on KBS today as well. Saturday premieres are Black on OCN and Revolutionary Love on tvN.

Feel free to share your thoughts on the new dramas in the comments section! Expect a long comment from OP because I'm loving everything new I've watched.
[Park Shin Hye to cameo on Temperature of Love] 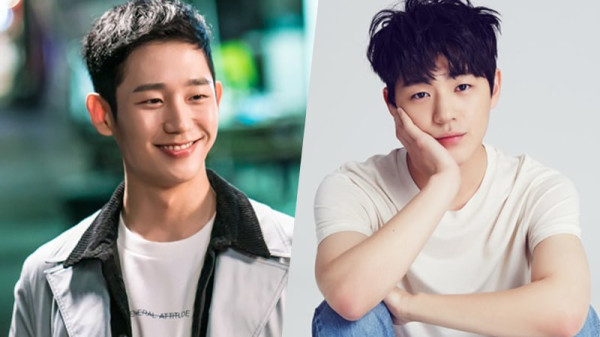 Actors Jung Hae In and Shin Jae Ha from “While You Were Sleeping” have landed roles in another drama!

The two actors have been cast in tvN’s upcoming Wednesday-Thursday miniseries “Wise Prison Life.” Details on their characters have yet to be unveiled.

Starring Krystal, Jung Kyung Ho, Park Hae Soo, WINNER’s Kang Seung Yoon, and more, “Wise Prison Life” will be directed by Shin Won Ho, the producer behind the popular “Reply” series. The drama will take place in a prison, depicting the lives and stories behind these prisoners as well as events that take place there.
I'm good with them being a package deal always, I love them both.

On October 13, his agency JB Entertainment confirmed the news that the actor would be appearing as the leading man in the drama. Shin Sung Rok will play Oh Tae Suk, the head of an IT company who has enough wealth to live comfortably for the rest of his life without working, but decides to push himself and creates a new smartphone application that wins him the Businessman of the Year award. However, he is also a character that slowly becomes more devilish as he continues to try and cover up his past mistakes.

Alongside him, Go Hyun Jung will play Choi Ja Hae, a lawyer who comes from an underprivileged background and is the host of a TV legal show called “Return.” The drama’s storyline will revolve around uncovering the truth behind a murder case in which the suspects are those who belong to the upper class of society.

“Return” is set to begin airing in January.