Another BTS post! vmon's totally sober vlive + is Jin caught in a lie? 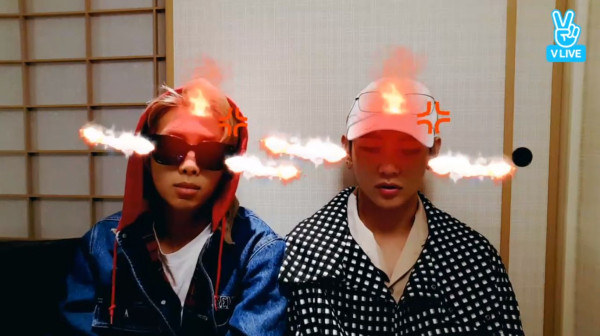 Click the flaming vmon for video!
In yesterday's Eat Jin episode, Jin claimed that Jimin and Jungkook cried during their performance at Osaka's Kyocera Dome. He also claimed that the director said his expression in Awake was perfect.

Jimin, however, took to Twitter to bring us a different truth (plus some flattering screenshots of his hyung):

He enjoys his food 😁👍
The truth about today
1. I did not cry
2. After hyung’s solo stage ended, the camera directo... pic.twitter.com/6qZxTcxeZk

So what is the truth? The director comment is hard to verify, but here's a compilation of fancams of Jimin's alleged crying:
Sources: BTS vlive | @bts_twt | @bts_trans | BTS & ARMY News (YouTube)

What say we, omona? Were vmon as sober as they claimed? Was Jimin crying, or is he the one caught in a lie?
Tags: bts, shawty imma party till the sun down, v app
Subscribe