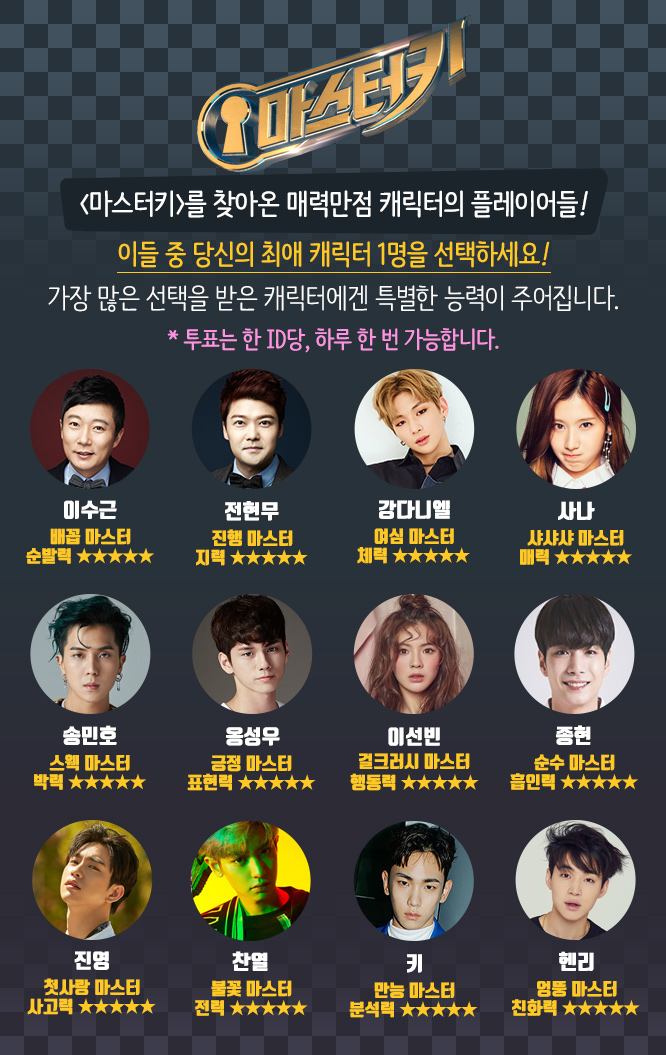 Voters are eligible to win a special prize via lottery. You can vote once a day.
Voting period is from October 19 to October 21.

another EXO hyung for Daniel's phonebook, nice! lol i really have to watch episode 1 now..