GUGUDAN TO MAKE NOVEMBER COMEBACK AS 8 MEMBERS WITHOUT SOYEE 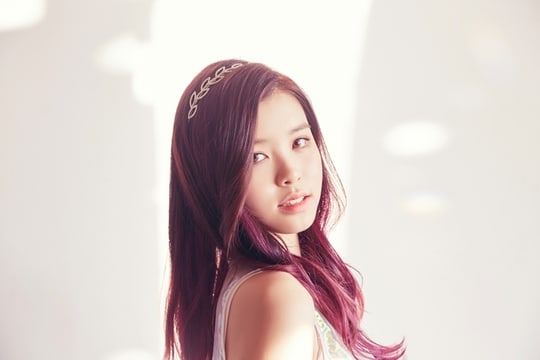 gugudan’s Soyee will unfortunately not be promoting with her group when they make a comeback this November.

On October 19, the group’s agency Jellyfish Entertainment announced that the idol was going on an hiatus in order to fully recover from an injury that has been plaguing her since before her debut.

They stated, “gugudan member Soyee has been feeling pain in her shoulder as the result of a pre-debut injury, and has been receiving treatment while promoting at the same time. In the midst of doing so, while recently preparing for [gugudan’s] comeback, the affected area was overcome with severe strain and pain.”
“After undergoing various tests at the hospital while treating her shoulder, she received the professional opinion that she must thoroughly rest and receive treatment, and has since been concentrating on the recovery of her health. While she promoted and received treatment at the same time up until now, the situation deems that it will be difficult for her to undertake gugudan’s promotions, which are unlike day-to-day activities. Soyee has also expressed that she would like to concentrate on her recovery before her health worsens further.”

“We fully respect Soyee’s opinion, and while it is unfortunate, we have decided she will be sitting out gugudan’s upcoming promotions as her health comes first. We will aid her so that she may be able to concentrate on recovering.”

“We are sorry for worrying all the fans who love gugudan and Soyee. We ask that you send lots of encouragement so that Soyee will be able to heal and return as soon as possible.”

Due to Soyee’s hiatus, gugudan will be making a comeback with eight members in November.
sources: soompi, newsen
Tags: comebacks, gugudan, health
Subscribe