K-Pop superstar G-Dragon on Chanel, Karl, and gender by Dazed 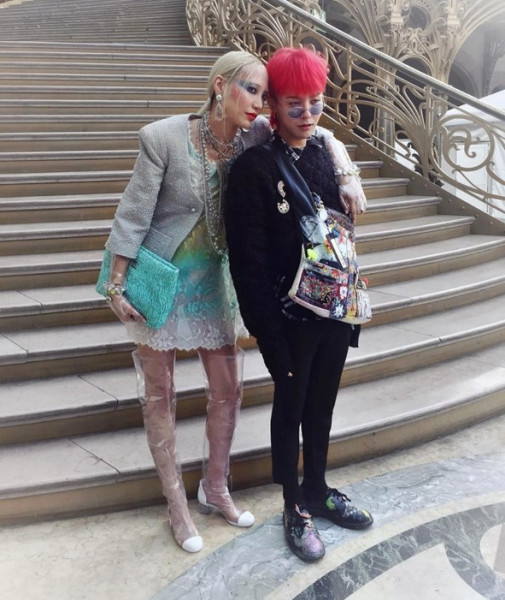 Trying to make your way backstage at a Chanel show with K-Pop hero and fashion icon G-Dragon is quite an experience – the musician, who found mega-stardom with boyband Big Bang, seems to be surrounded by a small crowd of people and have about four cameras trained on him at any one time. Known for his sense of style (he also has his own label, PEACEMINUSONE), his colourful hair (yesterday, it was shocking red), and his totally devoted fans, the rapper has been a Chanel ambassador since earlier this year.

He was in Paris for yesterday’s show – where Karl Lagerfeld oversaw construction of a giant waterfall in the Grand Palais, and sent out a collection featuring lots of transparent plastic, iridescent eveningwear and a new take on classic Chanel branding. In a pristine white tent surrounded by the show’s most esteemed front-rowers, we caught five with the musician.

What did you think about the show set this time around?
G-Dragon: I was shocked when I came in – like woah! Where am I? It seems exactly like I’m in some kind of fantasy, wonderland. I like that. Every Chanel show I’ve been to is very conceptual. Even down to the music and smells, the whole thing is connected. This time it was really about nature. Each material and the set is very connected to the show and this time I felt like it’s still summer or something, and with the water sounds… it feels fresh.

When did you first meet Karl?
G-Dragon: I’m not sure, maybe three or four years ago at Chanel when I first got invited. That time, I don’t remember it perfectly, but it was such an honour. For them, it’s like, ‘Who’s that guy? Who’s that Asian kid?’ – but I sat front row and everything was special for me. I was kind of nervous actually, so maybe I was a bit... sensitive to what was going on, and wondering what I should do, I couldn’t just be chill. Karl is a living legend so when I met him for the first time I just thought, is this real?! He’s just like (someone) from a book or a movie.

Karl’s persona and his style, it’s almost the way a musician constructs their identity.
G-Dragon: Karl is a rockstar. He’s really picky I think, but artists have to be. He is Karl Lagerfeld so there are no other words to introduce him. Karl is Karl, Chanel is Chanel – period, right? He’s on another level. His own zone. Nature, space and supermarkets… the shows are inspired by anything and everything and he’s got a lot of passion, so I really, really respect that. Every time I want so many things!

What do you love about Chanel?
G-Dragon: I love that it’s classic. To me, it means they have their own identity and history from the start until now. They’ve kept going and changing but they never change the spirit – Chanel is Chanel. As an artist that’s really important, that’s the motive. That’s really hard to do but it’s the most important thing, so I really respect that.

How does it feel to wear the clothes?
G-Dragon: A few years ago, guys thought Chanel was a women’s thing, but I’m kind of skinny I can wear women’s stuff too – so I think it’s unisex. It’s because the material quality is so good, and the detail. I’m kind of really into detail and fit. I’m actually wearing a ‘women’s’ piece right now. When I wear Chanel I feel like I’m not just wearing clothes, I’m wearing Chanel.

When did you first start becoming interested in fashion?
G-Dragon: I don't remember exactly, I forget. When I was really young like four, five or six my mom made me wear a lot of clothes, so I think from my mom. I’m kind of used to making something and drawing something on a t-shirt or whatever. One of a kind pieces, something different and special. What does a true fashion innovator wear from Chanel? Anything he wants. When G-Dragon headed to the Grand Palais this morning to take in Karl Lagerfeld’s latest, he did so in an arresting piece from the label’s Fall 2017 women's collection. Sporting a black bouclé sweater with a diamond pattern, the Korean pop superstar borrowed from the girls with ease. When paired with pearls and a floral lapel pin on the runway, the top was sweet, but G-Dragon’s remixed version added a fresh twist. Worn with one of the show’s memorable astronaut blouses, paint-spattered Dr. Martens, and a graffiti-covered version of the Gabrielle satchel, it made a dramatic statement.

As an admitted Lagerfeld superfan, G-Dragon is used to adapting Chanel’s wares to suit his needs. Though the brand lacks an official menswear collection, the wardrobes of its male ambassadors—G. Dragon, Pharrell Williams, and Brad Kroenig among them—proves that Chanel’s haute Parisienne vibe isn’t limited to a single gender. With the right attitude and a bit of daring, any look can work for guys—a fact G-Dragon has proven time and again. 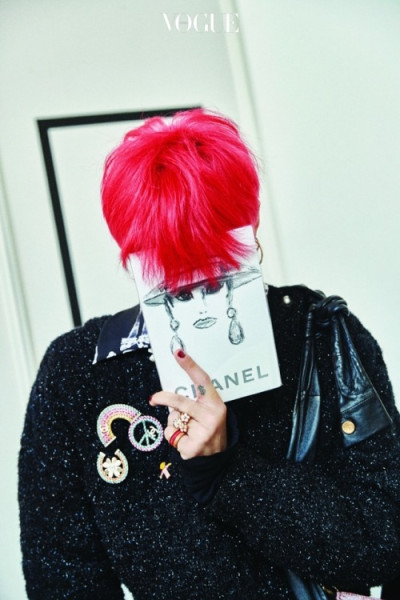 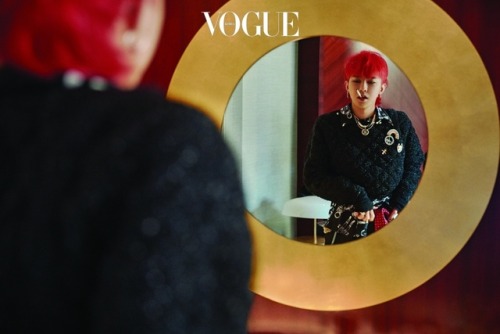 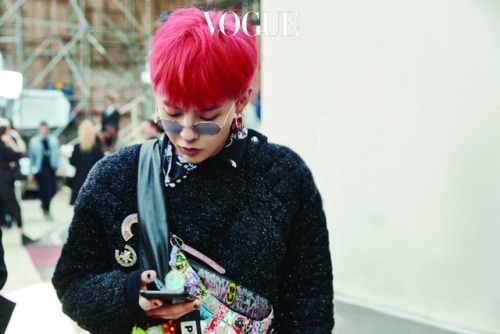 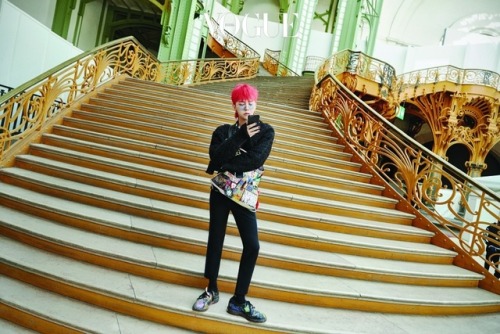 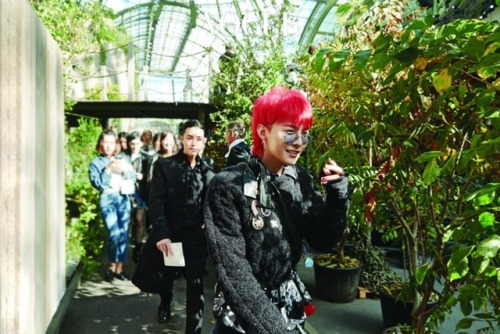 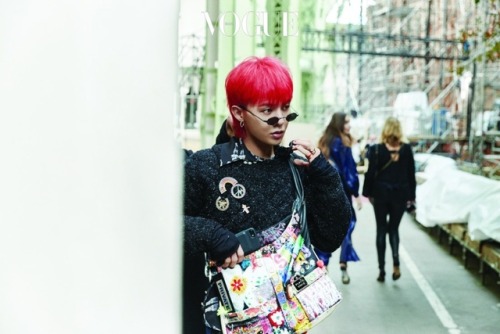 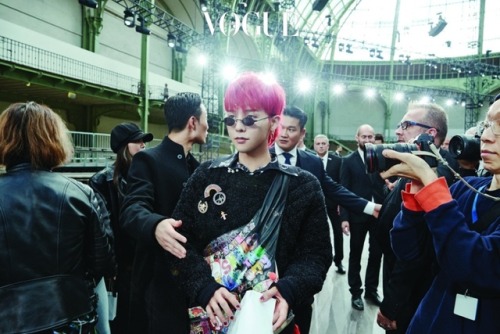 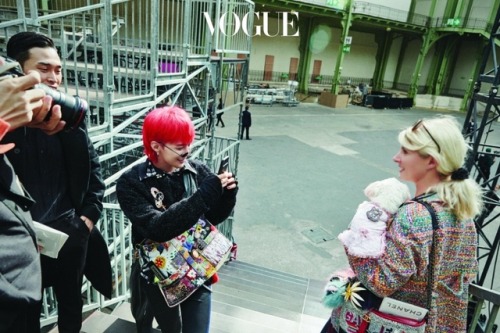 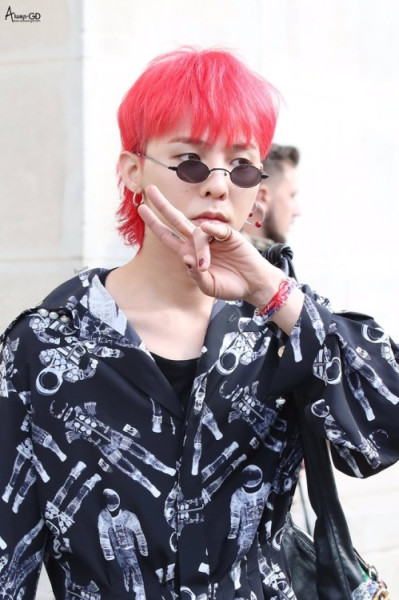 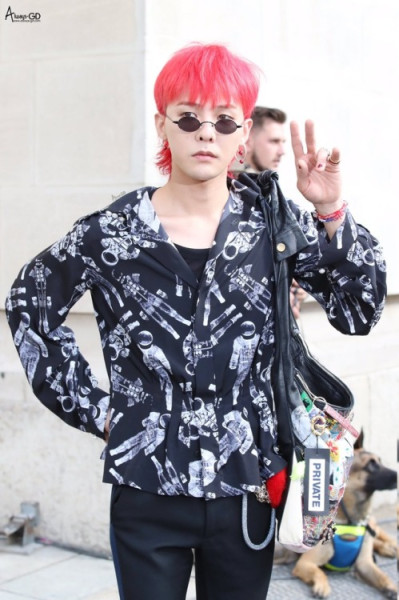 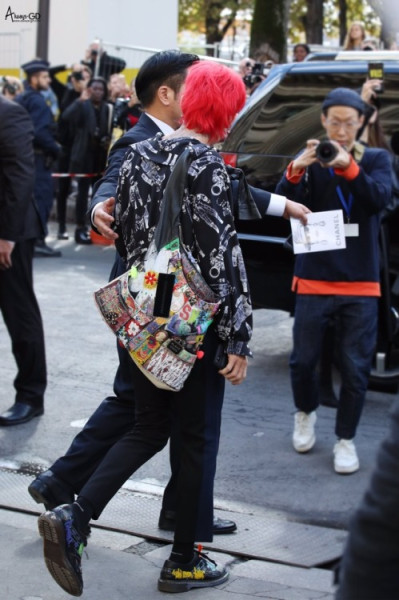 From the CodeCoco launch party: 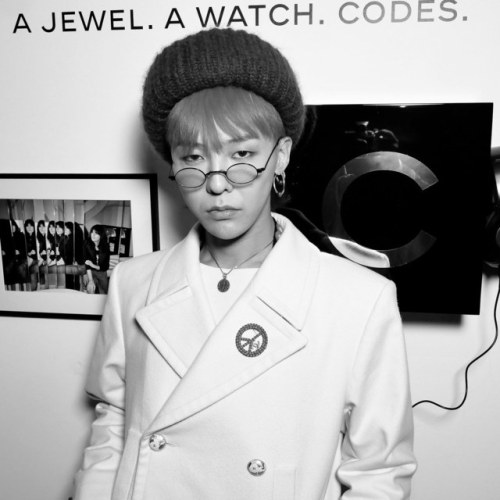 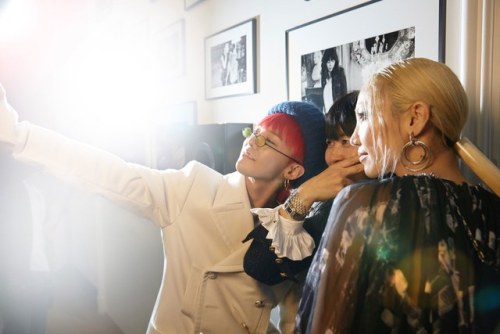 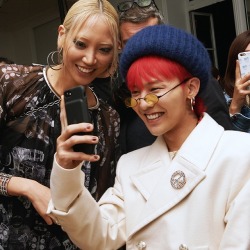 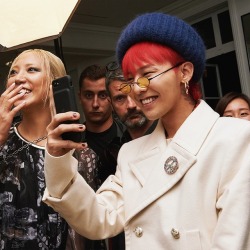 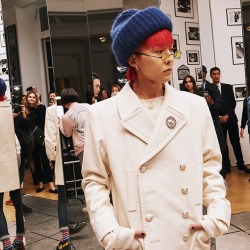 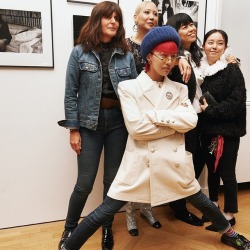 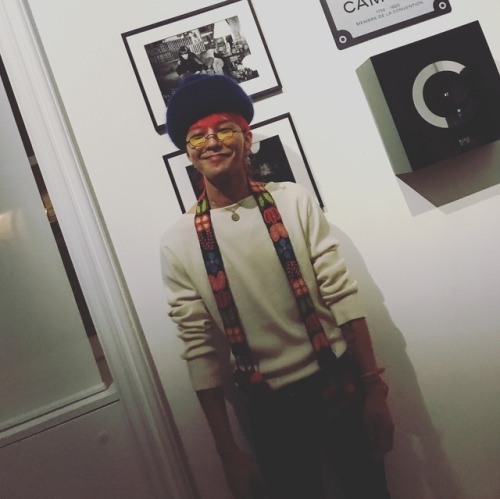 Immortalized by the Go Blings lol:


I like the look at the show without the sweater, but I looooove the party outfit so much! What are your fav GD X Chanel looks? Was it the classic suit with bright red hair at the casino show for Fall Couture 2015? Was it the tweet suit for in Seoul for Resort 2015? Maybe the sequined beret and fuzzy earmuffs for Couture Spring 2017? My top three:


I'm weeks late, but now I'm on vacay so I finally have time to make more than one post a week. I still wanted to do a Daesung post and a Seungri IG post (lol), but it's sooooo belated now =/