Previews for "The Smile Has Left Your Eyes"

Uhm Cho Rong (played by Kwon Soo Hyun), a younger colleague of Detective Yoo Jin Gook, is in love with Yoo Jin Gang, while Im Yoo Ri (played by Go Min Si) both loves and relies on Kim Moo Young. Baek Seung Ah (played by Seo Eun Soo) also has romantic feelings for Kim Moo Young, despite the fact that she is engaged to Jang Woo Sang (played by Do Sang Woo). However, the two main characters do not return any of these feelings.

The chart describes Tak So Jung (played by Jang Young Nam) as Yoo Jin Gook’s colleague, though she is also the detective’s closest friend. Additionally, the chart mysteriously notes that Jang Woo Sang has a sister named Jang Se Ran, though there is no photo or further information about the character. 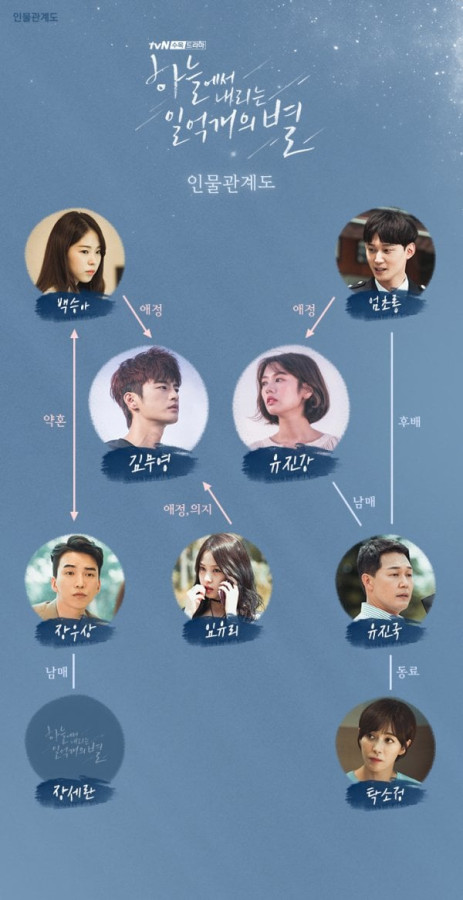 "The Smile Has Left Your Eyes" premieres Wednesday, October 3 on tvN.

So here for Seo In Guk as a creep, I love the cast and I'm really looking forward to this. The promos have been great.
Tags: drama, seo in guk, tvn
Subscribe