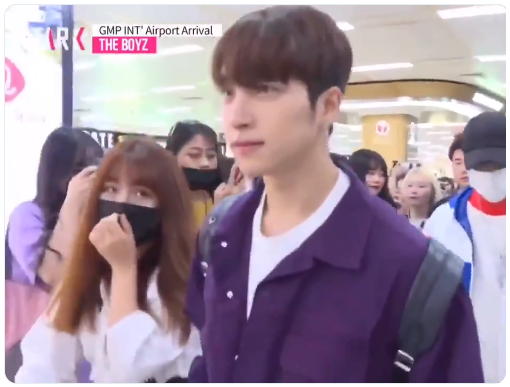 Twitter user @ilovesangyeon pointed out the strangely invasive behavior of his fansite Special You. The owner can be seen following him very closely and walking by his side on various occasions, while Sangyeon appears uncomfortable. A fellow Sangyeon fansite, Artic Blue, called her out for this.

this is one instance, you can see how uncomfortable he is pic.twitter.com/H8QxsShpU6

she was even called out by another sangyeon fansite, artic blue, for her behaviour pic.twitter.com/a28fCqAaCc

saw this on my feed today and thought it was kinda relevant in light of the whole thing with momoland's jane being a fansite owner. clearly some fansites do cross boundaries, while others are respectful of idols and police their own community.
Tags: cray cray sasaengs, the boyz
Subscribe