About the drama: Yook Sungjae has been cast as Hong Jo, the cat that sometimes becomes a man. He wants to become human for his owner, and in order to stay by her side, he starts living a double life.

Finally! This is such a beautiful Christmas gift for us fans of Yook Sungjae (the actor). I've been waiting for him to take on a new drama as we always hear news of him getting lots of offers/scripts but usually turns them down. He did say he wanted to focus on BTOB more after completing "Goblin" and its totally understandable since the other members are to enlist. It was best to focus on BTOB that time. Now that 3 members will be enlisting, it's a good time to work on solo projects. And I wonder if Sungjae auditioned Sami for the cat role lmao 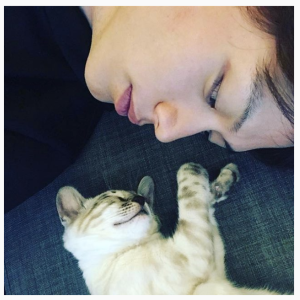