(ﾉ◕ヮ◕)ﾉ*:･ﾟ✧ Final set of “He Is Psychometric” teasers


jinyoung: i cant believe that we need to wait one more day for he is psychometric to air. catch the live premiere/broadcast at 9:30 PM tomorrow!pic.twitter.com/anYIjBlBAV

The upcoming Monday-Tuesday drama from tvN, “He Is Psychometric,” revealed some lines of dialogue from its characters ahead of its premiere, giving viewers a deeper glimpse into what’s to come.

“Before they died, the victims all saw a certain number.” 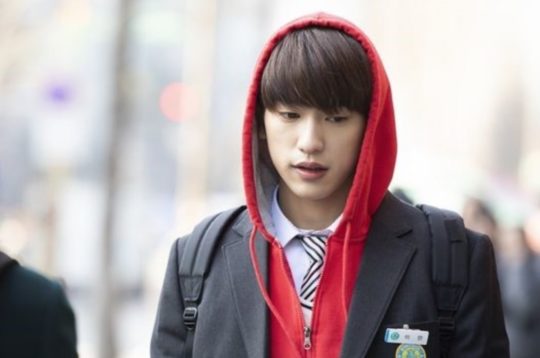 In the drama, Ian has a psychometric ability. He is able to read afterimages from people or objects from physical contact. The line above is something he says in an autopsy room as he’s trying to aid authorities in finding the truth of what happened to the victims. Will Ian, who often causes trouble with his amateur psychometric skills, succeed in his efforts?

“No matter how much I try to run, I’m right back here.” 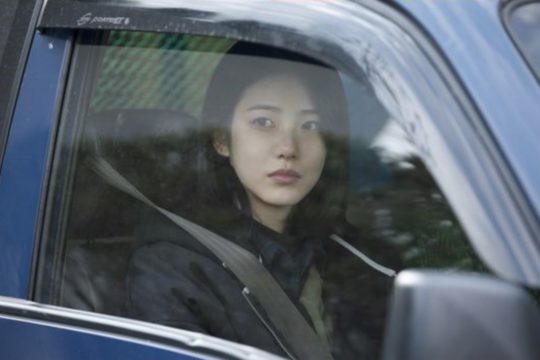 Yoon Jae In is regarded by those around her as perfect, from her looks to her family. However, it’s all a farce; she has nothing but her pride and intelligence. What happened to Yoon Jae In for her to erect and maintain these walls around herself, and what is she running from?

“I hope you show what you are capable of.” 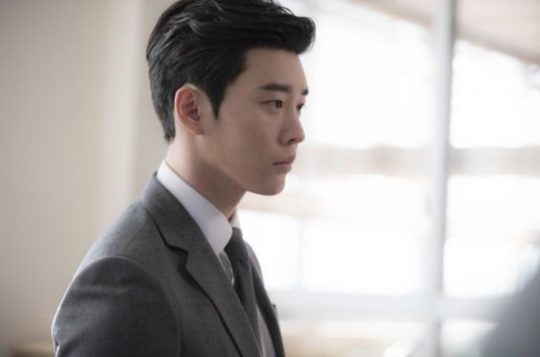 Prosecutor Kim Sung Mo is the man who saved Ian’s life when he was young. He’s got a cold and sharp gaze that belies his warm heart and how he cares for Ian like a younger brother. He is well aware of Ian’s amateur abilities, and in asking Ian to show what he is capable of, does he have a hidden motive?

“Because it’s a perfect copy of the Yeongseong Apartment case from 11 years ago.” 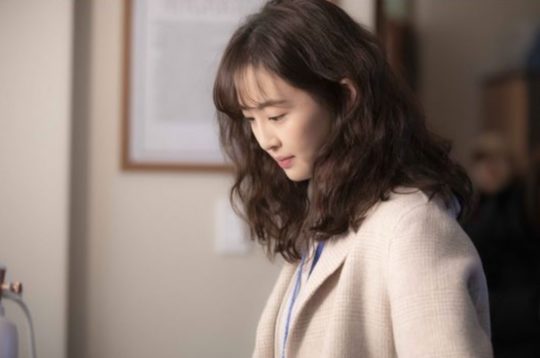 The fates of the characters in “He Is Psychometric” are deeply tied to the fire at the Yeongseong Apartments from 11 years ago, and Eun Ji Soo recognizes that whatever is going on now is connected to the 11-year-old case.

Upcoming tvN drama “He Is Psychometric” has released a new trailer!

“He Is Psychometric” is about a boy named Ian (played by GOT7’s Jinyoung) who can read others’ secrets through physical contact, and a girl named Yoon Jae In (played by Shin Ye Eun) who’s trying to hide a deep secret.

The teaser begins with a voice reading off of Ian’s rap sheet including the number of his gang fights as well as his days of tardiness, early leave, and absence. He jumps over the school wall with ease as a crowd of female students excitedly scream while watching him.

Yoon Jae In transfers to a different school at the end of her senior year of high school and says hello to her new teacher who’s impressed with her grades. Behind her sweet smile, however, lies a dark past including her father getting dragged away by the police and her getting bullied at school.

In another scene, Ian expresses confidence as he stands in a lab in front of a dead body. After putting his hand on something, he sees a woman attacking someone, her photo on a wall, a clothing tag, a woman in a white lab coat who’s carrying items in a basket, and prosecutor Kang Sung Mo (played by Kim Kwon) smiling at an investigation site.

The trailer continues to show a suspicious event in the past where the floor of an apartment exploded. Eun Ji Soo (played by Dasom) expresses concern that the current case might not be fully resolved like the apartment explosion, but is met with anger when she brings it up to the police.

Someone claims that a witness has turned up and more glimpses of suspicious people and events are shown. Eun Ji Soo asks how much longer he plans on letting Ian be the way he is, and prosecutor Kang Sung Mo (played by Kim Kwon) replies, “Until there’s someone he wants to sincerely use psychometry on.”

The teaser concludes with Ian being chased by Yoon Jae In and getting kicked by her after she accuses of him of being a perverted psycho.

Shin Ye Eun will showcase diverse charms via her upcoming drama “He is Psychometric.”

In the upcoming tvN drama, Shin Ye Eun plays Yoon Jae In, a policewoman who is hiding a deep secret.

New stills show two very different sides of her character. During her high school days, she appears chic as she tries to maintain an image of perfection to hide her pain. However, she lets go of her act to show her more natural and clumsy side when at home. Regarding her character, Shin Ye Eun commented, “I think the most charming aspect of Yoon Jae In is her sharpness from her smart brain. Her confidence of expressing her thoughts in an articulate manner to friends and teachers is what makes Jae In a more charming character,” and added, “Everyone thinks she is a smart and upright person, but her clumsiness that shows once awhile is also a point that cannot be missed.” 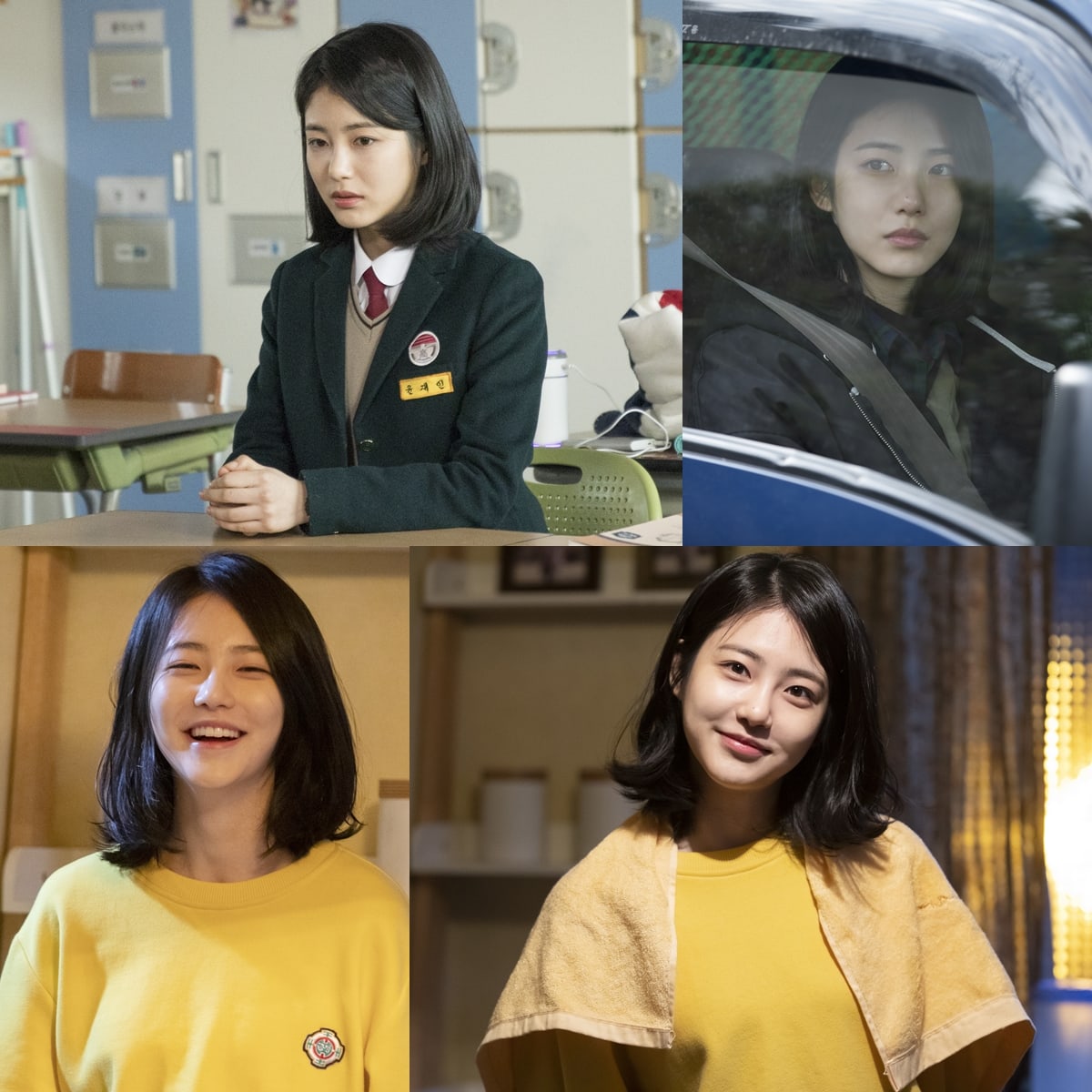 Shin Ye Eun will star opposite GOT7’s Jinyoung in the new tvN drama, which premieres on March 11 at 9:30 p.m. KST. 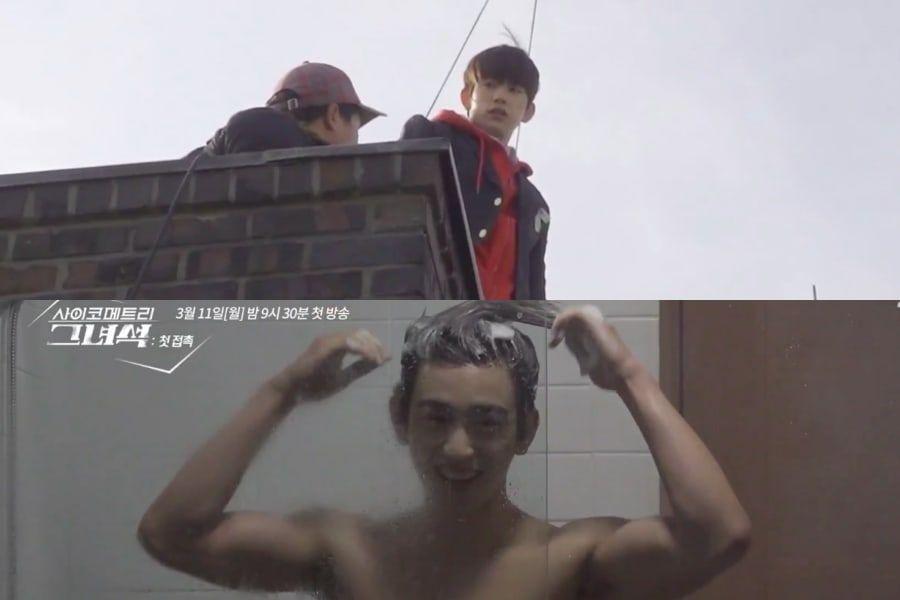 On March 5, upcoming tvN drama “He is Psychometric” aired a special episode with behind-the-scenes footage and previews ahead of its premiere.

The new drama is about Yi Ahn (GOT7’s Jinyoung), who has psychometric powers, and Yoon Jae In (Shin Ye Eun), who is trying to hide a deep secret.

During the special episode, various new sides of Jinyoung were shown as he takes on his new character.

He is seen attempting action scenes like jumping over a fence and wire flying. Although he seems a little nervous at first, he easily nails the scenes and even comments, “It’s really fun,” after wire flying.

On a fight scene against 17 people, Jinyoung says, “It honestly was difficult to match [our moves],” and shares, “I constantly got martial arts lessons whenever I had time. Although I am still lacking a lot in martial arts, I think I was able to shine because the other actors are so good.”

A preview is also shown of Jinyoung baring his toned abs for a shower scene.

Check out the clip HERE (to the soompi article that has a naver link I think which is blocked in my country or the Koreaboo article of the same teaser, OR we can just jump into the important part anyways:)


Omona, don't you wanna watch a drama with a wholesome Kpop Boy™ who comes with looks, nice personality, multiple talents (including acting) *and* now a six pack? (I mean, that's not too much to ask for is it?) Well here he is!
Let's enjoy Jinyoung's much-awaited (source: OP) return to acting in his first lead role! Abs included at some point apparently?! Well I'm sold, bring it on. 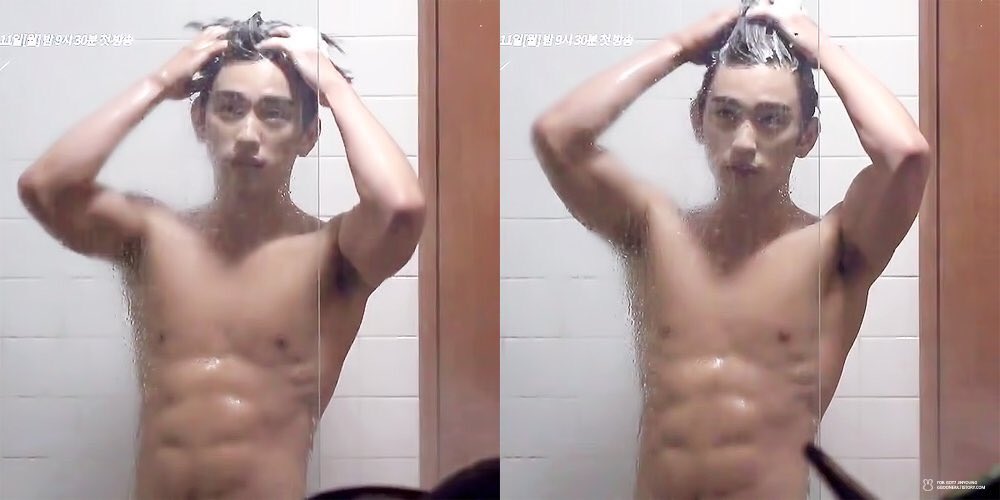