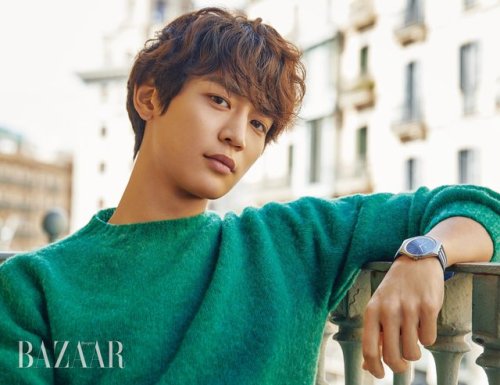 News outlet Sports Chosun reported that Minho is currently awaiting the results after applying to join the Marine Corps. According to the report, Minho applied for the Marine Corps at the end of January. He passed the first round of examinations and recently went through the interview and physical examinations.

In response, SM Entertainment confirmed, “It is true that SHINee’s Minho applied for the Marine Corps. He is currently waiting for the results.” Minho will be enlisting sometime in April.

At the end of last year, Minho completed filming for the upcoming film “Jangsa-ri 9.15”, which will be released after Minho enlists in the military. Minho also plans to meet his fans at an encore event of his fan meeting tour “The Best CHOI’s MINHO” on March 30 at Korea University’s Hwajung Gymnasium.

Minho will be releasing his first single "I'm Home" through SM Station. The track will be out on March 28 at 6pm KST.