🌟SPICA🌟 have a surprise reunion for one night!

hi omona 🙋🏻 it is I, resident Spica stan, finally back with an OT5PICA update after 84 years!

how the reunion came about: Bohyung and Jiwon were guests on H.O.T's Tony Ahn and Lee Jae Won's bar talk program Talk! Live on 4th April, and the PDs reached out to Boa, Sihyun and Narae to appear as a surprise :) videos of the OT5 surprise (done in the BEST way) and some translated anecdotes after the cut! (they also had snacks and alcohol and reminisced and had a surprise cake for birthday girl Jiwon 🎂 it was a lovely night of surprises 🥰)


[Tonight]
OT5 Tonight ft. some backstage scenes of the 3 before they appeared


[You Dont Love Me]
OT5 YDLM ft. both main vocals forgetting their lyrics

I have never been prouder to call Kim Boa my ult 🏳️‍🌈💜🥰 pic.twitter.com/X0cGTeZjjM

[before the surprise appearance]
Tony: There are always tough moments when you're a solo singer. Do you miss the times when you were in a group?
BH: It's funny... Before this [Jiwon and I] went to the salon to prepare and all the members were there, but we all had different schedules.
JW: Right! We were only there for two hours, I don't know how we were so lucky to be able to meet one another in that two hours.
BH: Yes! Some of us were dyeing hair, some were preparing for photoshoots... It's been a year since we last met, and we were so happy to see one another's faces that we decided to meet again on 6th April*. I was so happy to see them that I almost cried.
JW: 5th April is my birthday, and they said we should avoid meeting on that day, so we finally decided to meet on the 6th.
Tony: Do you have anything want to say to your members?
BH: To my unnies... Umm... I...want to be together again, to be honest.
*they ended up not meeting again due to schedule conflicts as I expected
[after the surprise appearance]
JW: No wonder we were all at the salon!
Boa: I didn't lie, I really had work before coming here.
JW: So who planned this?
Tony: Of course the PDs of this program!
LJW: Did you think or suspect that the members might appear on the show when you saw them at the salon?
BH: No, I completely didn't expect this.
NR: We knew Bohyung wouldn't suspect it, but we thought that Jiwon suspected it and acted like she didn't know. It doesn't make sense that you wouldn't notice! Bohyung cried...
Boa: Yes, but I knew she would cry.
NR: I mean I didn’t expect her to start crying so quickly!
[on meeting up]
Boa: It's definitely good to meet one another more, but not everything turns out the way I hope.
LJW: Same here, but why?
Tony: Because we're all worried that may give each other pressure. the members may be too busy to meet.
Boa: Yes, that seems to be the biggest reason, because all of us are on our own paths. For example, after we decide to meet, some of the others may suddenly have things to do, and then I'll worry that they may feel sorry when rejecting me.

[on marriage]
LJW: What do you all think about marriage?
Boa: When I was younger had thoughts about getting married, but now I don’t.
NR: If there’s a good man just right beside me when I’m ready to get married, I think I will.
Boa: There's no such thing as a "good man" in this world.
Tony: What are you talking about? I’m quite a good guy!
Boa: So can I marry you?
Tony: Wow, we're having a live broadcast now!
[on tattoos]
Boa: [shows tattoos on her arms, timestamp here]
SH: Weren't you afraid of getting found out by your dad?
Boa: Yes, I thought I would get killed by him.
SH: You still haven't been caught by him?
Boa: He knows... He was just staring at my arms, and he was like, "Ah okay..." I always tried to wear long-sleeved outfits when I went back to my hometown, but once I unintentionally rolled up my sleeves because it was too hot. My grandmother stared at my arms and asked [calmly], "Will the colour fade and disappear?"
Tony: Tattoos can be removed with technology anyway.
Boa: But I don't think we get tattoos with the intention of removing them eventually, but to keep them. And I think when people of our age get old, the number of people with tattoos will be more than those without tattoos. I mean that in our generation, there will be lots of old men and women with tattoos.
[on a Spica reunion]
Tony: Bohyung said that she wants to be together again. What do you all think about it?
SH: Don't we all have the same thoughts?
Boa: Can I be honest? I want to, and I will do it for sure, but... We were in a group, and now we're walking on our own paths. No matter what individual directions we're going in, we should wait until we've climbed up to a certain position... [NR: I agree.] ...So people will think, "Ah, they really have amazing lives." But if we reunite while we're in a mess, people will think that we're only doing it just to make a living, and I'm worried that I'll see such comments. I'm not saying that we have to wait until we all achieve great success individually, but if we reunite after we have made certain developments, it'll be better.
[on feelings of inadequacy]
SH: I always think that I'm not good enough. No matter where I go, I hear people saying Spica is a group that can sing very well. Of course I feel thankful for this, but I think I really don't have the talents that deserve these comments.
Boa: Absolutely not, but if you really have these thoughts popping up in your head, then just go and practise.
SH: If I don't have any development, actually... As the oldest member I always tried to practise the most and tried not to hold the team back. If I want to show respect towards my members, I should work hard and improve. It's one of the things I really feel regret about.
LJW: What did you regret the most during that period?
SH: It's not really a regret, but I feel like I was too rushed. Because I had a long trainee period, I felt so thankful to have members who could cover my inadequacies... Ah I think I'm going to cry... Actually when we were backstage and I heard Bohyung saying she wants to be together again, I was so...
Boa: Me too, I nearly burst into tears...
SH: Anyway, instead of regret, I think I should have enjoyed our stages more. I was too anxious to achieve our targets at the time.
Boa: But this is something we'll only realise after we look back on it anyway.
SH: Now I feel like Spica is my ex-boyfriend, and I can only remember the beautiful moments.
Boa: Sorry, but I don't love you.
SH: It's okay, I love you.

Boa: I'm the leader, but I feel like I'm an inadequate leader, and so I feel sorry towards my members.
Tony: In what aspect do you feel you're inadequate?
Boa: I think I should have held them tighter or kept them together better. To be honest, I think sometimes they were out of control. And when I couldn't control them well, I thought, "Ah, they don't listen to me because I'm not reliable enough." Even now, looking back, I still think that I wasn't qualified to be a leader.
BH: Actually Boa unnie is a big reason people called us a talented group.
SH: Of course! Idol groups usually have vocal lessons, but we never did because we had Boa.
BH: Boa unnie leads us very well, for real! 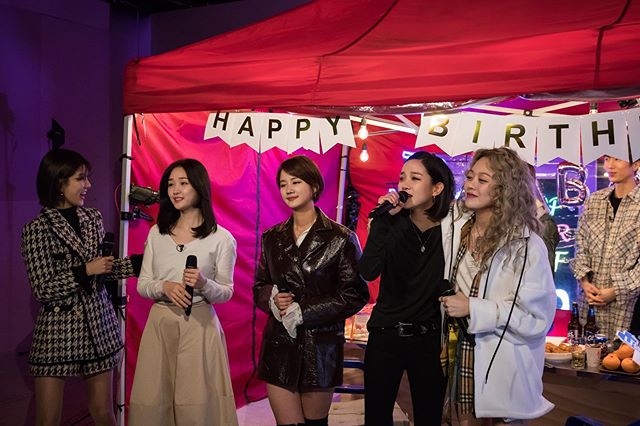