DISCLAIMER: THIS WILL BE A MEDIA HEAVY POST, WITH LOTS OF CUTS!
also, don't mind my voice and singing the videos. just a fangirl having some fun.

one week ago, the BFF and I traveled to Chicago to see BTS at Solder Field for the Love Yourself: Speak Yourself World Tour. this would be our second time seeing BTS Live in Concert (EP III WINGS), but our first time at Soldier Field. side note: we are both football fans, and love the Green Bay Packers. we were headed to enemy territory. Soldier Field is one of the oldest football stadiums in the US and i was super pumped to go there in the first place. anyways, so we got into chicago about 3pm friday - we wanted to take an extra day just to rest, relax and possibly do some sightseeing. waited an hour in traffic, but when we got to our hotel, we were amazed by what we saw inside.

the staff were wearing BTS shirts, photos in the lobby and they even had a photo area with all the member's photos. this was the concierge's desk. 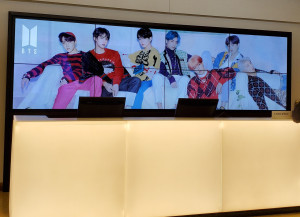 Arrived in Chicago for our boys’ @BTS_twt concert @SoldierField and @HyattMcCormick had their staff wear these shirts and photo op area. #BTSxChicago pic.twitter.com/22jL1whXwg

after we got settled in our hotel room, we ventured out to see Soldier Field and get merch. YES I GOT MERCH THIS TIME. i was so happy about that. i now realize that i did not take a pic of all my merch... hold on... 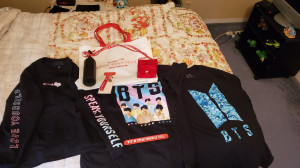 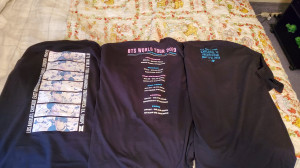 i got the shopper bag, film strip long sleeve, the shirt with the tour dates and there was a special shirt (Blue BTS Logo) specifically for Chicago, and the Jimin keychain from the Merch stand.
the little crossbody and waterbottle with BTS Logo from the popup store
the stadium outside was amazing. they had the uno cards and mattel dolls on display at a booth, a ARMY Bomb syncing station, BTS Studio (we did not get tickets for that) and lots of photo ops with banners and screens. 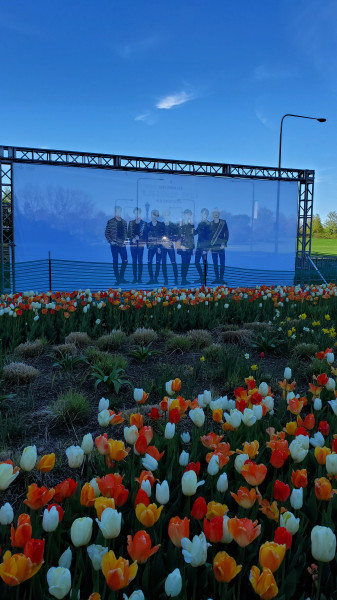 we got up and were going to go to The Bean in Millennium Park and take photos and check out the BTS Pop Up Store. after we parked we walked over to the pop up store which opened at 10am - we got there right when it opened, the line was literally around the block. we waited 2.5 hours in the cold for this.
we didn't make it to the bean. our parking ran out and were cold, so we went back to the hotel to eat and get warm! it also started to RAIN as soon as we got back to the hotel, after we ate and got ready with our ponchos. we ventured out to the stadium to get inside.

TIME FOR THE SHOW!

after standing the light rain and wind for 1.5 hours, we got to our seats. our seats were amazing, minus the one sound tower that was clearly in our way of the outer stage. 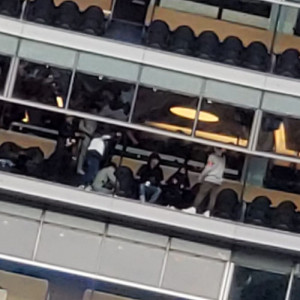 TXT WAS THERE FOR THE SHOW! THEY HAD A FAN MEET THE NEXT DAY
CONCERT FOOTAGE!
another disclaimer: it's was cold and the wind was blowing right in my face
so the videos maybe shaky and sound may be muffled from the wind.
INTROS: THEY ALL SPOKE ENGLISH FOR ALL THE TALKING MENTS. THEY WERE SO GOOD.


ENDING MENT. JIMIN TOLD US NOT TO CATCH A COLD, IT WAS SO CUTE.

most my photos did not turn out well this time. i think it might have been the auto focus. so here's goes nothing. 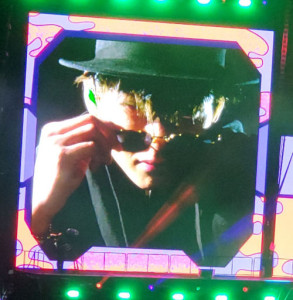 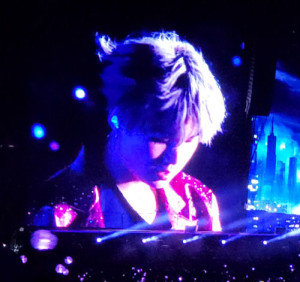 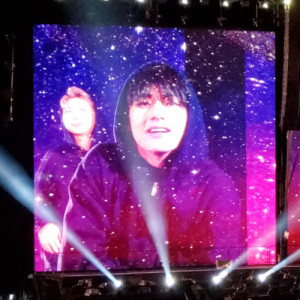 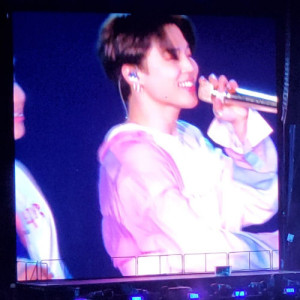 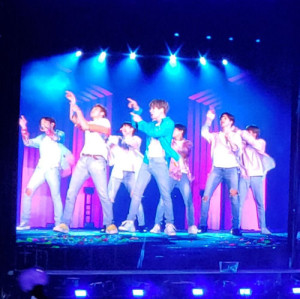 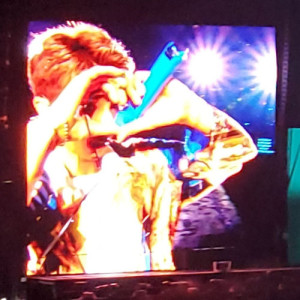 i'd like to thank the huge giant screens. that was the only ot7 photo that i have.
they said they'd be back next year! i'm hoping if they do come back next year and it's in Minneapolis, i want to be there. they put on a great show. i felt bad that they had to perform in the freezing cold. they peformed day two in the rain, those poor boys. the show must go on, rain or shine or freaking freezing cold temps!