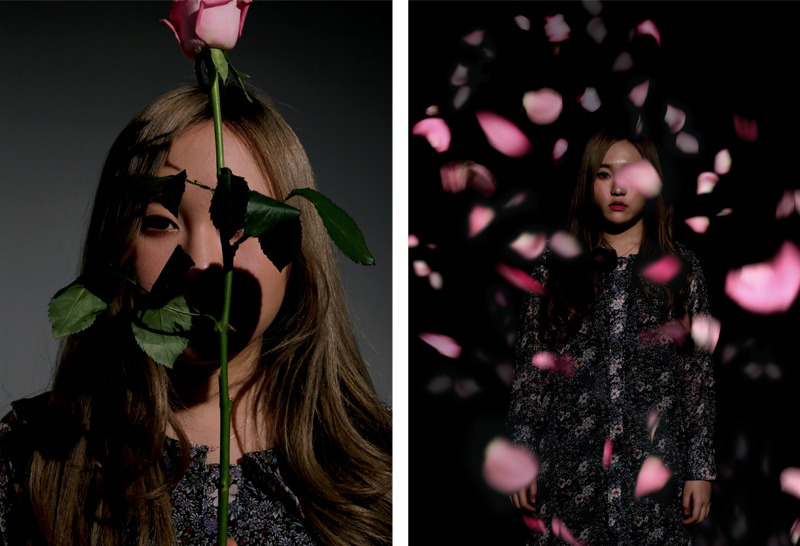 She provides the perfect dreamy, yet punchy escape from reality with her cristallin voice.
Most of her songs are in english with  bit of korean sprinkled on top

You can listen to her on spotify or buy her albums on itunes (unkind is like 2,99 and totally worth it)


No City for Love


Interview
SELECT CUTS: YESEO
Introducing some of the most exciting new voices in the Korean music scene


Since she began sharing her music via Soundcloud two years ago, independent artist YESEO has developed a following online, mostly by word-of-mouth. Introductions through Korean online music platforms Mnet and Naver were the spark for exciting opportunities – YESEO opened for British electronic music duo HONNE and French producer Cherokee when they came to perform in Seoul. Though she is only two years into her career, this serious artist is slowly but steadily pursuing her dream.

There are more singers in Korea than ever before, but YESEO’s greatest advantage is her unique voice. The gentle clarity of her vocals provides a refreshing contrast against heavy and sweeping house genre productions. When she sings over R&B productions, the dreamlike quality of her voice shines. Moreover, YESEO is not only an impressive vocalist, but also a talented producer. Her self-awareness allows her to produce music that best suits her personality. YESEO’s compositions always embody a unique, dreamlike atmosphere and her clear melodies pierce through her multi-layered compositions.

This January, Noisey highlighted YESEO as an artist to watch, in their article, “There’s a New Wave of Korean Musicians Thriving Outside of K-Pop.” We know YESEO is on the verge of something great.

Q. Your dreamlike vocals are really beautiful. I was surprised to hear your speaking voice is similar. Is there a quality you focus on when you’re recording?
When I record, I try to be as relaxed as possible. I think that’s why people often comment on the similarity between my singing voice and speaking voice. I try my best to focus on recording as cleanly as possible from the beginning, to avoid editing my voice later on. I focus even more on the parts of a song that I think are the most important.


Q. Would you share any hints or descriptions about your upcoming EP release in May?
This will be my first EP release and I’m anticipating about 8 songs (but it’s not a full-length album!). The overall theme of the album is my youth. I tried to capture the thoughts that run through my mind during what is surely the most beautiful, but also the most confusing, stage of my life. I also focused on including more Korean lyrics for this EP, so that more listeners can really connect with and relate with the story behind these songs.


Q. Although it’s been only about a year since you’ve started sharing your music through Soundcloud, it seems a lot of people have already come to know your music. In your opinion, what’s the reasoning behind why your music has spread so quickly?
I would like to think my vocals are the focal point of my music. There are many producers or DJs in the Korean electronic music scene. I would say many of these artists create music that’s beat-oriented. However, my production style revolves heavily around melodies. I wonder if this is why more listeners find my music easy to enjoy. Also, since I produce my own music, I tend to know what type of arrangement or composition best suits my vocals.


Q. You’ve been working on collaborative projects that showcase good synergy, such as “See From the Sea” with Deepshower. This movement seems especially special, as listeners get to hear you sing over a production style that’s incredibly different from your own.
Yes, it was an especially memorable and fun opportunity to work in a new genre, and with a melody that I didn’t create. Recently, I received a beat from [French producer] Cherokee. I recorded my vocals and sent them over. I haven’t worked extensively with house music productions, but it was surprisingly not as difficult as I had anticipated. It was a very exciting experience. It was a good opportunity to reinterpret someone else’s music. I imagine I will be participating in less collaborations – whether it’s featuring or toplining – until I solidify myself as a solo artist first. However, by all means, if an artist reaches out to ask if I can collaborate and the song is good, I’d love to work with them.


Q. Many of your lyrics are in English. Is there a reason why you write and sing in English?
The songs that I’ve released so far were not meant for anyone in particular. These songs have been more like a diary of my daily life. When I sketch melodies, it’s more comfortable for me to sketch in English. Of course, I enjoy Korean lyrics, but I like the particular mood that you can get across in English. I write songs often, and I’d say most of my songs take about 1~2 days to finish, or up to a week at most, because I’d like to capture the mood that I felt at the start of my songwriting process as accurately as possible. However, I anticipate writing more Korean lyrics for the songs that will be released in the near future, which will be another fun and growing experience for me.