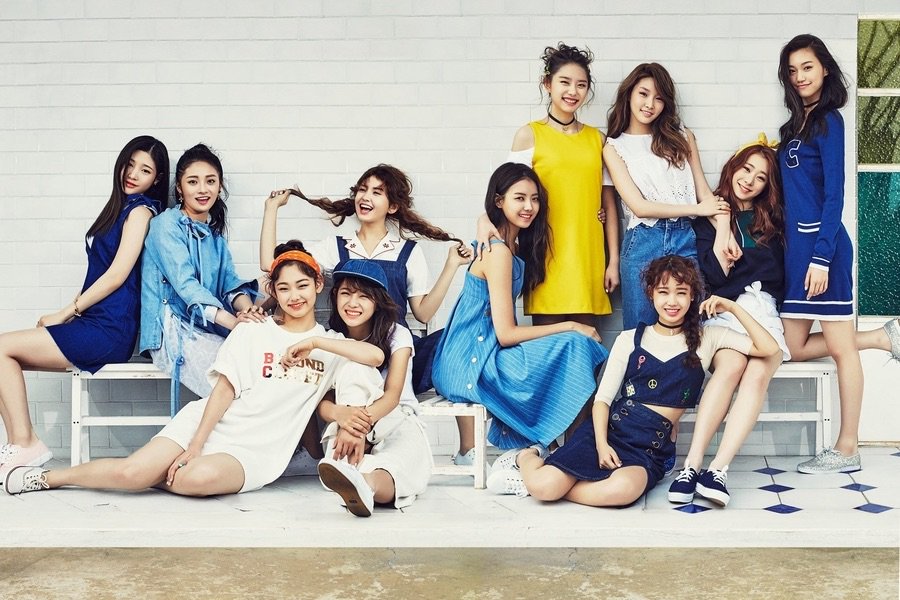 On June 28, reports emerged that I.O.I was gearing up for a reunion. A source related to the group responded by stating, “It’s true that a reunion is in the works, but no details have been decided. We’re currently in talks over scheduling and we will share news on this soon.”

This response is different from the cautious approach for previous I.O.I reunion rumors. Though talks are currently underway, no final decision has been made yet by any of the members.

As reported earlier, both agencies for Jeon Somi and WJSN’s Yoo Yeonjung have responded by saying that it would be difficult for them to promote with I.O.I, but they have not completely ruled it out. A similar issue holds for the other nine members, as they each have their respective schedules leading dramas, releasing music, and appearing on variety shows.

Speculation is that I.O.I will return with nine members (gugudan’s Kim Sejeong and Kang Mina, Weki Meki’s Choi Yoojung and Kim Doyeon, DIA’s Jung Chaeyeon, Kim Sohye, Chungha, Kyulkyung, and Nayoung) but nothing has been decided. The members’ agencies are set to meet next week to iron out details and make a final decision.

I.O.I is coming back

CJ says they are coordinating the schedule and they will share it soonhttps://t.co/U4bvB5fkKl pic.twitter.com/knLLGkXIwc