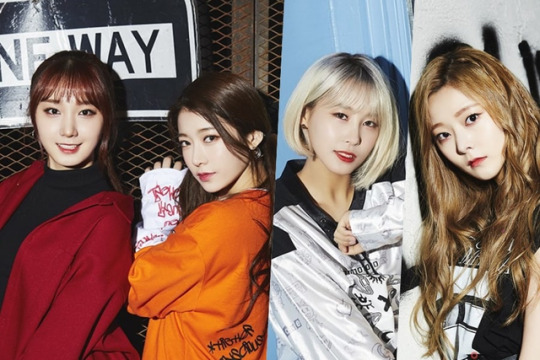 Several former members of PRISTIN will soon be returning to the stage as members of a brand-new group!

On October 21, Al Seul Bit Entertainment announced that Eunwoo, Roa, Yuha, and Rena would be debuting together in the agency’s first girl group since its establishment. A spokesperson for the agency officially confirmed, “We are launching a five-member girl group with the goal of a debut sometime in November.”

The agency continued, “The new girl group will include former PRISTIN members Eunwoo, Minkyung [Roa’s given name], Kyungwon [Yuha’s given name], and Yebin [Rena’s given name]. They will be debuting together with a new member who has not yet been revealed to the public. We ask that you show a lot of anticipation [for their debut].”

All four of the idols appeared together on the first season of Mnet’s “Produce 101” in 2016 before making their official debut as members of PRISTIN in 2017. The group eventually disbanded in May of this year, when all but three of the members parted ways with Pledis Entertainment.

users at reddit have done some digging; the ceo appears to be an ex-sm exec who was in charge of their indonesia branch.
their official twitter is RSBent_ which is I guess them romanising the initials of 'Aseulbit'
Tags: debut, ex-group members, pristin, produce 101 alumni
Subscribe