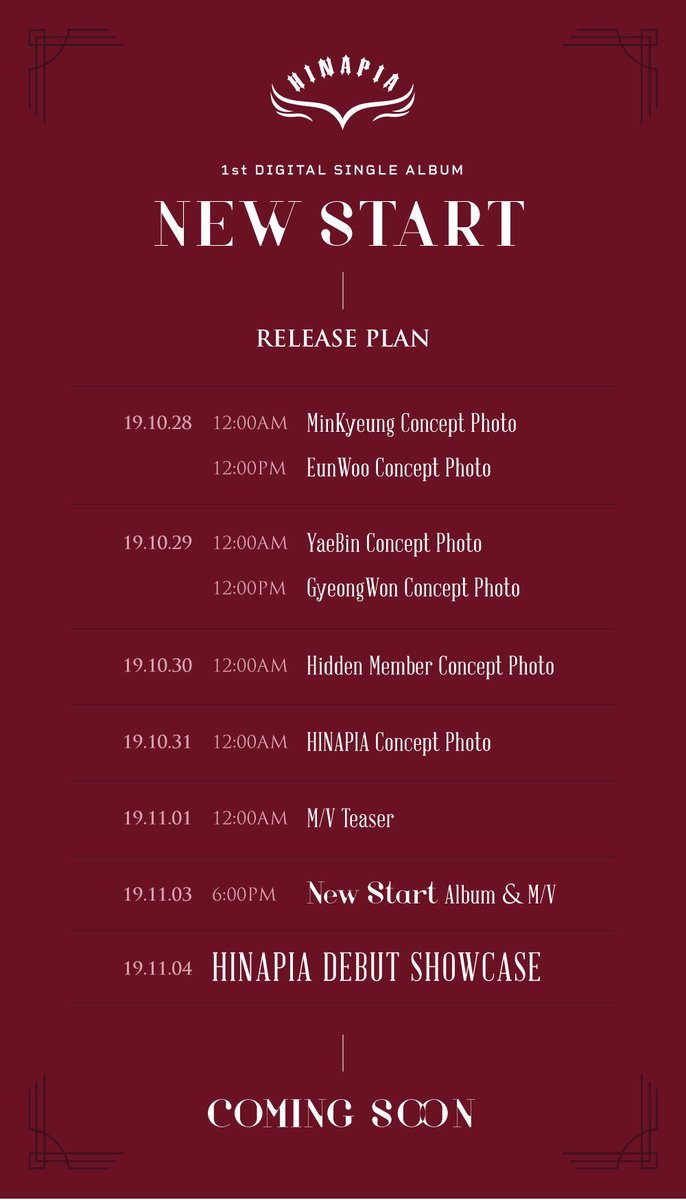 The former PRISTIN members are back with their birth names (but with different romanization)! There are rumors that the hidden member is named Bada.

Also funnsies, the twitter first uploaded this schedule but hastily deleted it, before later uploading the above one xD

: don't leave your assignments for the last minute
rsb 2 minutes before 00:00 KST: pic.twitter.com/tWCAQJQ3WE

Minkyeung (Roa) and Gyeongwon (Yuha) are gonna take some time to get used to, I wish they would have went with Minkyung and Kyungwon!