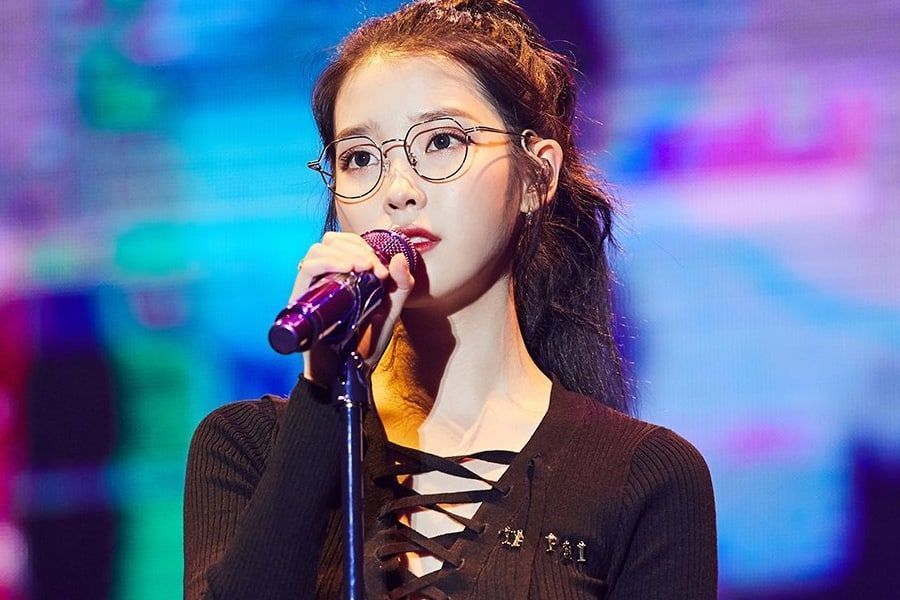 On November 3, IU’s agency, Kakao M, released a statement about actions taken against concertgoers during a concert at the Gwangju University Universiade Gymnasium the previous night.

"Hello. This is Kakao M.

These are the details regarding measures that were taken against [a concertgoer] who was kicked out of IU’s Gwangju concert on November 2.

This Gwangju concert was the starting point of a tour that was created through many worries and hard work during a time when the artist has been in an anxious and mentally unwell state, which also delayed her album release.

We had various concerns about this concert, such as the possibility of a misunderstanding if IU’s honest thoughts toward the venue’s audience were shared via voice broadcast or turned into text, or if unexpected emotional events were to occur beyond what is normal for a performance.

As a rule, photography and video recording are prohibited during performances, but we have not strongly imposed this rule as long as it didn’t inflict harm on surrounding concertgoers. But we decided that this concert had special circumstances.

Some concertgoers were caught live-streaming at the venue and were kicked out during the November 2 Gwangju concert. Because the staff does not have the right to randomly search personal belongings of audience members during the fact-checking process, the streaming equipment was checked with the presence of the police, and both sides prepared written statements that confirmed the details after going to the Gwangju Hanam Police Station.

It has been reported that a complaint was filed, but the truth is that the concertgoer who was kicked out of the venue wrote a statement and a concert staff member wrote a report of the incident.

During the confirmation process, it was revealed that one of the people caught had been live audio streaming for many years, and had began live streaming this concert from the start for about four hours with a total of about 140,000 listeners.

We sincerely apologize to surrounding audience members whose concert-viewing was unintentionally disturbed and those who felt uncomfortable by the staff’s forceful actions and process. We apologize for creating this kind of misunderstanding and hurting the feelings of fans who love IU.

Although there might be a difference in the views of the staff and fans, we believe that everyone has the same mindset in caring for and loving the artist IU.

We will work hard to create a smooth operation for the rest of the concert tour, “Love, Poem.”


How did they catch the livestreamer? u/jeeeeek on r/kpop said:
"The only reason the guy was caught was because security was asking everyone in a section to see their tickets. Another security personnel listening to the stream overheard his colleague and pinpointed their exact location and caught the guy. Also, someone posted where they were sitting so there’s that. Security was also able to hear similar sounds on another stream and caught a different person nearby, unluckily.
So basically, kakao-m is lurking online forums and social media."

IU talked about how while preparing for this year’s concert she faced a lot of hardships, my heart hurts typing this up but I’ve translated roughly what she wanted to share today 🥺 Please keep in mind there might be inaccuracies and I’ve butchered some of things she has said 🙏🏻 pic.twitter.com/qK4xxBYP1M 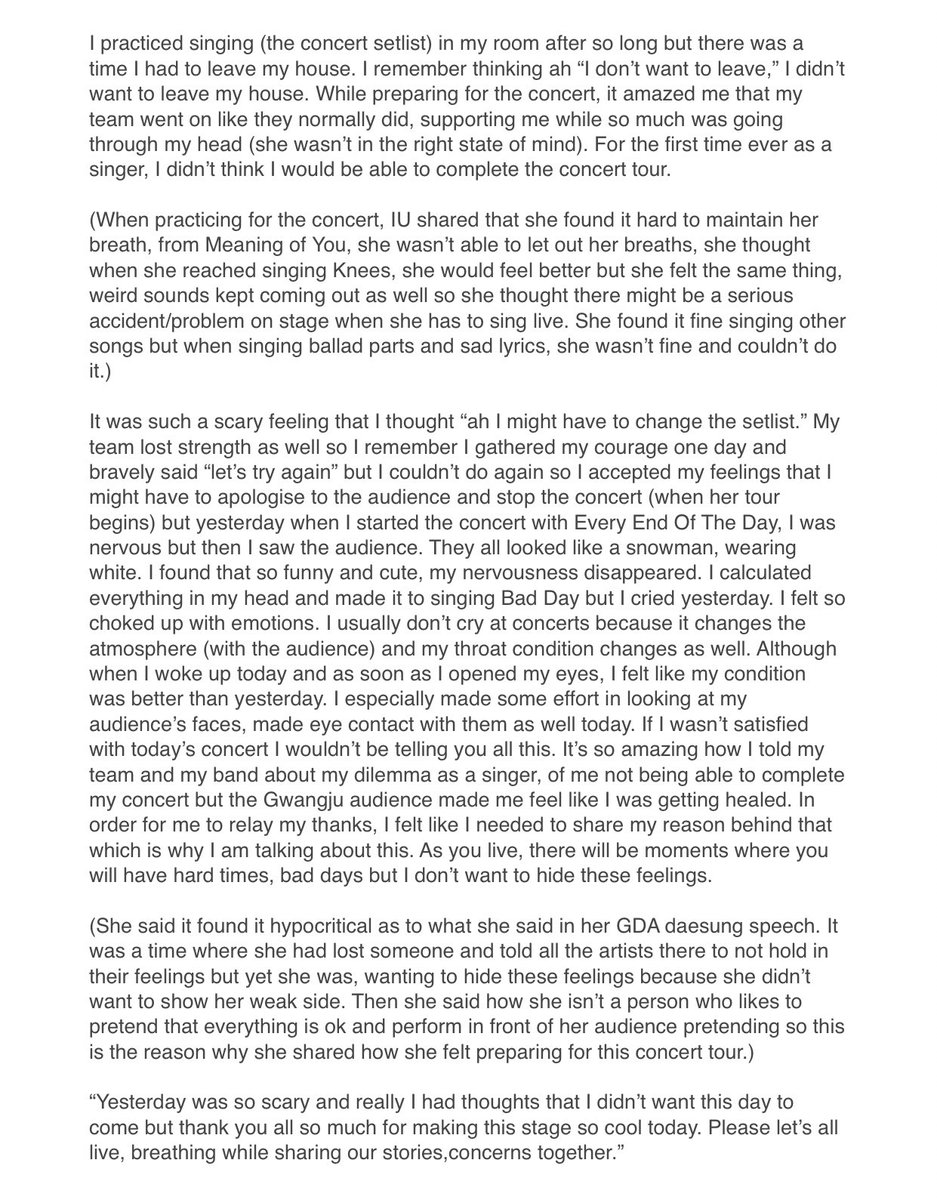 IU :((((( I hope her fans at the concerts can give her healing and comfort....
Tags: concert, iu
Subscribe