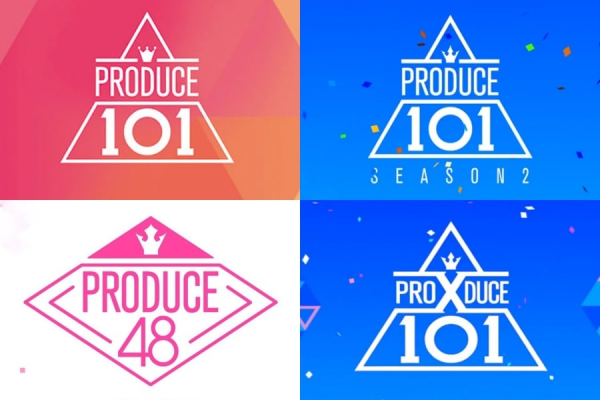 Eight people have been indicted in connection with the controversy surrounding vote manipulation in the “Produce 101” series.

The Seoul Central District Prosecutors’ Office stated on December 3 that producing director Ahn Joon Young and chief producer Kim Yong Bum have been indicted with physical detention for suspicions of obstruction of business and fraud. A show producer known as “A” and five others including entertainment agency staff members have been indicted without physical detention for suspicions such as breach of trust through bribery and violations of the Improper Solicitation and Graft Act.

According to the prosecution, they are under suspicion of manipulating the results of the paid votes received from viewers during the live broadcasts of all four seasons of “Produce 101” in favor of certain contestants.

Ahn Joon Young is also under suspicion of breach of trust through taking bribes. It was previously reported that in January 2018, he began receiving favors at drinking establishments that were allegedly paid for by an entertainment agency. According to the report, escorts were present, and police have stated that over 100 million won (approximately $86,355) was spent for these drinking entertainment services.

On December 3, Mnet released an apology statement. “Produce 48” group IZ*ONE and “Produce X 101” group X1 have been on hiatus after Ahn Joon Young admitted to manipulating the rankings, and Mnet also stated that they will announce plans for the future for these groups as soon as possible.

A report by the news outlet Hankook Ilbo has outlined further allegations about the manipulation of “Produce 101.”

The December 5 report states that the rankings of all members of IZ*ONE and X1 were rigged. In addition, one member of Wanna One reportedly made the final lineup due to ranking manipulation.

It’s reportedly said in the written indictment that on July 17 of this year (two days before the “Produce X 101” finale), three people including Kim Yong Bum and Ahn Joon Young met in a CJ ENM meeting room to decide the 11 trainees they wanted to debut and determine their rankings. It’s described by the Hankook Ilbo report that this was done because they had seen that in the halfway results of the pre-finale online voting, there were trainees who had already debuted in other idol groups in the Top 11 ranking, and they wanted to exclude them.

It’s also reported that the investigation revealed that the May online votes and on-site votes were manipulated so that one trainee who would have made it in the first round ceremony was actually eliminated, and another trainee was selected instead. In the third round that determined the Top 20, it’s said that they used the same method to swap two people.

The members of IZ*ONE were also reportedly decided before viewers even voted. Kim Yong Bum and Ahn Joon Young decided on the 12 members and their rankings before the voting in the August 2018 live finale.

As with “Produce X 101,” they saw that the pre-finale online votes included trainees they did not want in the Top 12, and so they determined the lineup while excluding those trainees.

It’s reported that one member of Wanna One was also chosen because of the manipulation of the number of votes. It’s described that Ahn Joon Young switched the rankings of two trainees in the June 2017 live finale of “Produce 101 Season 2.” A trainee who was in the Top 11 did not make the debut lineup, and instead a trainee who was outside of the Top 11 became a member of Wanna One.

In addition, Ahn Joon Young reportedly switched the rankings of two trainees in the May 2017 first round of “Produce 101 Season 2” that decided the Top 60, thereby eliminating a trainee who should have continued in the competition and boosting someone else.

He also reportedly did the same in the February 2016 first round of “Produce 101,” eliminating two trainees who should have continued and increasing the rankings of two other contestants.

The collusion between the production team and executives at entertainment agencies was also revealed in the investigation. From January 2018 to July 2019, Ahn Joon Young received drinking entertainment services 47 times in total, amounting to 46.83 million won (approximately $39,340), paid for by five executives from four entertainment agencies. The services were paid for in exchange for arranging appearances on “Produce 48” and “Produce X 101” and editing favorably.

All things we were already suspecting. Jonghyun, Kaeun and Jinhyuk were most likely rigged out.

But the wording makes no sense: they say they manipulated the ranking of Produce X cause they saw that in the halfway results of the pre-finale online voting, there were trainees who had already debuted idols in the Top 11 ranking and they didn't want that. But, there are 4 debuted idols in X1. Lol

8 people is better than what I expected tbh, I thought they would arrest the PD as a scapegoat and call it a day.