BTS’s new album Map of the Soul: 7 isn’t slated to be released until February 21, but fans the world over haven’t wasted any time when it comes to ensuring they’ll get their hands on a copy as soon as possible. The band’s dedicated base of listeners, known as ARMYs, have been pre-ordering the as-yet-unreleased set non-stop since it was first made available in early January, and now the total sum has reached heights only the biggest in the business can dream about.

According to a new piece published by the Washington Post, Map of the Soul: 7 has already racked up an incredible four million pre-orders worldwide. That figure is incredible any way one looks at it. 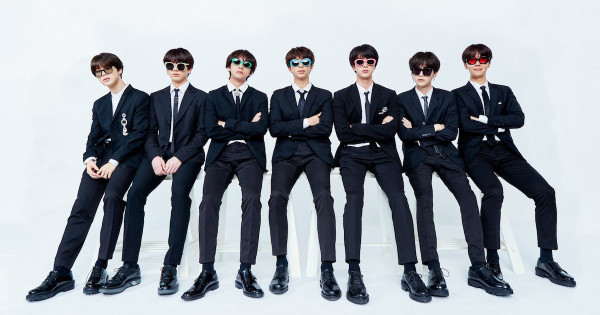 These days, people don’t buy albums, they largely stream them when they’re out, so while history is constantly being made by acts who see the tunes featured on their new sets earn higher-than-average play counts, sales are, for the most part, a thing of the past. It’s extremely uncommon for any musician, even the most successful in the industry at the moment, to sell four million copies at all, let alone before a title has even dropped.

That four million number is up noticeably from just a short time before, which shows that while millions may have rushed to place their order, there are still plenty of people interested in doing so. Big Hit Entertainment, BTS’s record label, revealed that between January 9 (when pre-orders opened) and January 15, the K-pop superstars’ new set was purchased 3.42 million times. That’s an eye-popping sum, and it has grown by at least 600,000 copies by now, perhaps even more.

With almost three weeks to go before Map of the Soul: 7 arrives, there is no telling how many more people will pre-order the latest set from BTS. It could reasonably climb to four and a half million, or maybe even higher. Even if it doesn’t sell one more copy, the title is already on track to be one of the bestselling releases in the world in 2020, and it is sure to end up on a number of year-end rankings. While these massive figures aren’t broken down from country to country, it looks like the new studio effort from the most successful Korean act is headed straight to the top of albums charts all around the globe when it’s finally unleashed.

I haven't pre-ordered yet (like many).  Still waiting on the concept photos.  Someone on Reddit is speculating that the pre-orders as of today's date may be closer to 5 million based on historical and current sales data from KTown4U.  The Forbes article references data from a Washington Post article posted last week (hence why I think the Forbes notes "With almost three weeks to go before Map of the Soul: 7 arrives...." instead of 2 weeks).
Tags: bts, when will your faves?
Subscribe