Korean music artist Jay Park, who served as Chan Sung Jung’s translator during his recent appearance on the show, was slapped by Brian Ortega during tonight’s event, Park tells me. A scuffle ensued and then broken up. Ortega took issue with Park’s translation on the show. 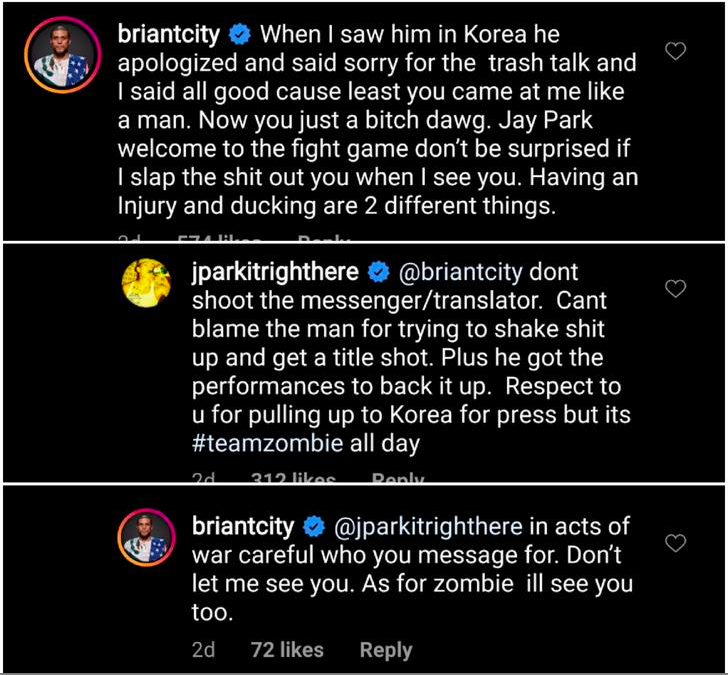