School 2020 will no longer air on KBS after casting controversy

On April 10, SPOTV NEWS reported that KBS had decided not to air “School 2020.” A KBS representative confirmed on April 14, “After discussion, the decision was made [for KBS] to not broadcast ‘School 2020.'” The drama was originally scheduled to begin filming in March and premiere in August.

A source from the drama’s production company stated, “Currently, we are discussing the programming for ‘School 2020’ from various angles. The production is being carried out without any setbacks. We are planning to make final casting decisions and officially begin the production process.” (It may be picked up by a different broadcasting channel.)

What was the casting controversy? 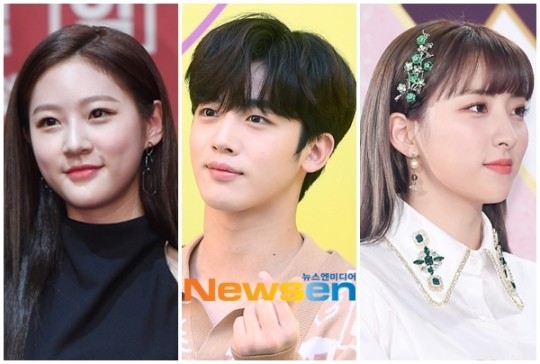 The news about Kim Sae Ron garnered attention because Ahn Seo Hyun had already participated in a script read-through for the drama. Ahn Seo Hyun had also posted about the drama on social media, including a photo of herself with lead actor Kim Yo Han and director Han Sang Woo.

Several days ago, however, Ahn Seo Hyun posted the following messages on social media: “Something even more upsetting than COVID-19 just happened,” (EditA fanaccount wrote this, not ASH). “Why don’t adults keep their promises?”, and “This too will pass.”

On March 20, asked by a reporter from SPOTV news, a source from “School 2020” said, “We were in talks with Ahn Seo Hyun, but the casting did not go through.”

According to OSEN’s report, Ahn Seo Hyun had been cast earlier than Kim Yo Han, whose casting was confirmed in early February. Ahn Seo Hyun’s father claimed that the production staff of “School 2020” had conducted under-the-table searches for another actress even as Ahn Seo Hyun participated in script read-throughs with Kim Yo Han and the director. However, as the final contract had not yet been signed, the production staff retained the right to search for a new actress.

Ahn Seo Hyun’s father said, “After she got the casting offer from director Han Sang Woo last May, she didn’t look at any other projects and prepared for nearly a year. A few days ago, she even received a revised version of the script.”

When asked by OSEN reporters why she had not signed the final contract, her father said, “In the past year, the production company for the drama changed three times. When we asked the current production company’s CEO about the contract, they kept saying, ‘We’ll do it later’ and ‘The broadcast schedule hasn’t been decided yet’ and ‘Please wait.'”

He continued, “Since she recently did a script read-through for the revised script with the director, she never suspected that they did not intend to sign the final contract. But then a new PD [producing director] approached us with a new contract that we had never seen before. It was totally different from the original contract, with terms that we had not discussed before. I think they showed us those new terms with the intention of making her say she wouldn’t accept. That being said, she didn’t officially say she wouldn’t accept. The production company kept delaying the contract until they made it seem like she had decided to step down from the drama herself.”

He went on, “We got a message from the production company CEO saying, ‘Please step down.’ I called them right away, but they didn’t pick up. I never spoke with Seo Hyun about stepping down, but we received a message from the director asking, ‘Why aren’t you doing it?’

He concluded, “I hope that even better things will come for Seo Hyun as a result of this experience. We don’t even want to win this fight. We just want a sincere apology.”

The production company for “School 2020” has strongly denied the claims made by Ahn Seo Hyun’s father. The company claims that the contract signing fell through because her father was making unreasonable demands.

The company said, “During the negotiations for the casting contract with Ahn Seo Hyun, her father made several unreasonable demands to the production staff. Because we were thinking of Ahn Seo Hyun, we still intended to go through with the casting, but her father’s demands became excessive to the point where it was hard for the production staff to handle. It was decided that it would be too difficult to continue this way.”

The company continued, “The decision to have the actress step down from the project was made through discussions between her representatives and the production company. What her father has said about the process is clearly his one-sided opinion.”

The company concluded, “Out of concern for the young age of the actress, we intended to wrap up this business quietly. It was a difficult situation, but we have decided to release this statement in response to her father spreading false information. If this situation continues, we will reveal everything about our contract negotiations with Ahn Seo Hyun and issue a strong legal response.”


As response, Ahn Seo Hyun’s side has released a statement regarding “School 2020.”, denying the company's claims.

"I spent a long time preparing with the director and production company staff for “School 2020,” which I was very affectionate and passionate about, but I’m sad that in the end the news of my departure has been conveyed like this due to several unexpected situations.

I know that the “School” series is beloved and many people have been really looking forward to the new season, and so I tried even harder to do my best.

That’s why this situation where I’m no longer in the project is difficult to believe and their inaccurate claims are also unfortunate. However, as a project that I felt a great affection for, I hope that “School 2020” will be a greater and beloved drama, and I support the director, production company, and all the staff.

Also, actress Ahn Seo Hyun will do my best so that I can meet you all again through another project.