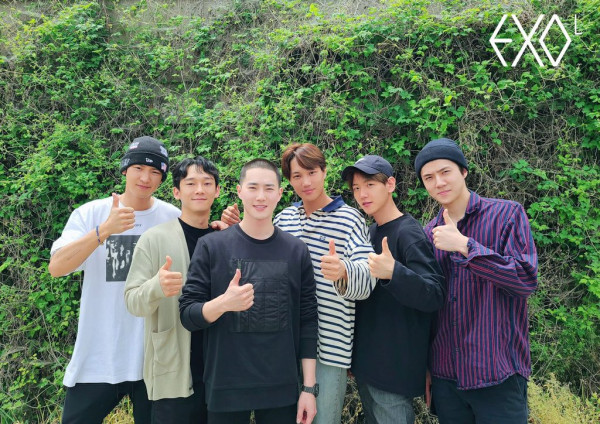 About 120 people, including 100 fans, 20 reporters, made a long line in front of the training camp. Suho quietly entered the camp with the help from official without a separate event for safety reasons. https://t.co/qEYtMK7uGD pic.twitter.com/parTV3Y62i

Today Suho enlisted quietly, like super quietly. Usually there's at least a couple pics from the media but he was nowhere to be found until pictures were posted on the LYSN app! We even got to see Jongdae send him off!
(antis can stay pressed)
Suho will be working as a public service worker (unlike Xiumin and D.O who are both active duty) so his enlistment period will be longer—640 days—and he will not be freed from the clutches of mandatory conscription until February 2022.