On July 7, Minzy guested on the MBC Every1 show “Video Star,” which is co-hosted by her fellow former 2NE1 member Sandara Park. On the program, she talked about auditioning at YG and SM, malicious comments, being labeled a “traitor” after leaving 2NE1, and more. She also brought Sandara Park to tears with a moving message of gratitude for all Sandara Park did for the group.

After the show, Minzy spoke to Xportsnews about the experience. She said, “I was a bit nervous because it was my first time going on a talk show in eight years, but the four MCs took good care of me as though I was their real younger sister and made me feel comfortable, so I was able to happily chat and I had a good time.”

She also spoke about expressing her thanks to Sandara Park. Minzy said, “Her being together with me reassured me and I relied on her a lot. I was very worried because it was my first variety show appearance in a long time, but I was grateful because she supported me a lot throughout the filming.”

Minzy continued, “Before the broadcast, she kept cheering me on by saying, ‘I’m really excited for it. Our maknae [youngest member] is so good at everything. I’m not worried even in the slightest.’ She gave me courage and was a great source of strength for me.”

“It was so great that there was an opportunity for us to be together again while we’re each working hard at our own work,” she said. “Since we can now understand how each other feels and relate to each other without even saying a word, she’s someone who’s very reassuring and supportive for me.”

After making her recent solo comeback with the single “Lovely,” Minzy has talked optimistically several times during her promotions about the possibility of a 2NE1 reunion.

Minzy said, “I think fans also really miss 2NE1 and they’re looking back again on the past precious memories of us together on stage. I hope that there will someday be an opportunity for us to all get together again.”

Finally, Minzy shared that she’s preparing to return with new music soon. She went on to say, “I also want to take on a lot of different challenges if I get another good opportunity like ‘Video Star’ again. I think there will be a chance for me to perform online for overseas fans. Please look forward to it.” 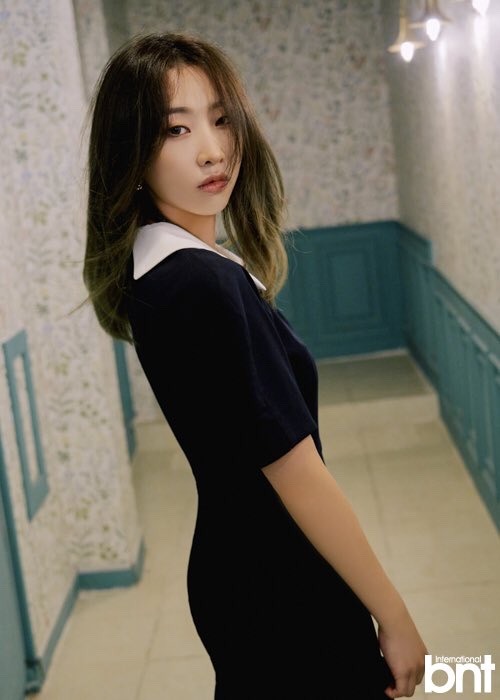 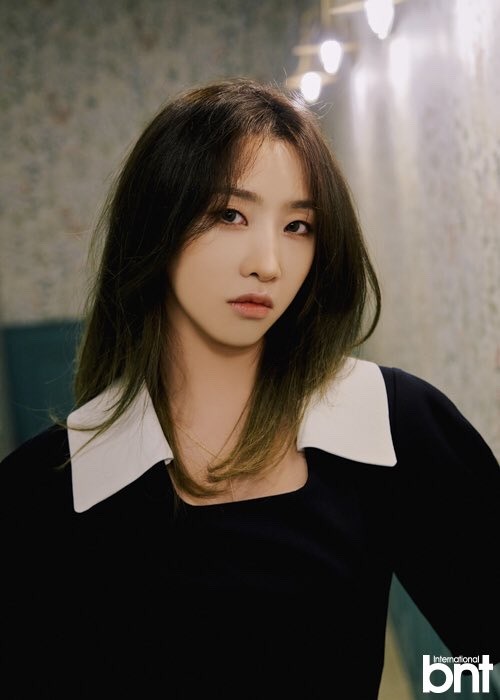 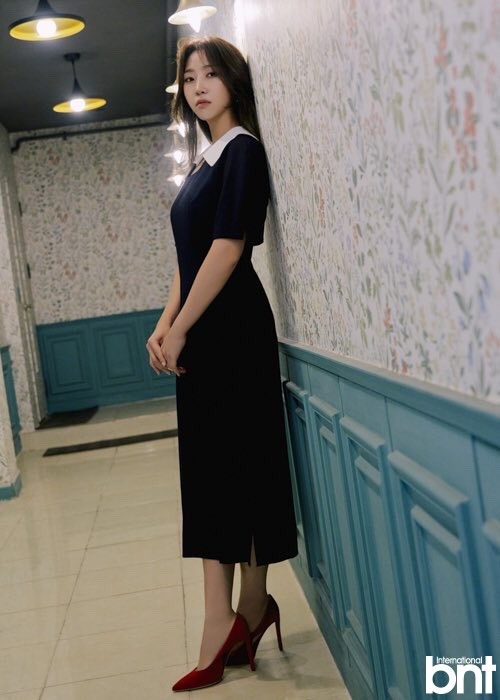 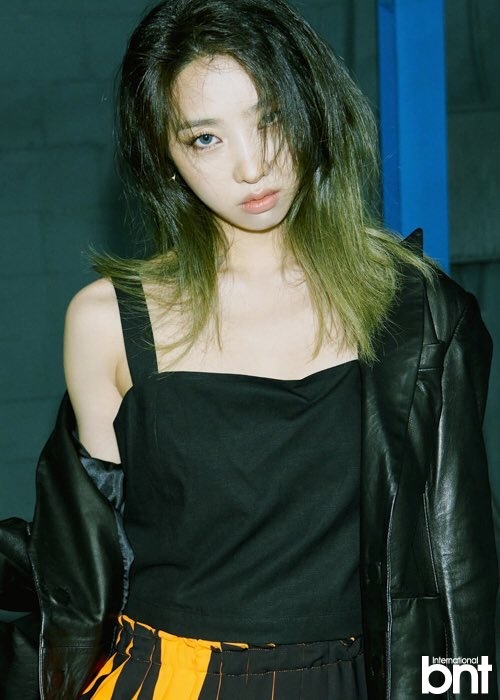 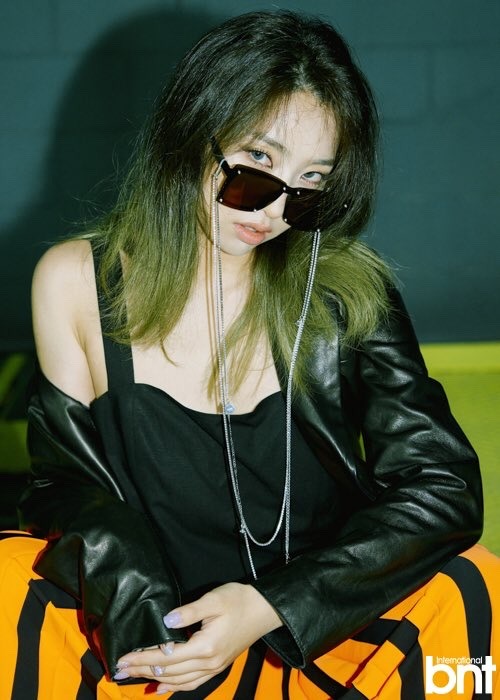 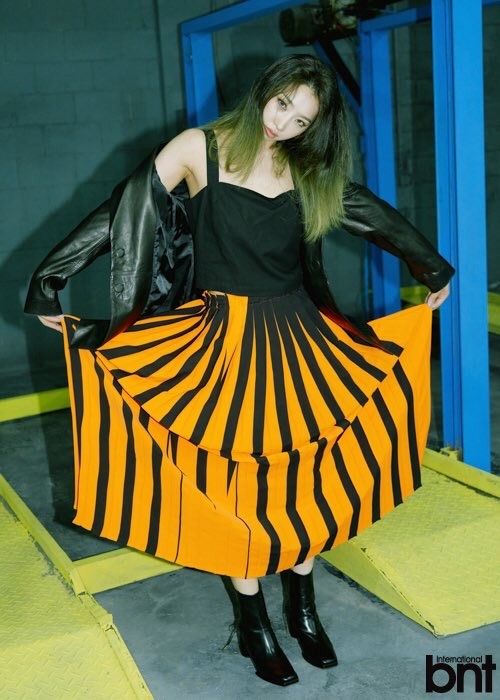 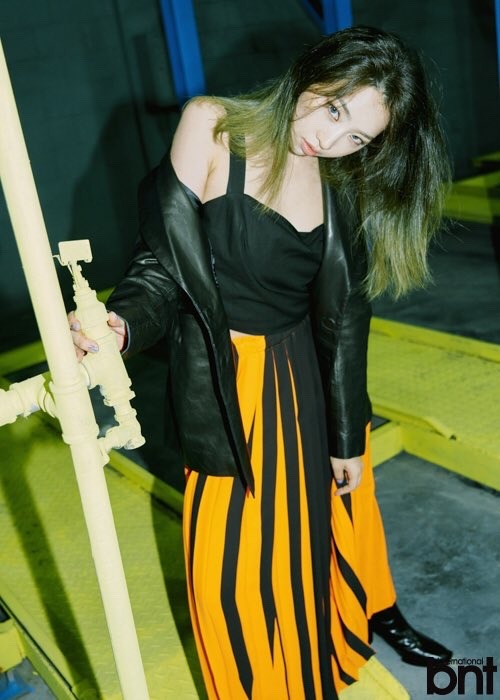 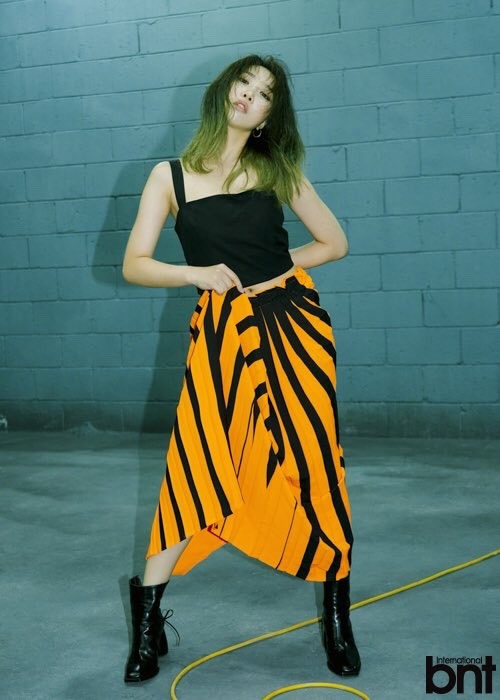 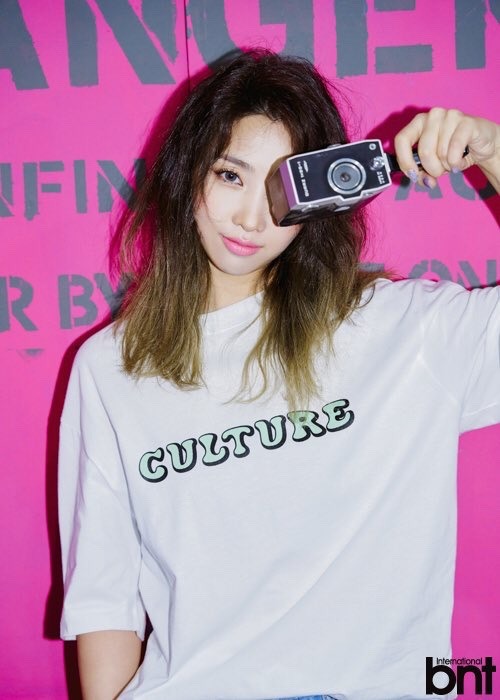 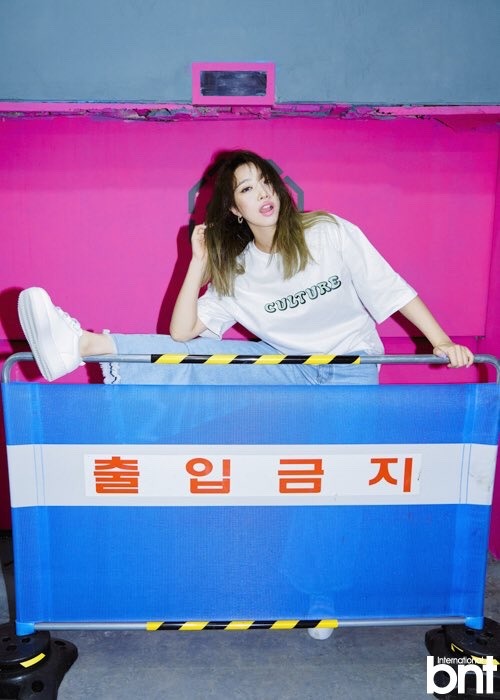 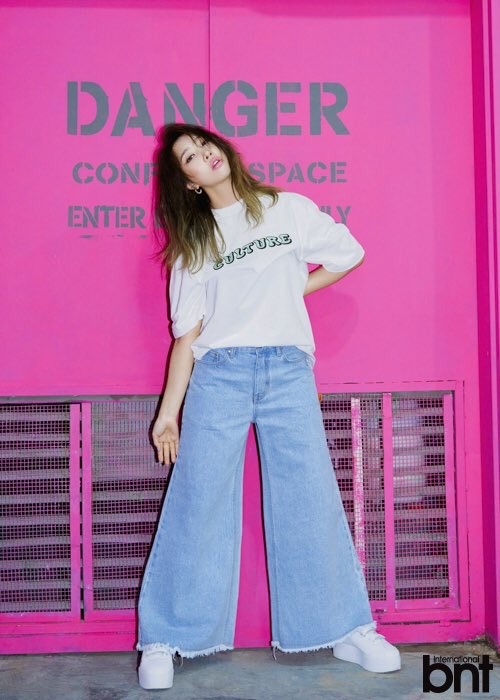 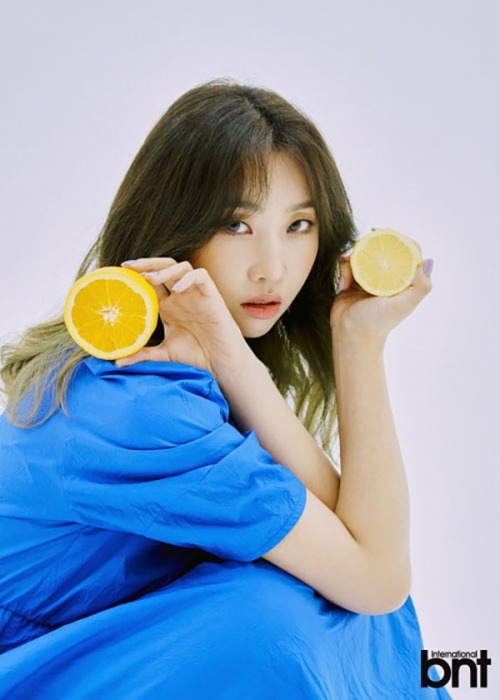 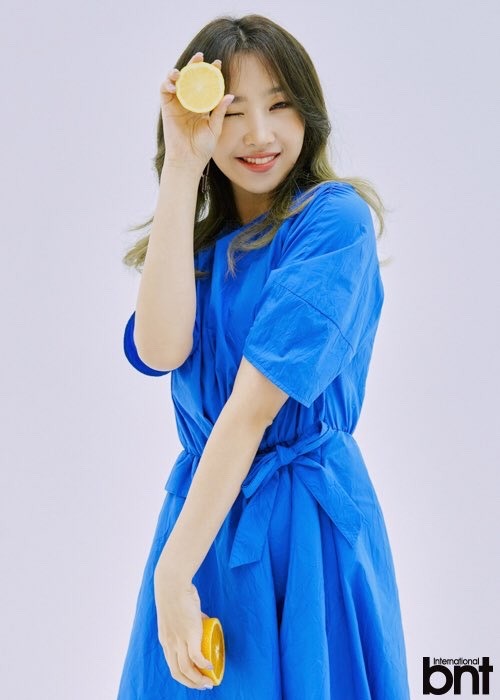 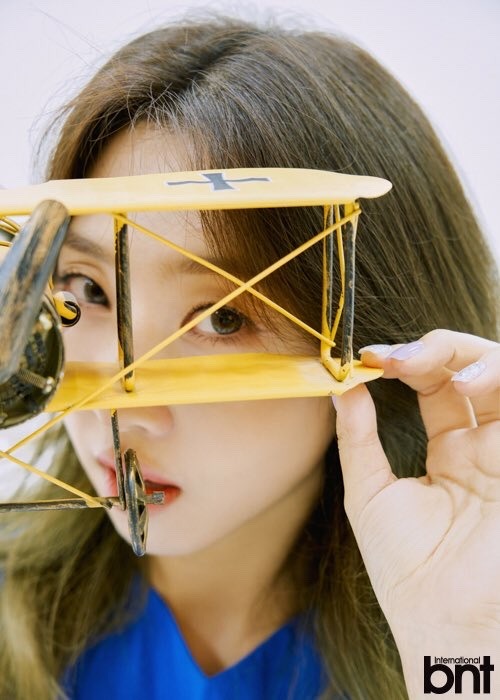 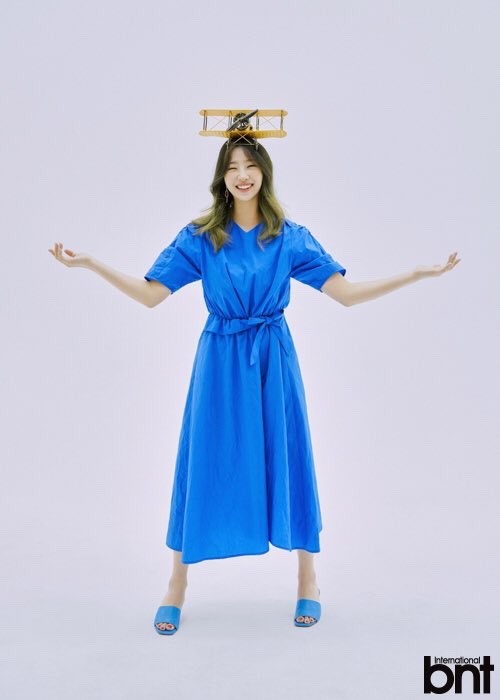 “2NE1” debuted in 2009 with “Fire.” The image of a new girl group had shocked the public. Gong Minji, who was the main dancer in 2NE1. Although she made her debut at the young age of 16, she received a great spotlight not only before her debut but also during her group’s career, including her monster dance skills and solid vocals. Gong Minji, who has continued her solo career since the group’s disbandment, has returned after three years.

Gong Minji, who is already 27 years old and feels amazing, has made a comeback with her new song “Lovely.” During the long hiatus, in a stifling situation where she couldn’t play her own songs even if she wanted to, she recorded the frustrations she had heard, collected them and wrote the lyrics. She said she hopes many people will be comforted by her songs in the future.

Gong Minji wants to become a memorable singer even after the times pass, and she wants to work harder in the future. From now on, with a solid inner side and humane, tender answers, and a simple charm even though she is in her 12th year, let’s take a look at her interview.

Q. How do you feel about the photo shoot?
“I had a photo shoot with BNT before, and the atmosphere was very warm and fun every time I did it. I was able to have more fun and work hard today because you gave me a lot of reactions and made the atmosphere warm. Thank you very much.”

Q. My favorite concept is…
“Among the things I did today, it was fun to take a picture in casual t-shirts and jeans at the end. It was good to be able to make an active expression or pose.”

Q. The concept and styling we pursued have changed a lot from before. How do you feel?
“At first, I liked this style, but when I tried it on and made a lovely face, it was awkward. I was used to being strong and tough, so I felt awkward at first, but now I feel like I’m getting better. It was good to wear a dress and do something fresh and cute today. I’m still a little more used to the strong image.” (laugh)

Q. Friends of the same age who worked together acted in a cute concept. Was there anything you felt bad about showing only a strong image in 2NE1?
“At that time, I wanted to make a cute version of 2NE1. That’s why “Falling in Love” and “Do You Love Me” are songs where we tried to look cute in our own way. That was a unique and cute look. I’m having fun as a soloist and doing music like ‘Lovely’.”

Q. My favorite music is 2NE1’s music.
“There are times when I find out while watching TV, saying, “You look so pretty!” and “Have you had this kind of image?” I made a lot of such discoveries during this “Lovely” activity. That’s why I love this concept.”

Q. You made your debut at the age of 16 in 2009 and you’re already on your 12th year. It’s sentimental.
When I go to music programs, I only have my juniors. I can’t get used to it (laughs). Among the singers I was active with in the middle of my career, Yubin of Wonder Girls was the one who had overlapping activities recently. They are all juniors or rookies, so time has passed and I feel like I’ve aged a lot. It’s amazing. When I look at my juniors, I’m very happy to see them.”

read the rest of the interview at AyoMinzy 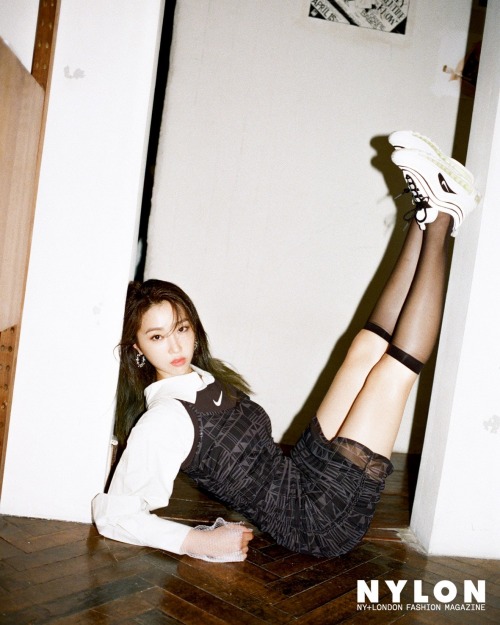 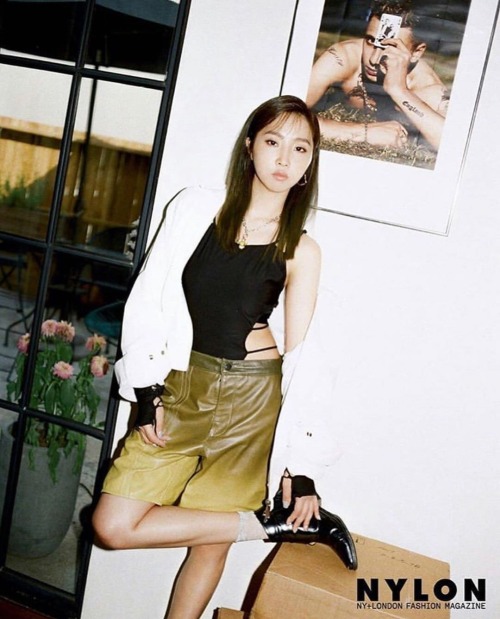 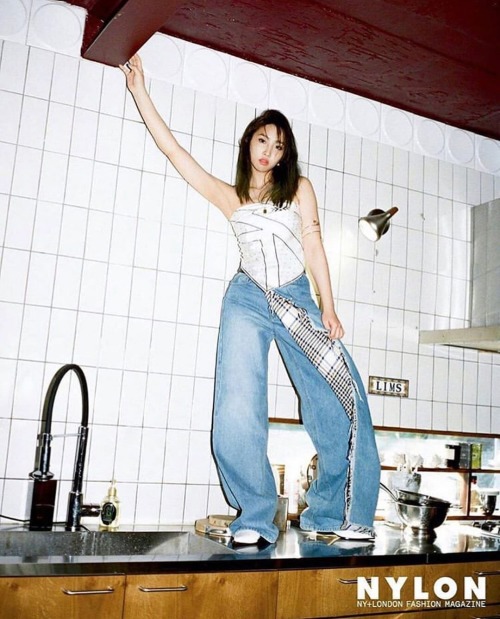 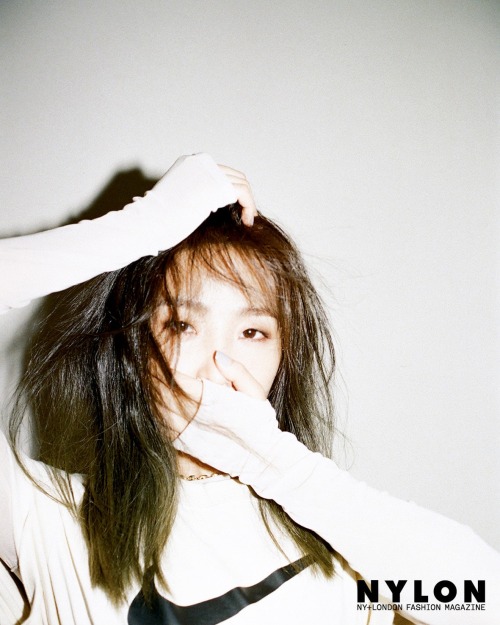 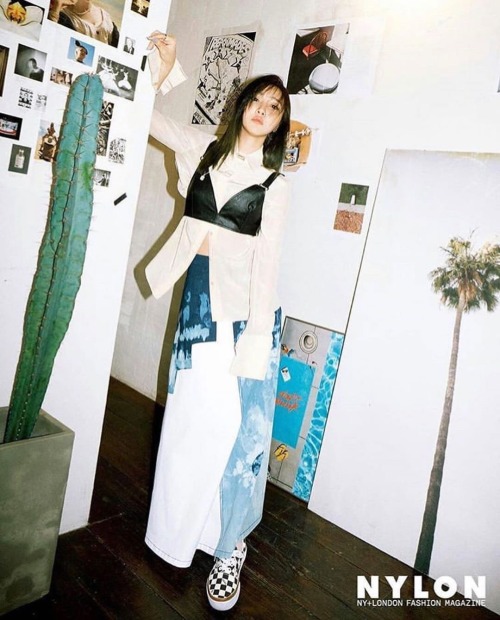 Today’s Gong Minji isn’t interested in the best. Instead, she says that she can do anything.

You couldn’t take your eyes off the puppy on the set today.
I really like puppies. I have a small poodle as a pet. The dog I met today is a big dog, so I was amazed and glad to see it. (Laughs.)

Because you dance so well, you seem to know how to use your body when shooting pictorials.
I like taking pictures. I’m also interested in fashion, so I often look at magazines. When I go abroad, I buy them one by one and I bring a lot. It helps a lot when making a song or setting a concept.

I wonder which magazines you like.
Street style magazines such as V Magazine and LOVE. Of course, I like Nylon, too. (Laughs.)

Your style has become very lovely. Your single, which was released on the 24th of last month [May], is also titled ‘LOVELY’. It’s the opposite of what you’ve shown before, so I wondered if you’ve done what you wanted to do.
I’ve given a lot of strength before, so now, I want to relax and show various sides of myself. I felt, ‘I have this side, too’. At first, even I felt awkward. In the meantime, it has not been easy to smile naturally or show a lovely appearance because I have become accustomed to powerful dances and strong images. But it worked as I kept doing it.

Which side is the real Gong Minji?
My personality itself is natural and friendly with people and I have a lovely atmosphere and feeling. (Laughs) When I dress, I tend to be more street, comfortable and sporty.

Taste changes. Dress, preferences, whatever.
My dream was to wear a one piece that looked like a sky-high dress. (Laughs.)

Come to think of it, I didn’t see it well.
I’ve rarely worn it. Mostly boxy T-shirts and leggings…At that time, I couldn’t do that [wear a dress] because I had characters and images to show.

Do you have any plans after ‘LOVELY’?
Now I’m slowly getting ready. If the new single ‘LOVELY’ was like a gift to fans who have been waiting for a long time, I think the next song will be a real start.

Can we meet this summer?
I’ll try my best. (Laughs.)

When I listened to ‘LOVELY’, the lyrics and emotional keywords were comforting.
Since it’s really hard to wait without a promise, I think I felt a lot of frustration when I couldn’t do what I wanted to do for a long time after 2NE1. I worried, and I wanted to comfort myself when I felt like it was all going to disappear. I told myself, ‘It’s still not over’, and ‘I am precious’.

Comforting is always difficult. What method do you use to comfort someone?
I like listening to stories. Somewhat of a listener like style. (Laughs.) So I have quite a few friends who come to me and tell me about their worries. Let’s just listen comfortably. Still, if there’s anything I really want to tell you, I don’t take sides and give realistic advice.

read the rest of the interview at AyoMinzy