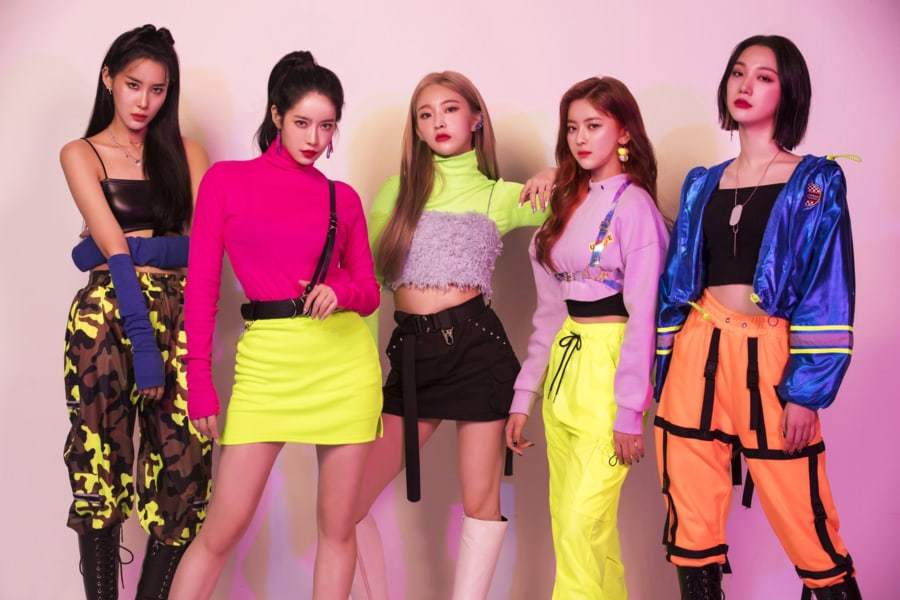 OSR Entertainment has announced that girl group HINAPIA has officially disbanded, and their exclusive contracts with the agency have been terminated.
On August 21, OSR Entertainment took to HINAPIA’s official fan cafe to share the following message:
Hello, this is OSR Entertainment.
First, we wish to apologize for bringing unfortunate news to the fans who have always loved and waited for good news from HINAPIA.
We wish to speak to you of HINAPIA’s disbandment and the termination of all members’ contracts.
Our agency has spoken at great lengths with the members over a substantial period of time, and we all came to the decision to disband the group and terminate our exclusive contracts with all five members.
The members of HINAPIA are set to be active in a variety of fields in the future, and we hope you will support their new beginnings as well.
Thank you for loving HINAPIA till now, and we wish to apologize once more.
Thank you.
HINAPIA made their debut in November 2019 with “DRIP” and drew attention as four of the five members were previously members of PRISTIN, a girl group under Pledis Entertainment that disbanded in May 2019.
We wish the five members all the best in their future endeavors.
Source: Daum (login required), Topdaily via Soompi