yeah so xum need to answer for this fucking nonsense pic.twitter.com/cXVSuF3IqF

In May, a video was posted of the three members of XUM (back then they were still part of the now disbanded group NeonPunch) taking a DNA test designed to reveal the ethnicities in their heritage. Before taking the test, the members gave their predictions for each other’s heritages.

First, Baekah suggested that Iaan may have Filipino heritage in her bloodline. However, Iaan quickly seemed to correct her, saying “Vietnam” before laughing. Next, Dayeon said she thinks Iaan has DNA from Ghana. Immediately upon hearing Dayeon’s comment, Iaan began acting embarrassed, laughing, and making a “no” symbol with her hands. The subtitles then describe Iaan as “the girl between two exceptionally white members“ with a grey filter placed on her image.

In a separate scene, Baekah said she believes she has African heritage, to which Dayeon agreed, "because Baekah has a really loud voice“ and proceeded to imitate a person shouting.

The subtitles then ask "A white-skinned Baekah from Africa?". Baekah responded by comparing Dayeon to a Native American tribal chieftain and asked her, “Do you feel like an Indian chief?”


First their company A100 posted a statement:

We are releasing a statement about the recent racist controversy about 'DNA VIDEO'. pic.twitter.com/PuRxSZ8ruY 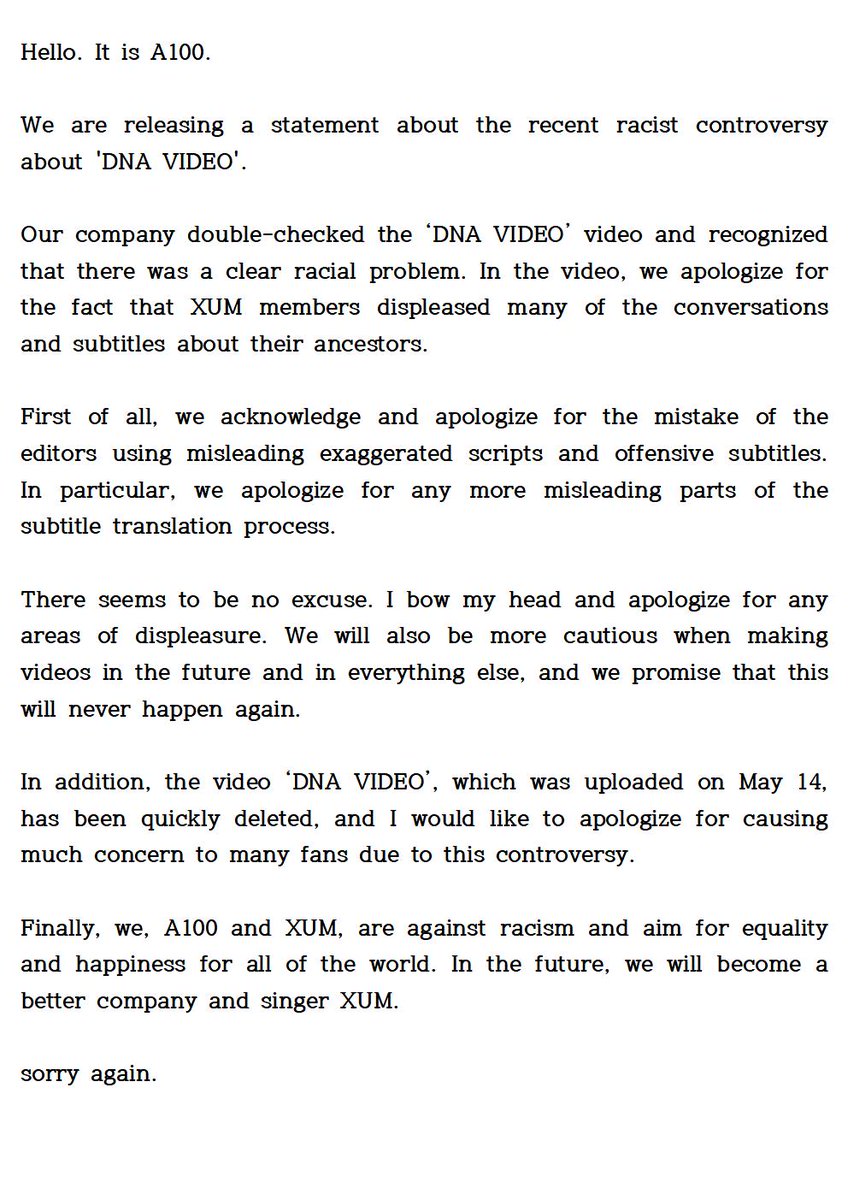 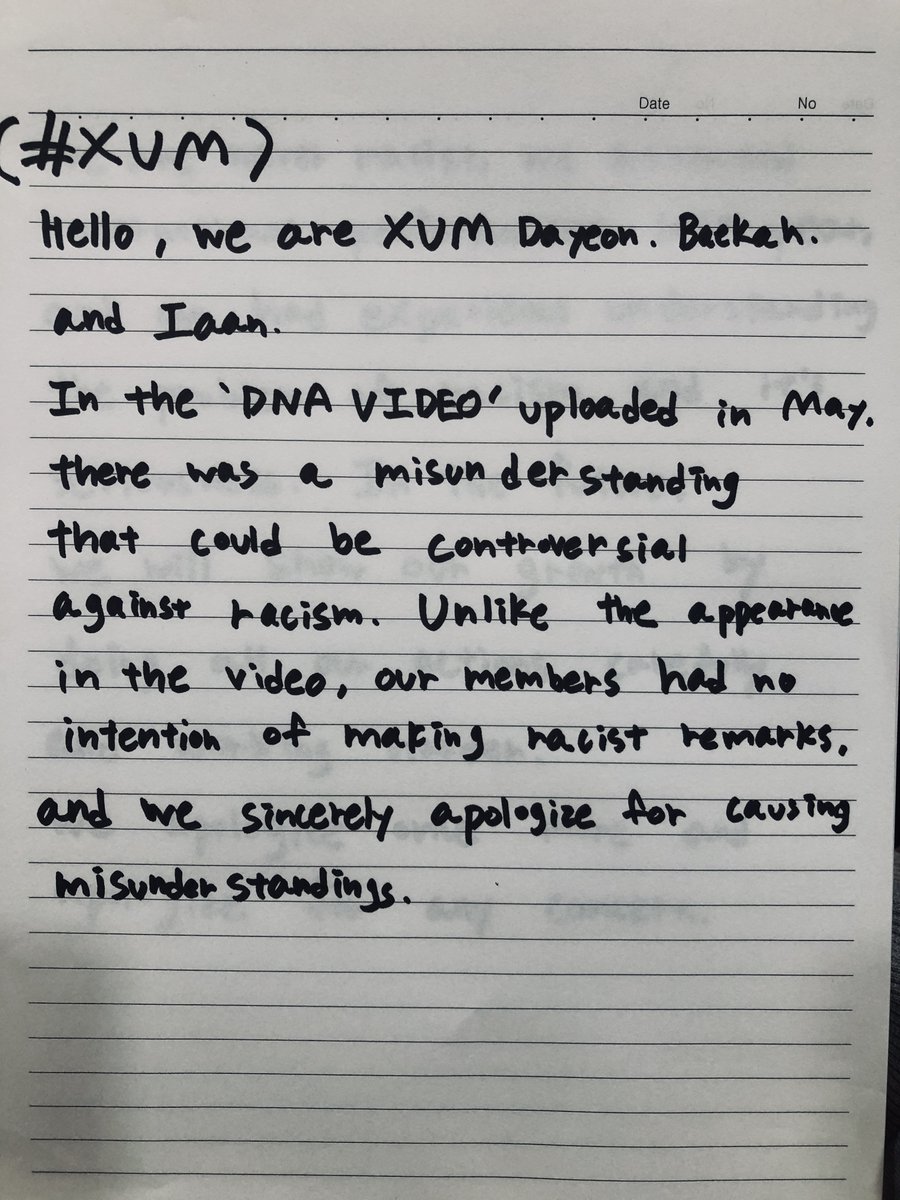 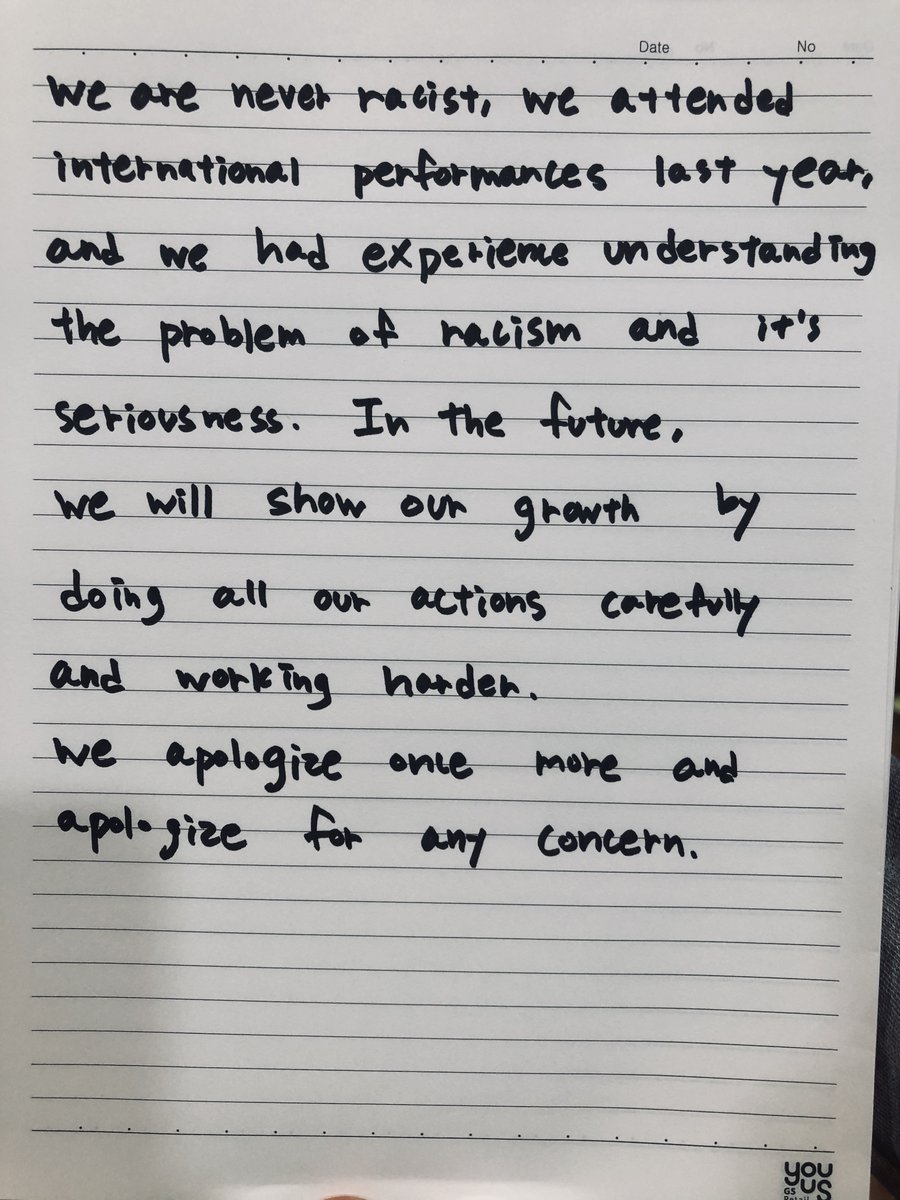