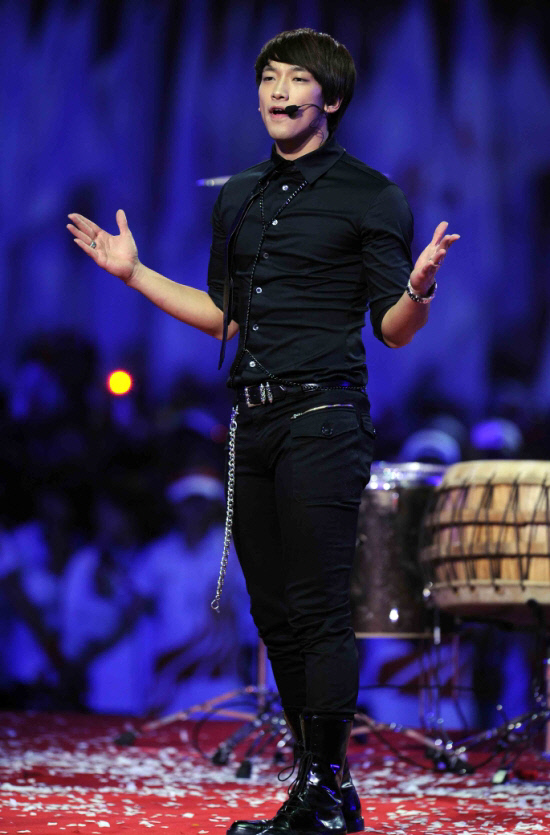 On this week’s episode of KBS2’s ‘Entertainment Relay’, Rain was featured on the ‘Guerilla Date‘ corner and he expressed his desire to serve actively in the military.

“I will be enlisting in the latter half of next year,” announced the singer. With half a year left before he leaves for the army, many are wondering how Rain plans to spend his time.

To start off, Rain is scheduled to release a brand new solo album. “We will release an album and have plans for a world tour,” said his agency. Since 2010 marked a year of films and dramas for the star, Rain wants to focus on his music career for 2011.

Regarding his enlistment, Rain expressed, “I think of it as a vacation. I’m not worried about enlisting. In fact, I think it will make me a better person.”

Meanwhile, on the same show, Rain surprised viewers by mentioning that his current body condition is that of a 40-year-old’s. “I recently had a health screening, and the results showed that my body age was 40 years old. I’ve been exercising well, but apparently my excessive diet and the overworking of my body has caused it to be worn down,” said the singer.


He continued, “I need to find my six pack again, but I still need two more. I think it will come back by the time I have my concert.”