WHO IS BRINGING HOME THE GREEN? 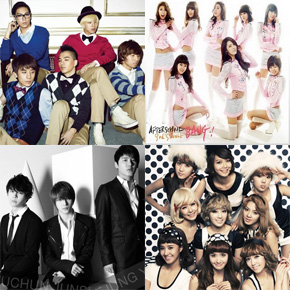 Korean news site Money Today put together a list of the highest paid celebrities for appearing in CFs. Amongst the male celebrities, veteran Seo Taeji takes the #1 spot with a whopping 2 billion won. Following him is idol group Big Bang, who will make a comeback on February 24th with the group's 4th mini album. Rain takes the bronze, while Big Bang's fierce rapper TOP takes 4th place as an individual.

On the women's side, "Dae Jang Geum" star Lee Youngae takes the crown with 1.2 billion won. Following her are Go Hyunjung, Kim Taehee and Jeon Jihyun in 2nd, 3rd, and 4th place, respectively. The highest grossing CF girl groups are Wonder Girls, 2NE1 and After School, each with 800 million won. SNSD trails slightly behind with 700 million won. 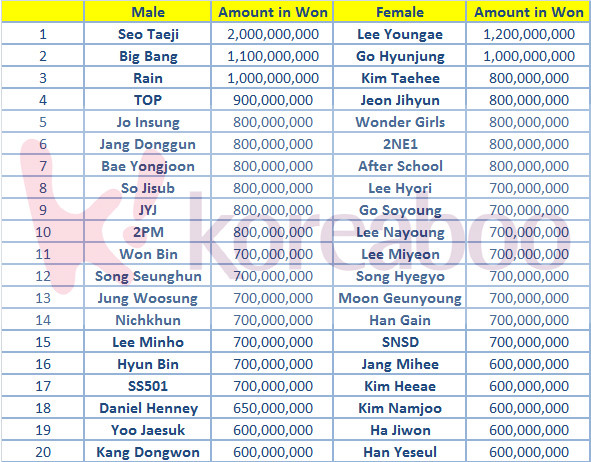 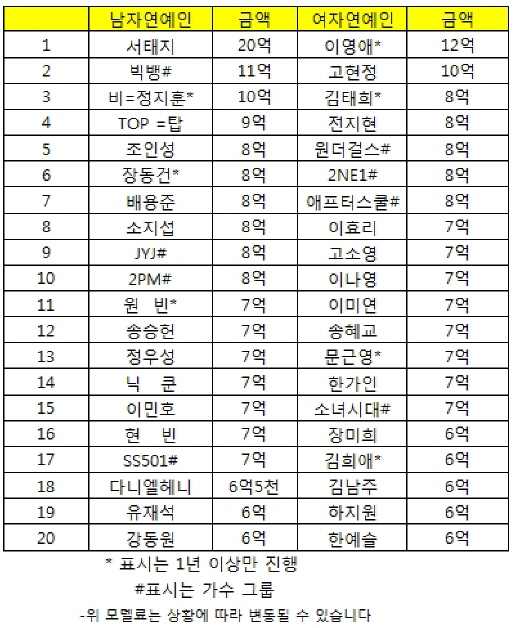 i thought these types of things were like never revealed?
and lol @ TOP being there for himself and BB