The explosion caused by Big Bang’s comeback is just getting bigger. Not only have they shattered records for their mini-album pre-orders, they’ve also achieved an ‘all-kill’ on the top real-time charts in (Soribada, Melon, Dosirak, Bugs and Cyworld). Now, the boys are storming up the charts in America as they’re currently positioned at #12 on the itunes album chart (#6 on the Pop album chart)! Very impressive and this shows that they have a strong fan base overseas.


In addition, the YG-Life official blog has recently added a new entry stating that the MV for “Tonight” will premiere at the “2011 Big Show” concert, which will be held from February 25th to the 27th. It will also air during the SBS Comeback special on February 27th, so we should expect the official MV to go online around that time as well. 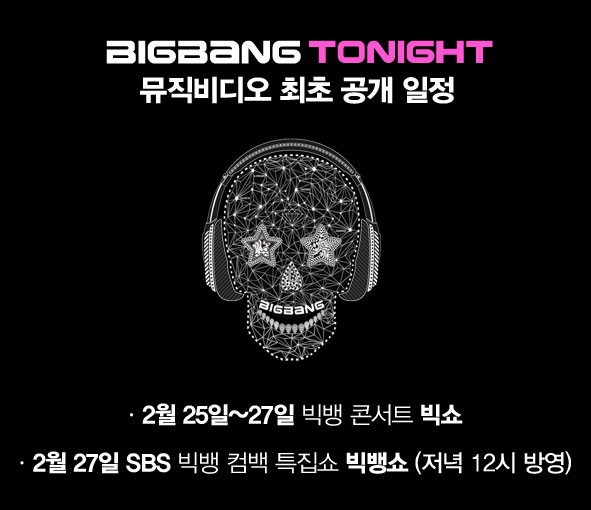