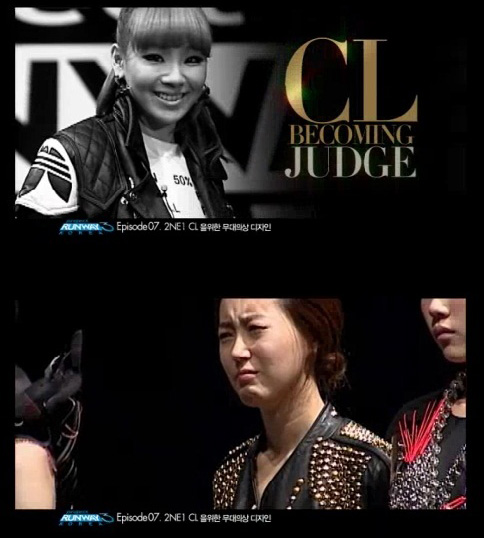 Viewers were taken aback after watching former Diva member, Kim Jin, shed tears over her mission from 2NE1’s CL. CL guested on March 12th’s episode as a one-day judge, and Kim Jin was participating as a contestant.

The episode saw the designers trying to create an outfit for CL, and immediately, viewers could see that Kim Jin looked at a loss. When asked by the producers what was going on through her mind, she honestly replied, “I honestly do not want to make clothes for any celebrity. Kim Tae Hee and Han Go Eun are actresses, so I can handle it, but singers…  Unless it’s Lee Hyori, I don’t want to do it.”

She continued, “CL is my junior by 10 years.  How could they tell me to make her clothes… She’s a fun and stylish friend, but I suddenly thought, ‘What could I do for this friend?’ I honestly wanted to give up on the mission. My pride was hurt. If I’m going to rank in the bottom three, I’d rather just be eliminated. If others were put in my situation, I’m sure they would have the same thoughts.”

Although her heart wasn’t in her work, Kim Jin trekked on while continuing to tell viewers about the psychological pain she was experiencing alongside her weak physical condition.

In the end, Kim Jin barely missed an elimination and managed to land in the bottom three with none of the impressive qualities her works in the previous episodes had seen.

She commented, “Through this opportunity, I’ve learned a lot of things as a designer.  ‘Project Runway Korea’ has taught me what I must take in, and what I must leave out. I’m trying hard to become more ‘cooler’ in terms of such decisions. I put in everything I had to walk down the path of fashion, so I foolishly wondered whether I really had to make the clothes of a junior singer. I am, however, disappointed in myself for thinking such things.”