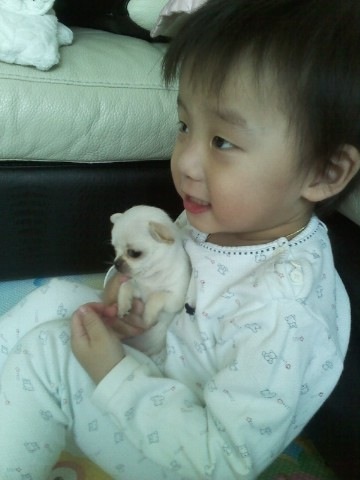 For those who don't know, Hajin is Mir's nephew and Soju is his puppy. 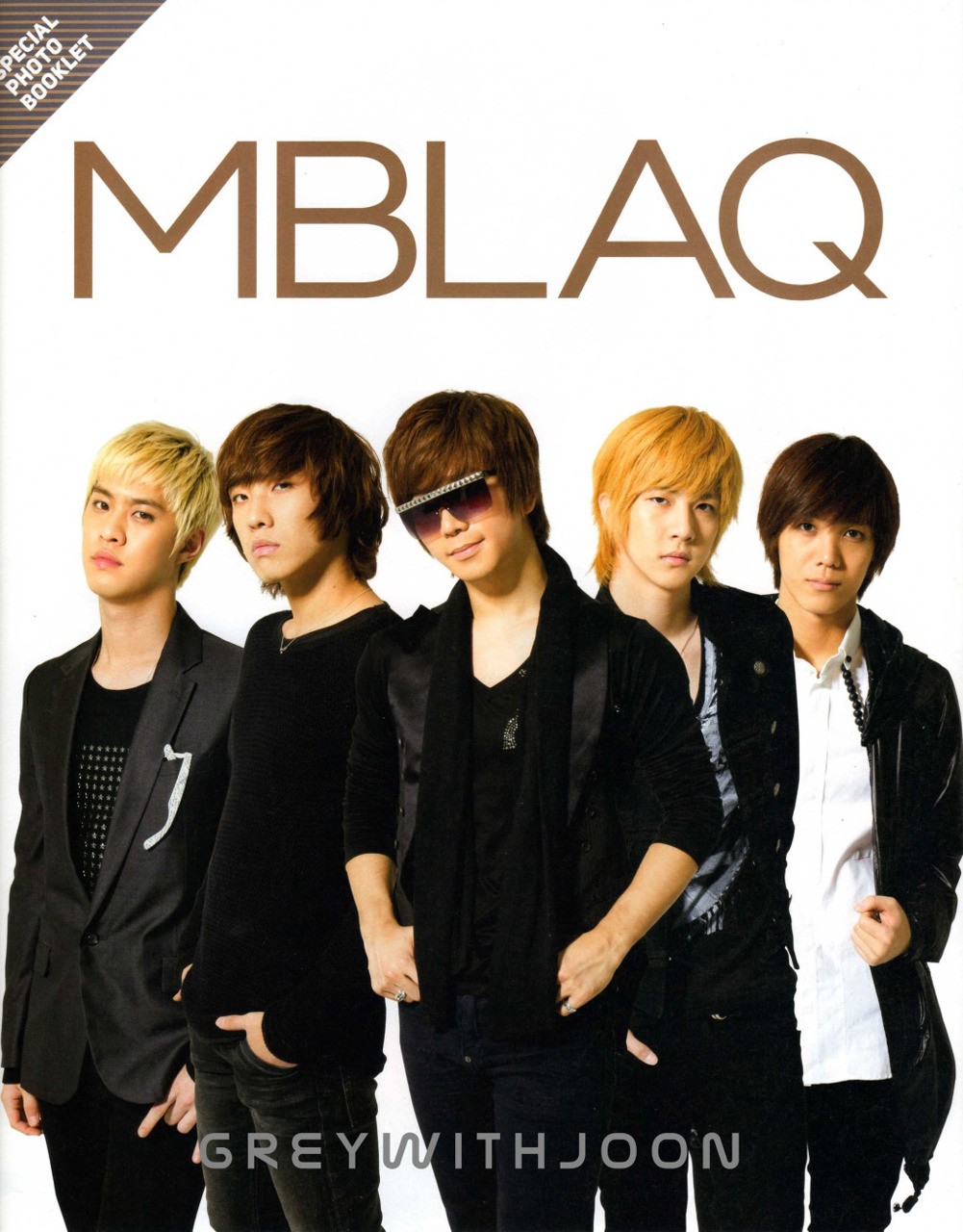 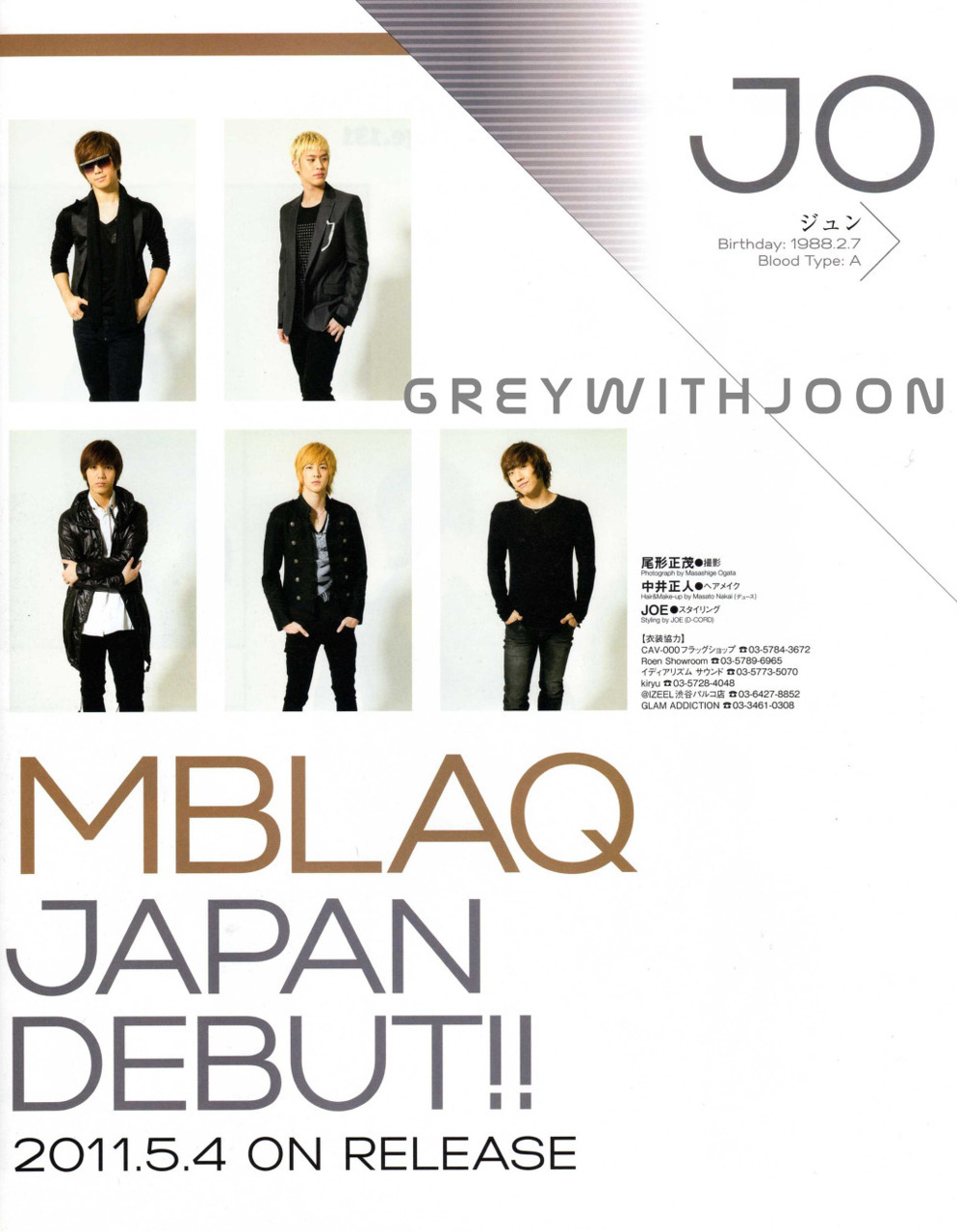 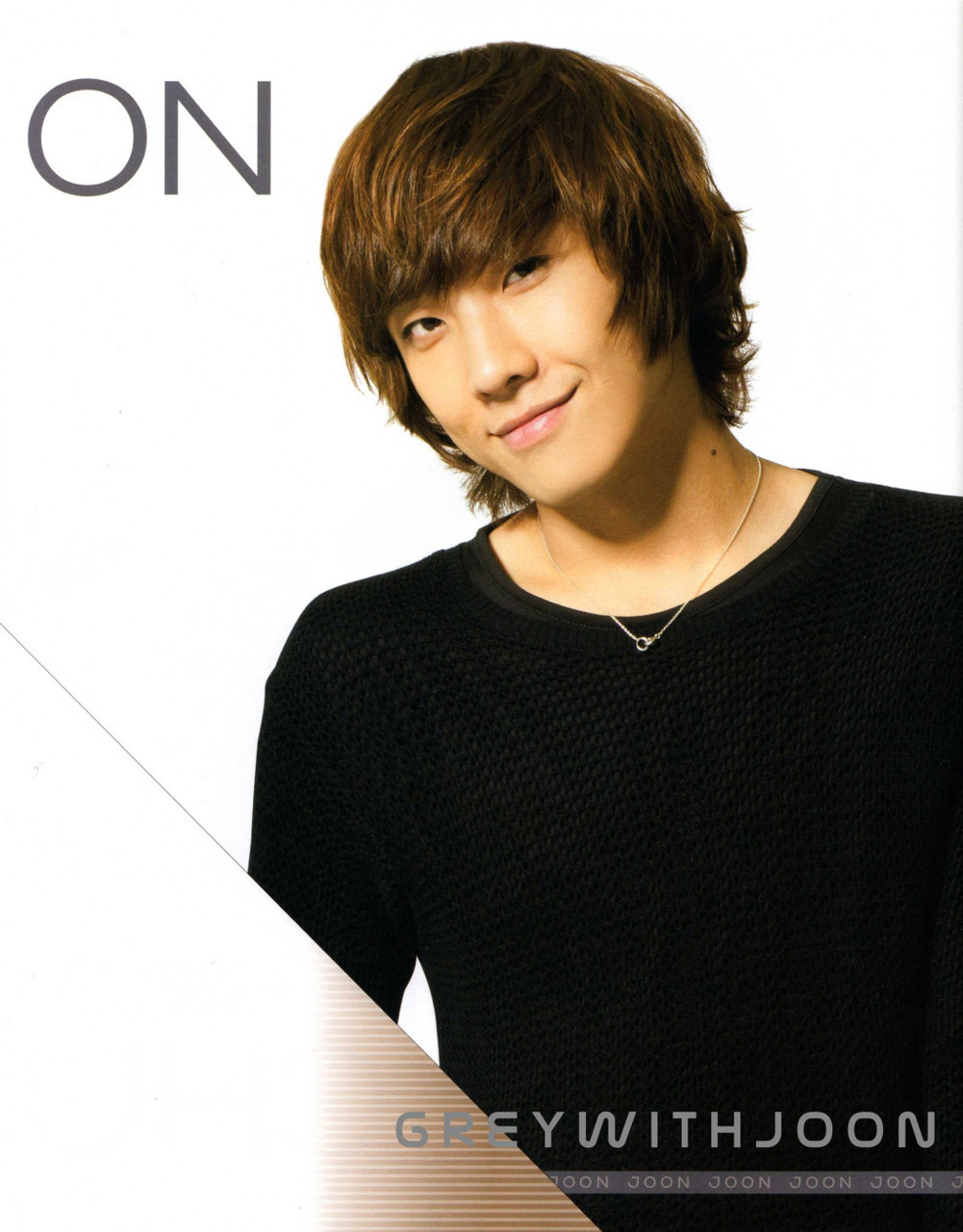 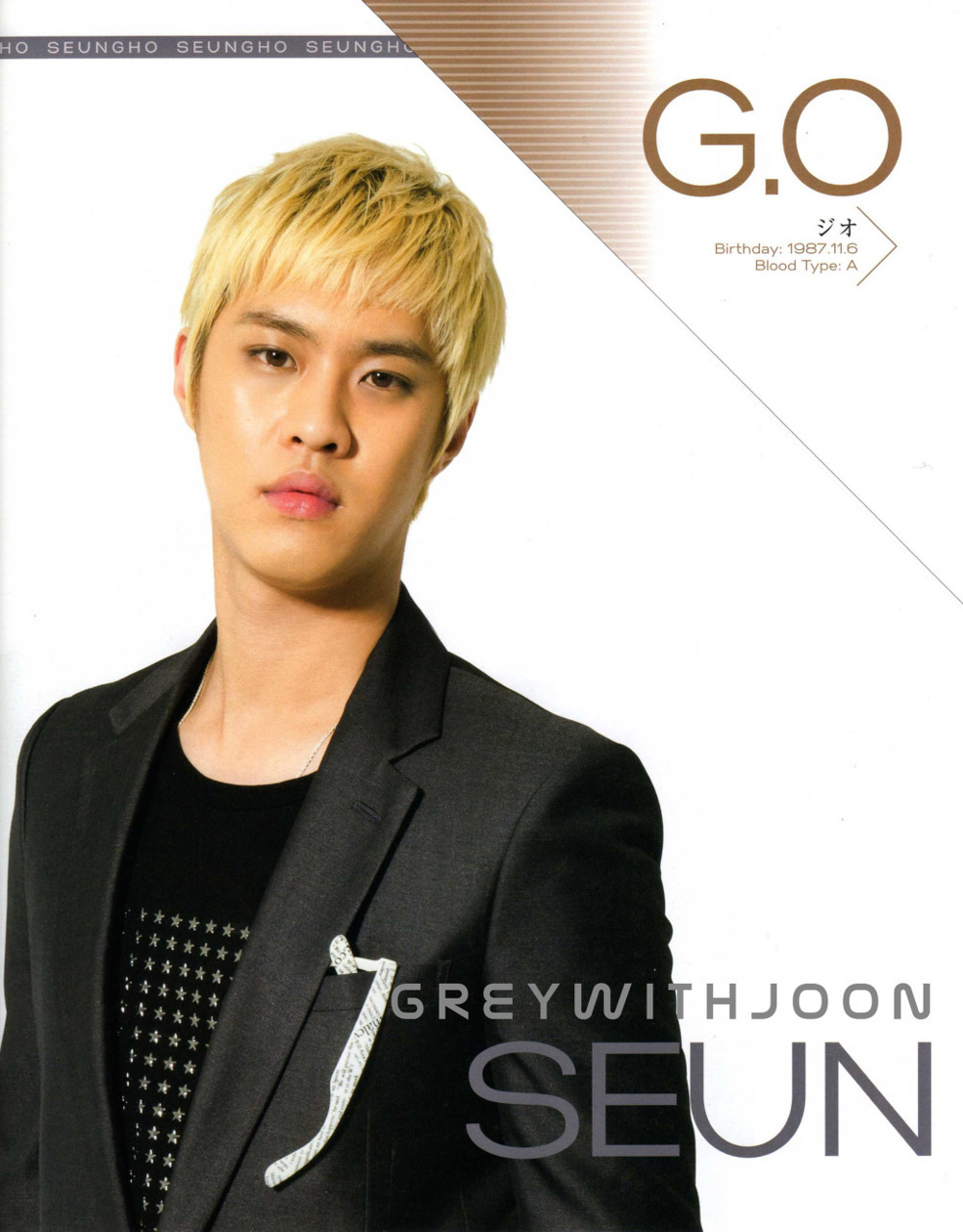 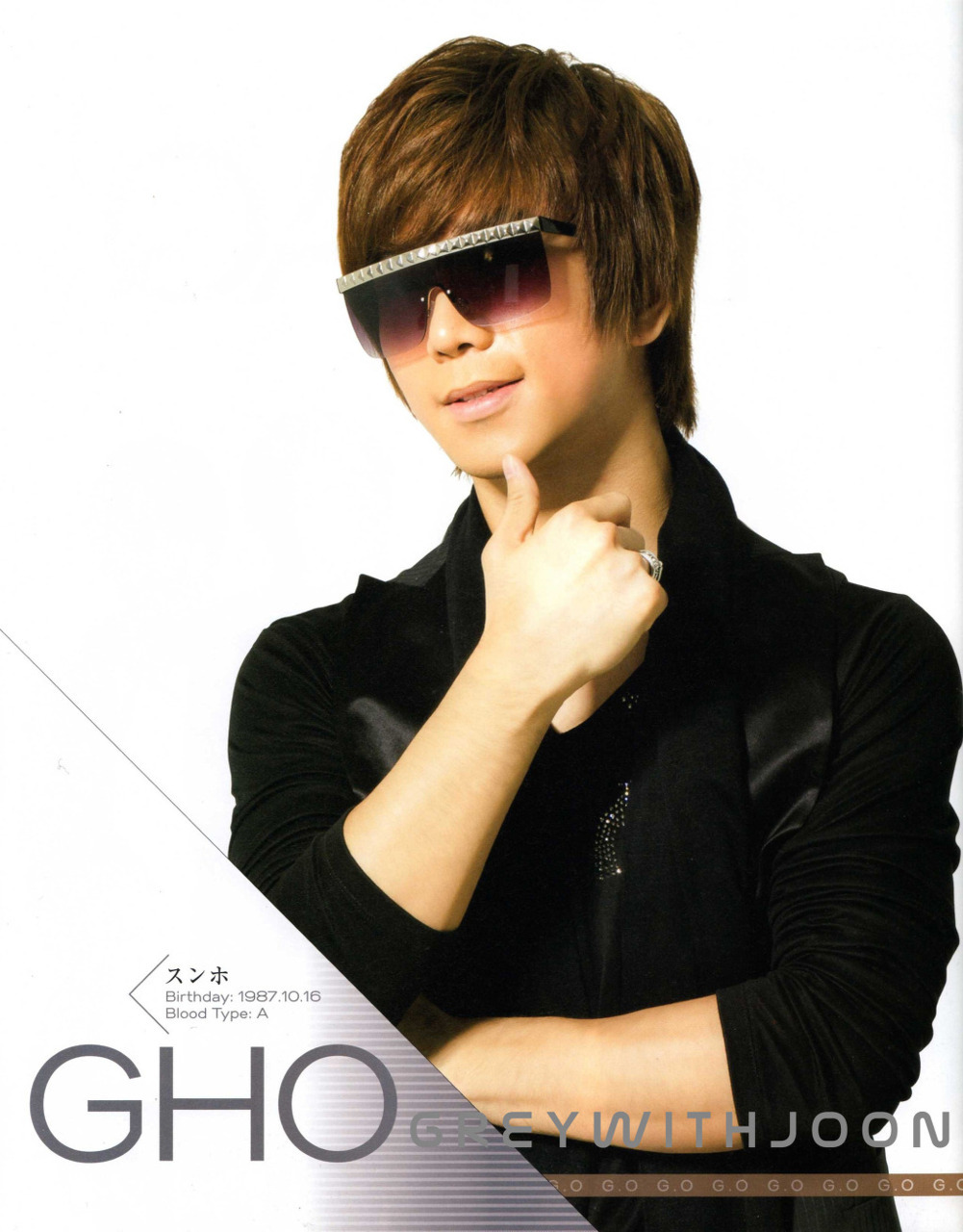 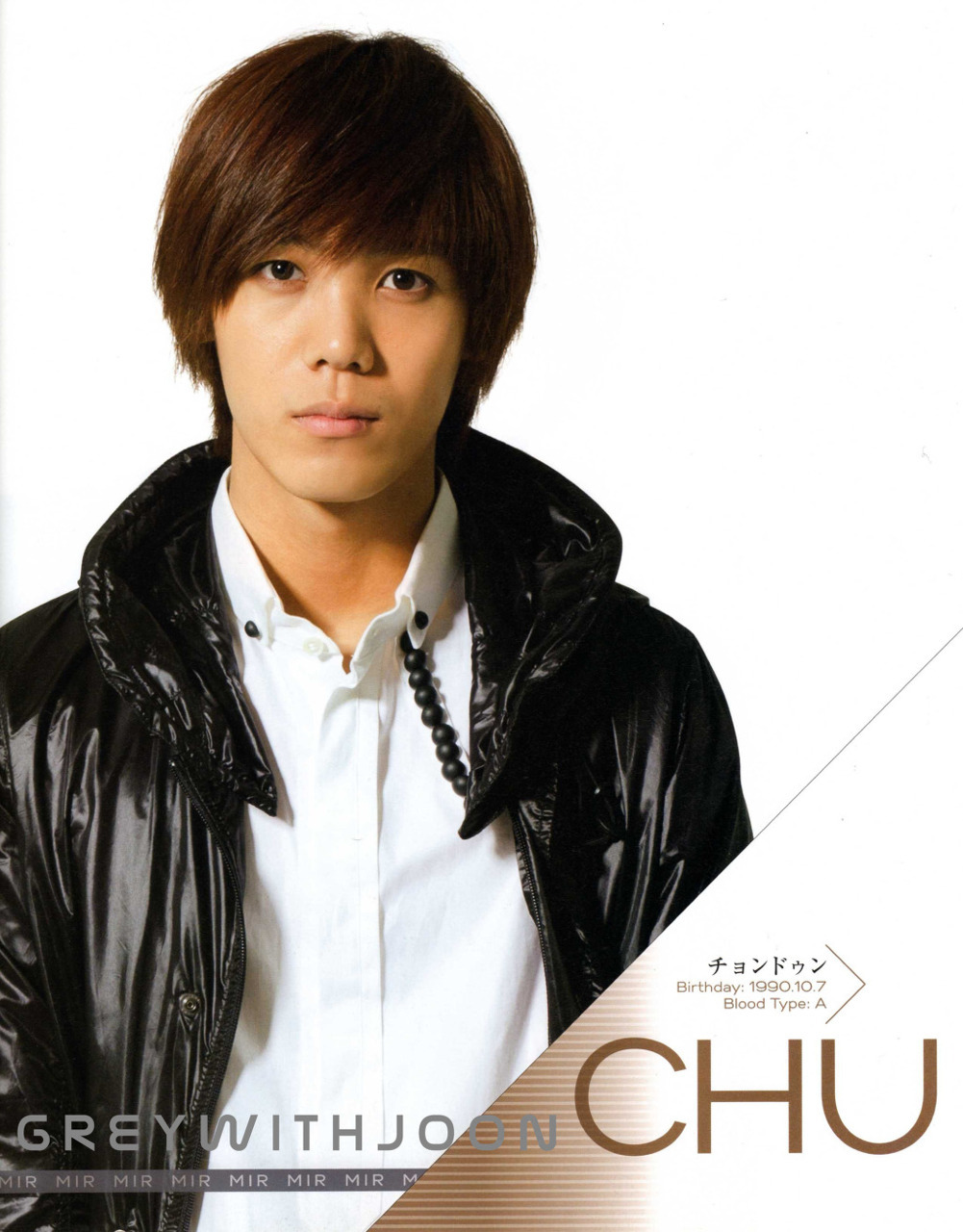 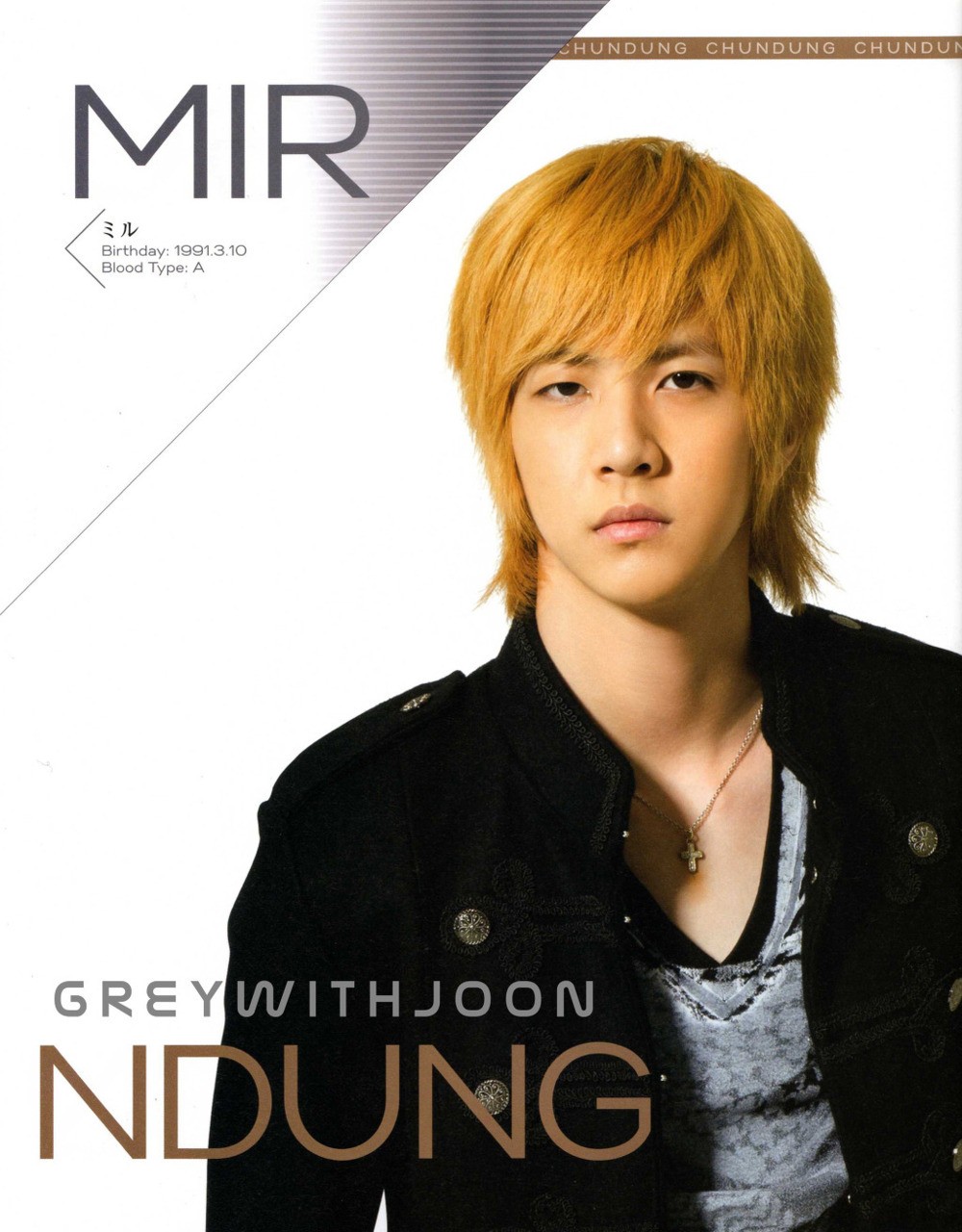 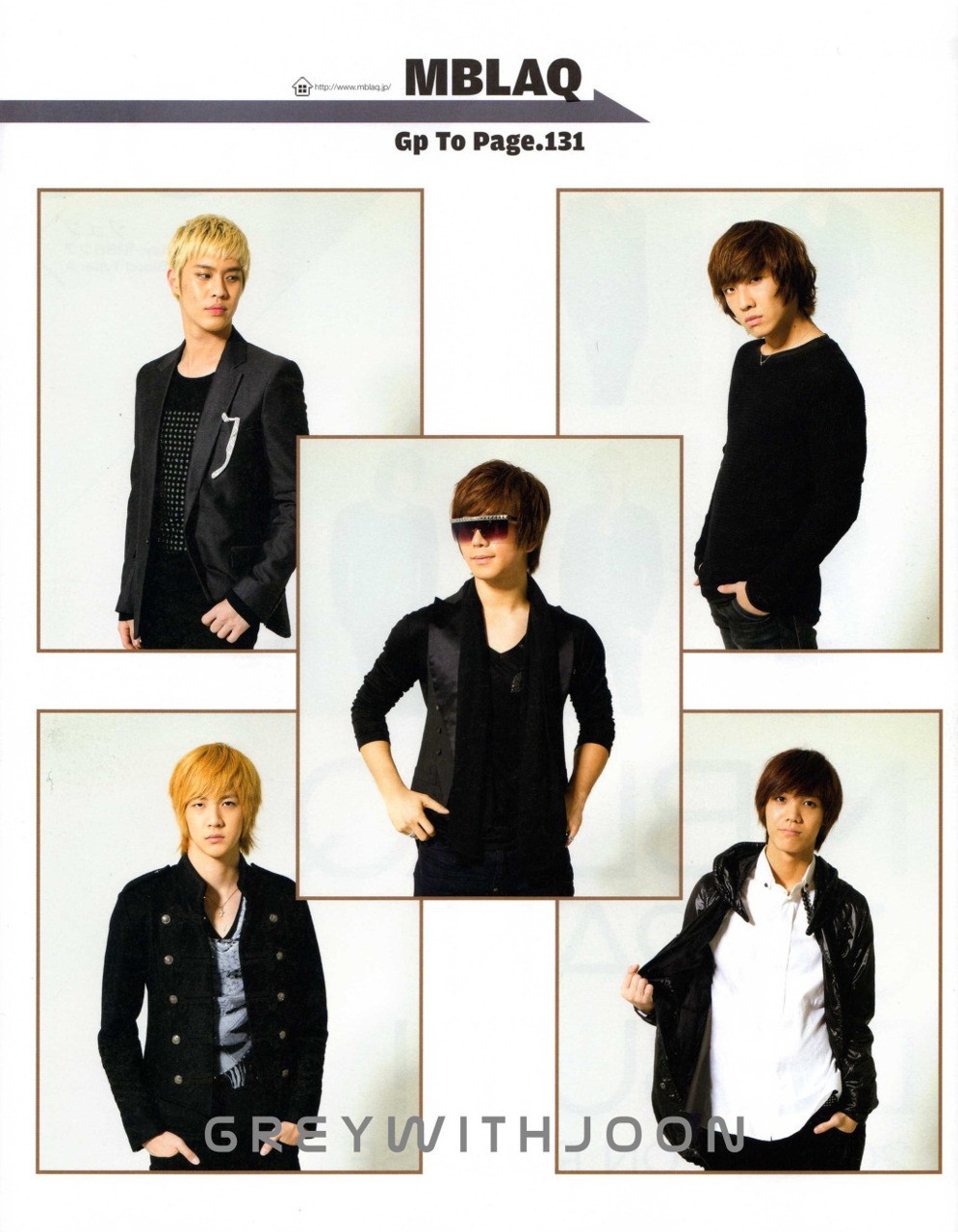 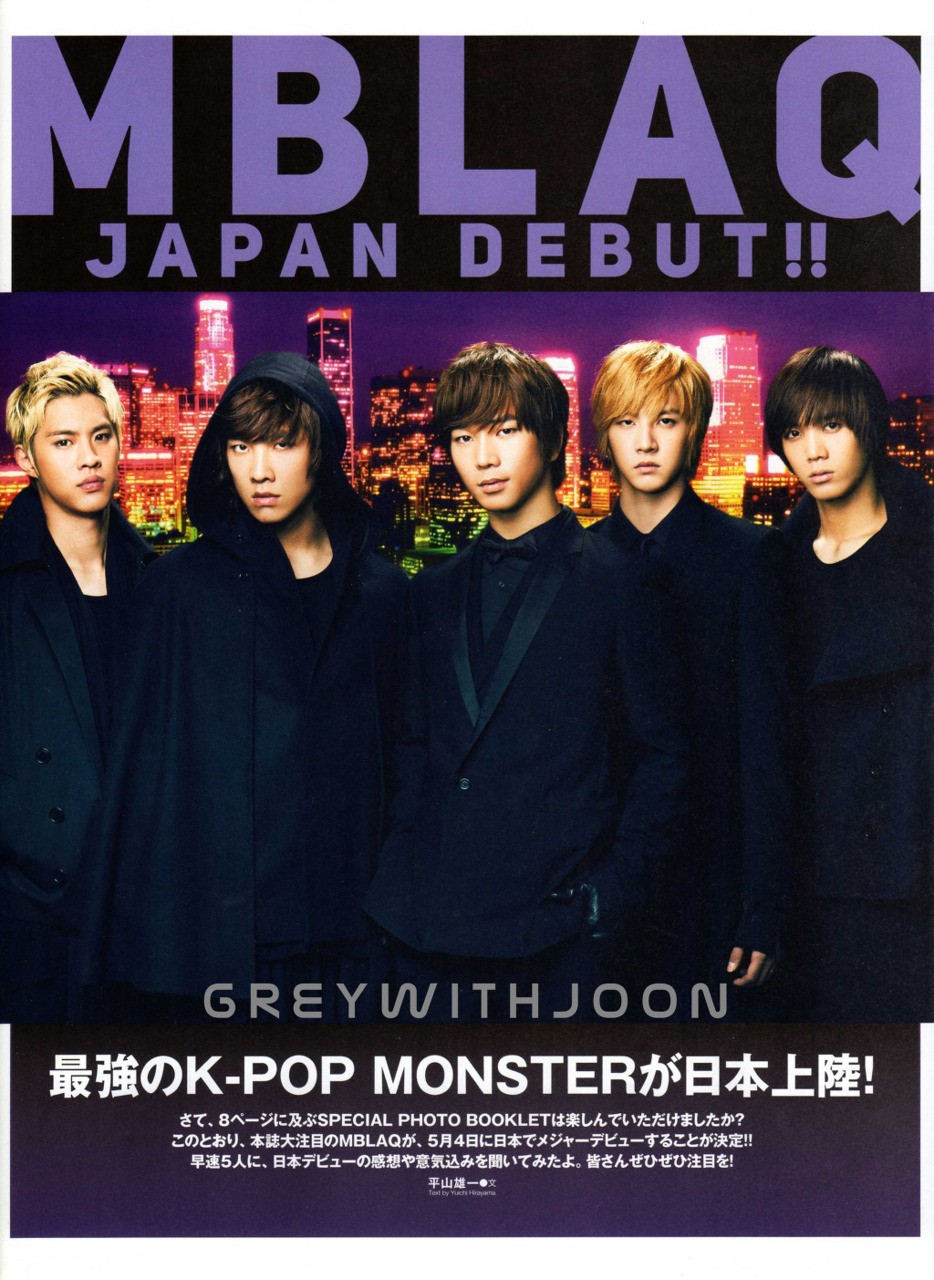 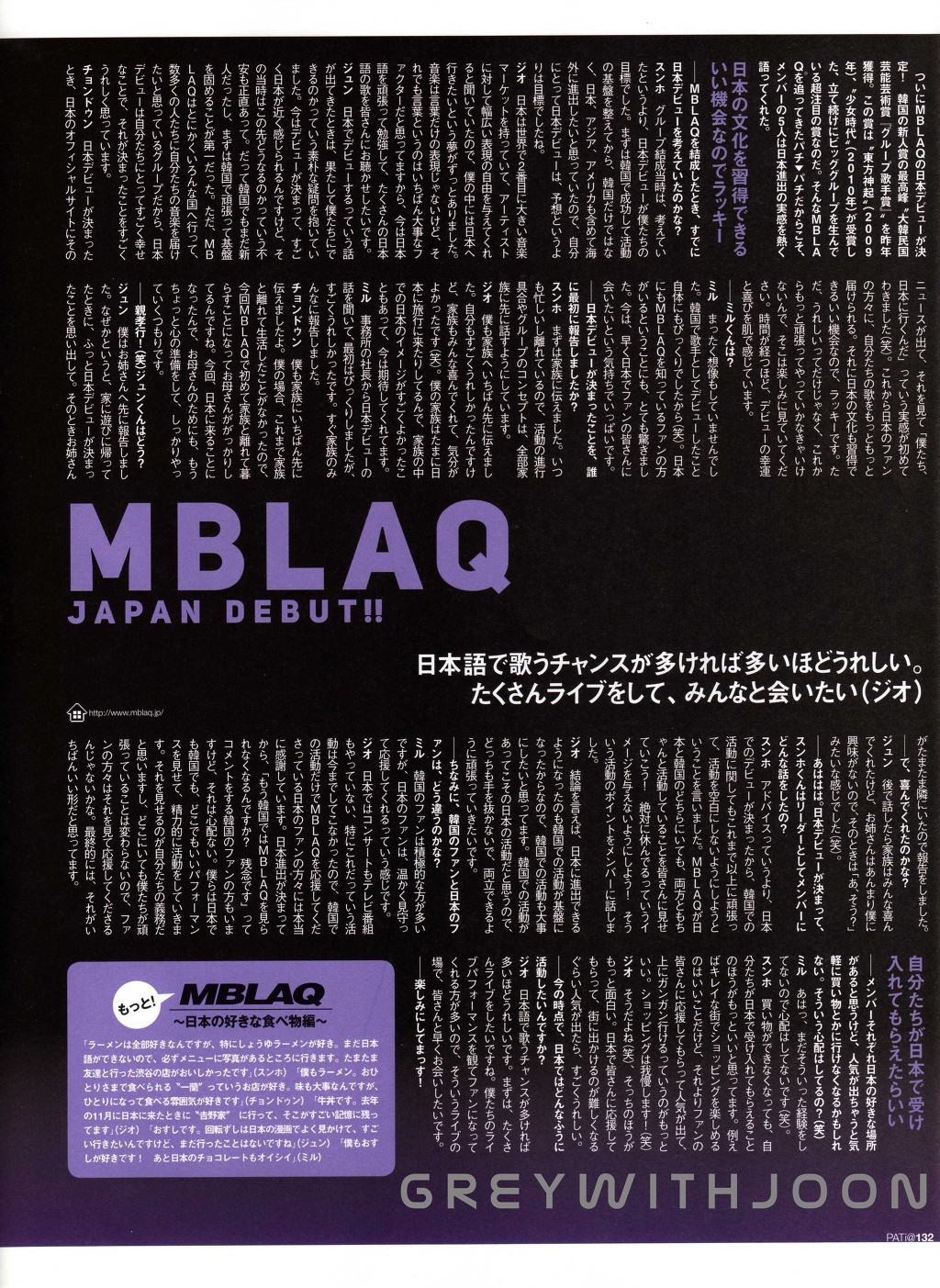 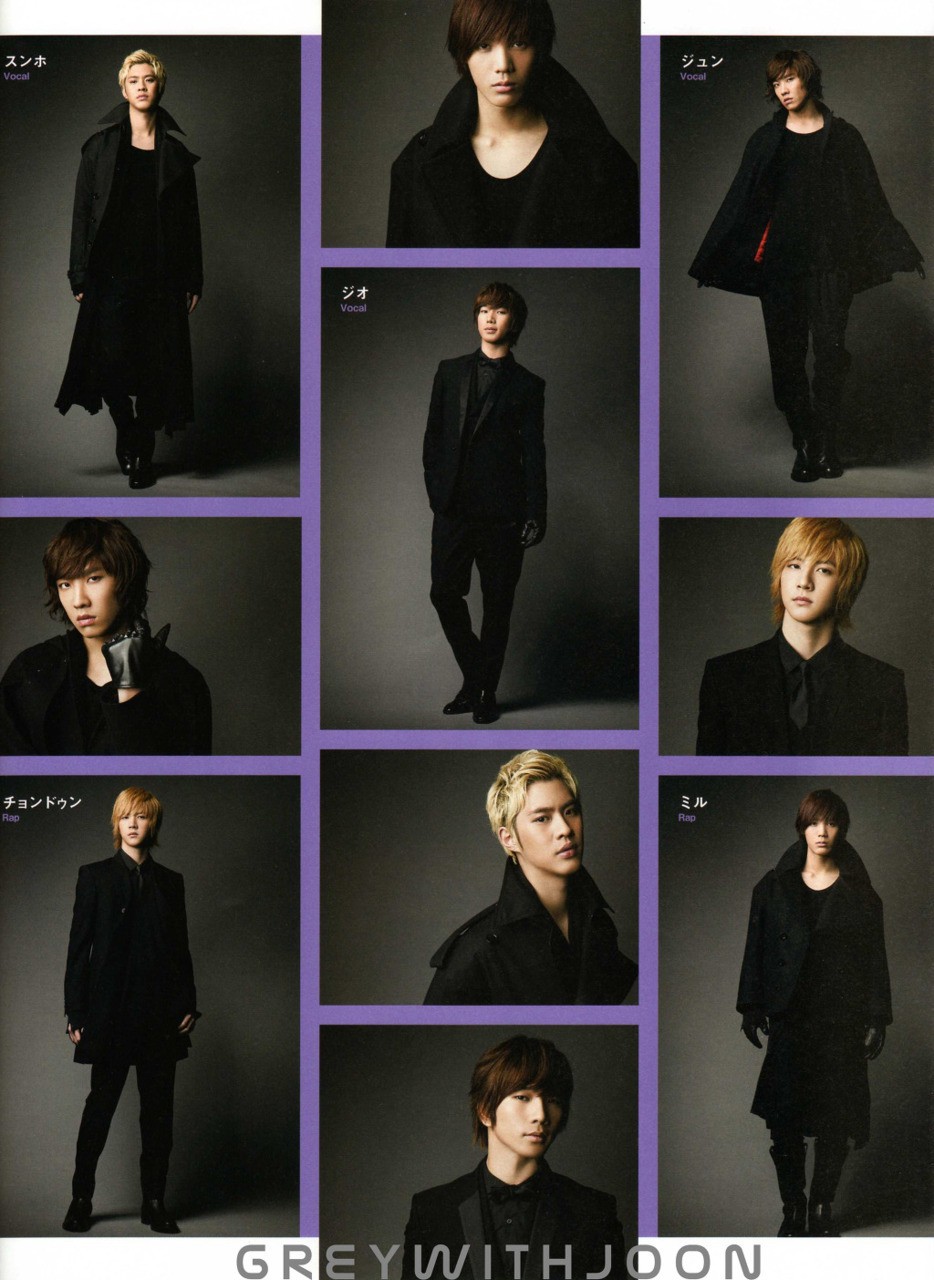 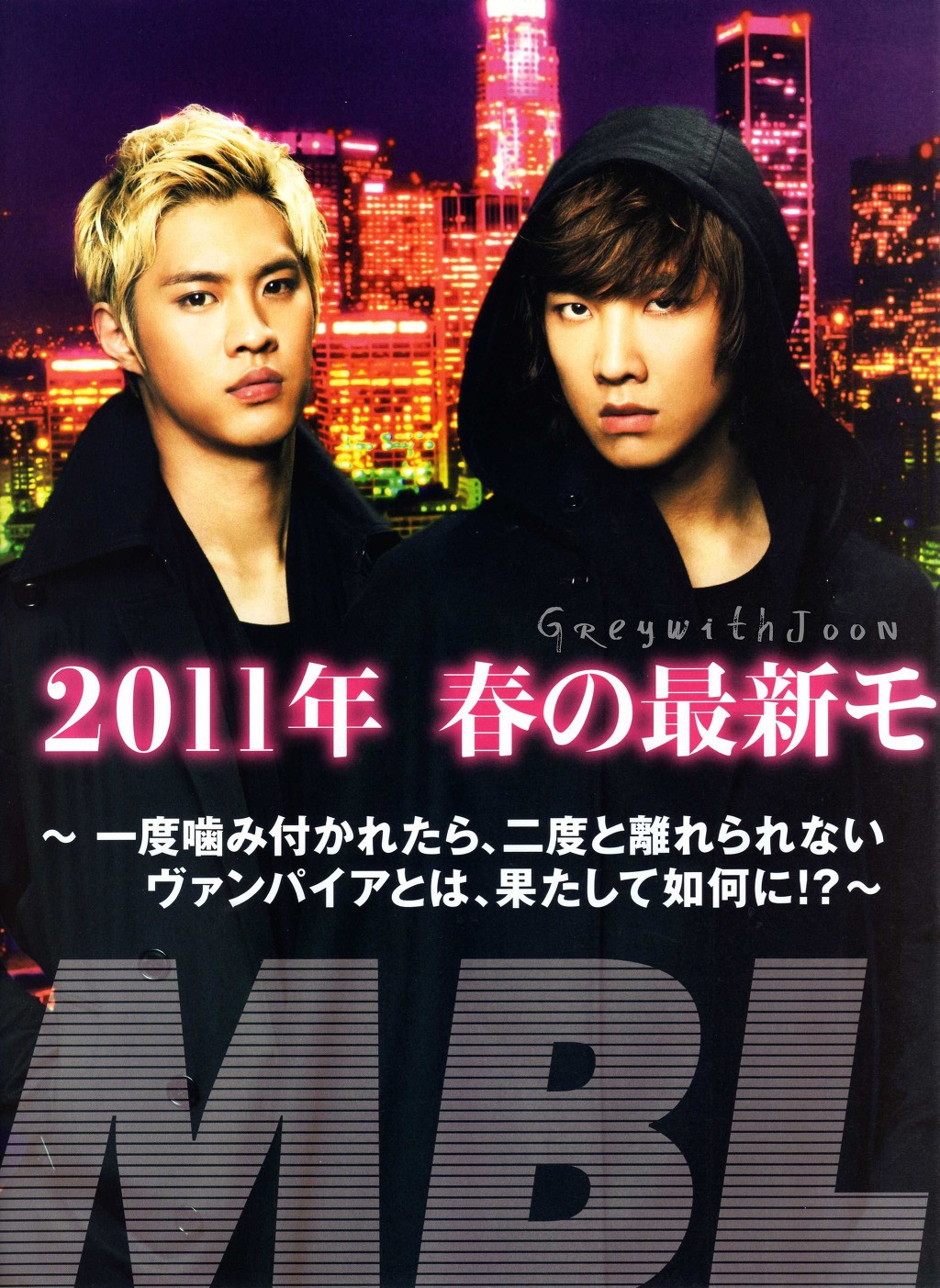 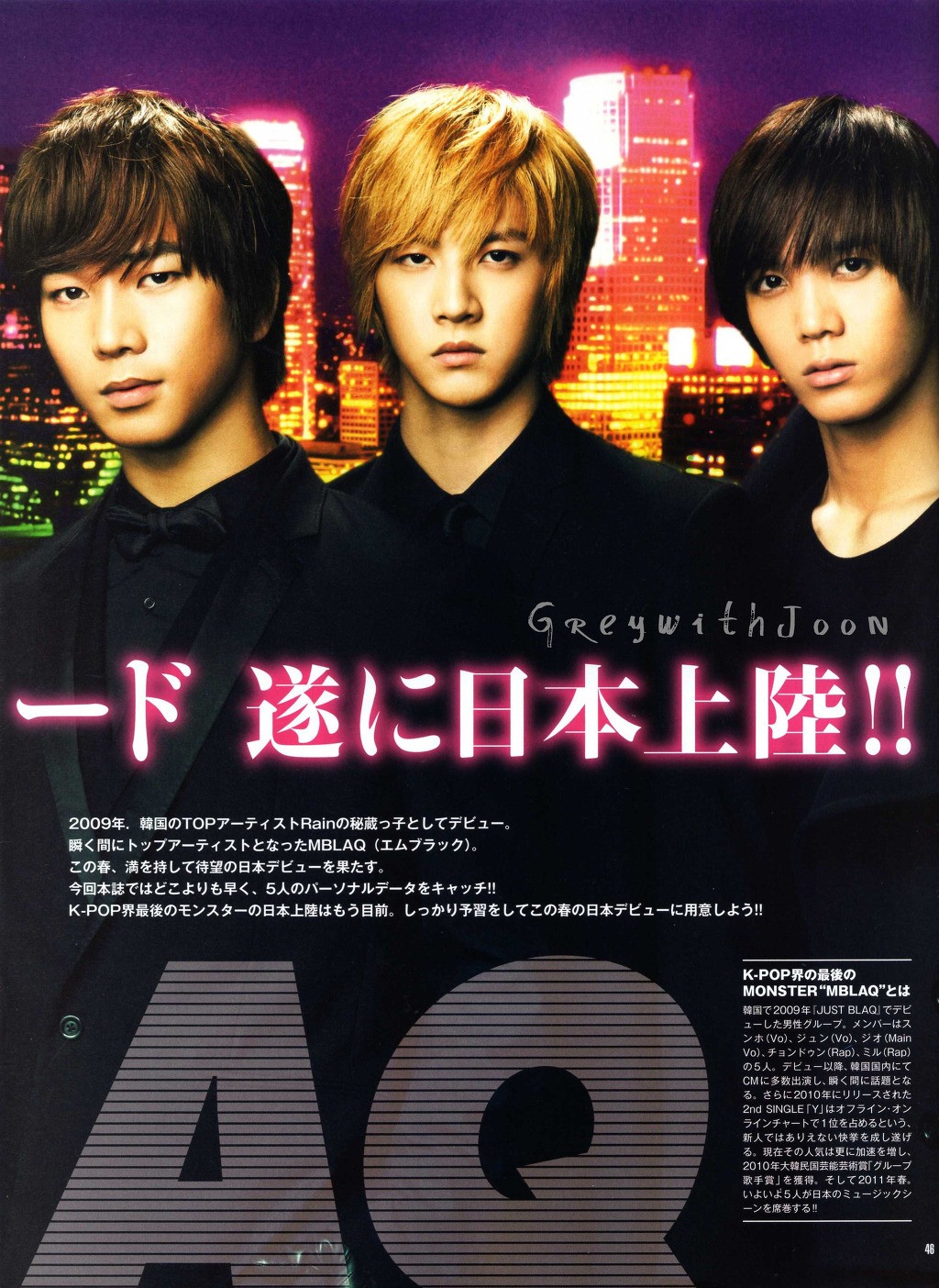 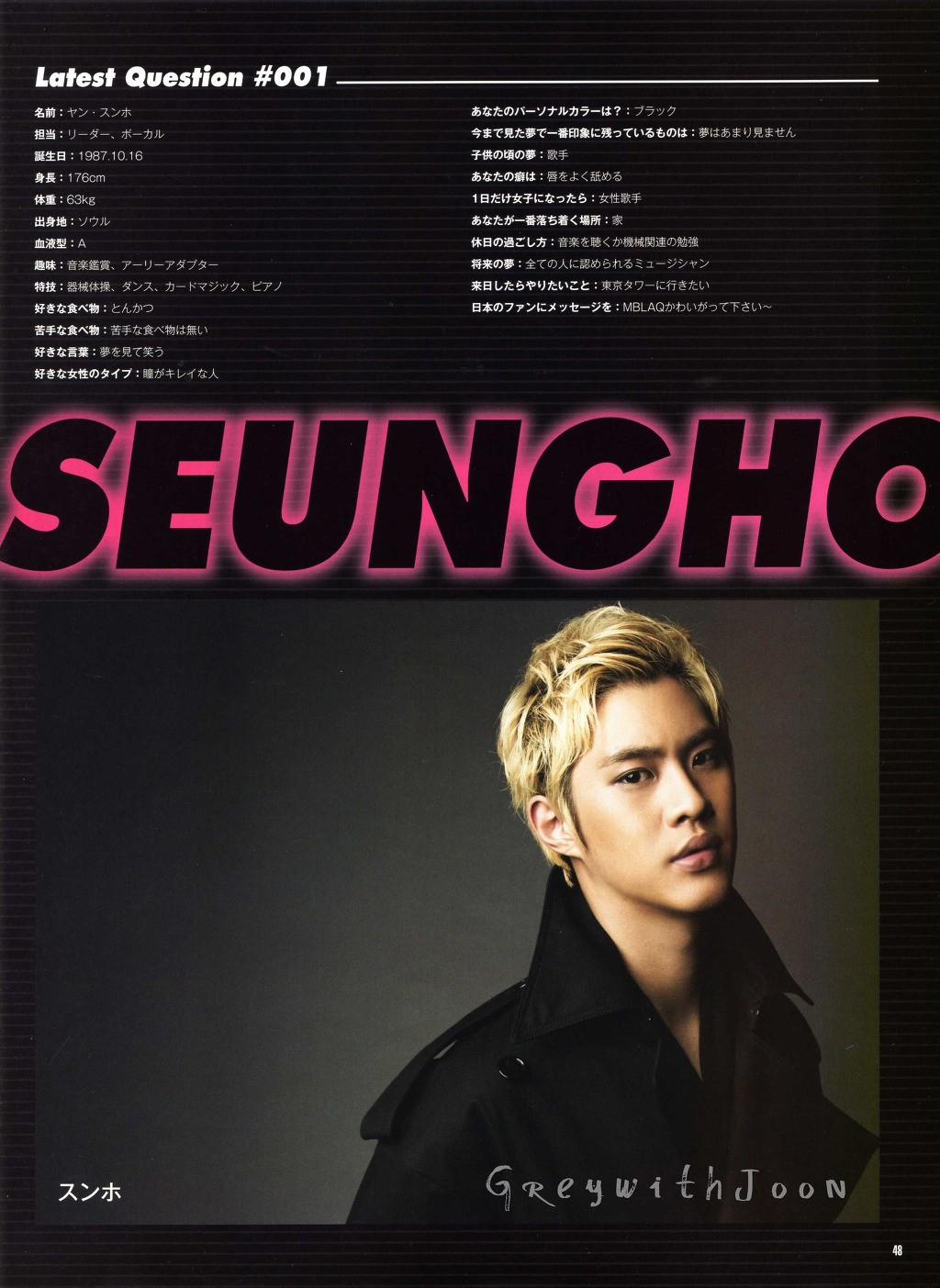 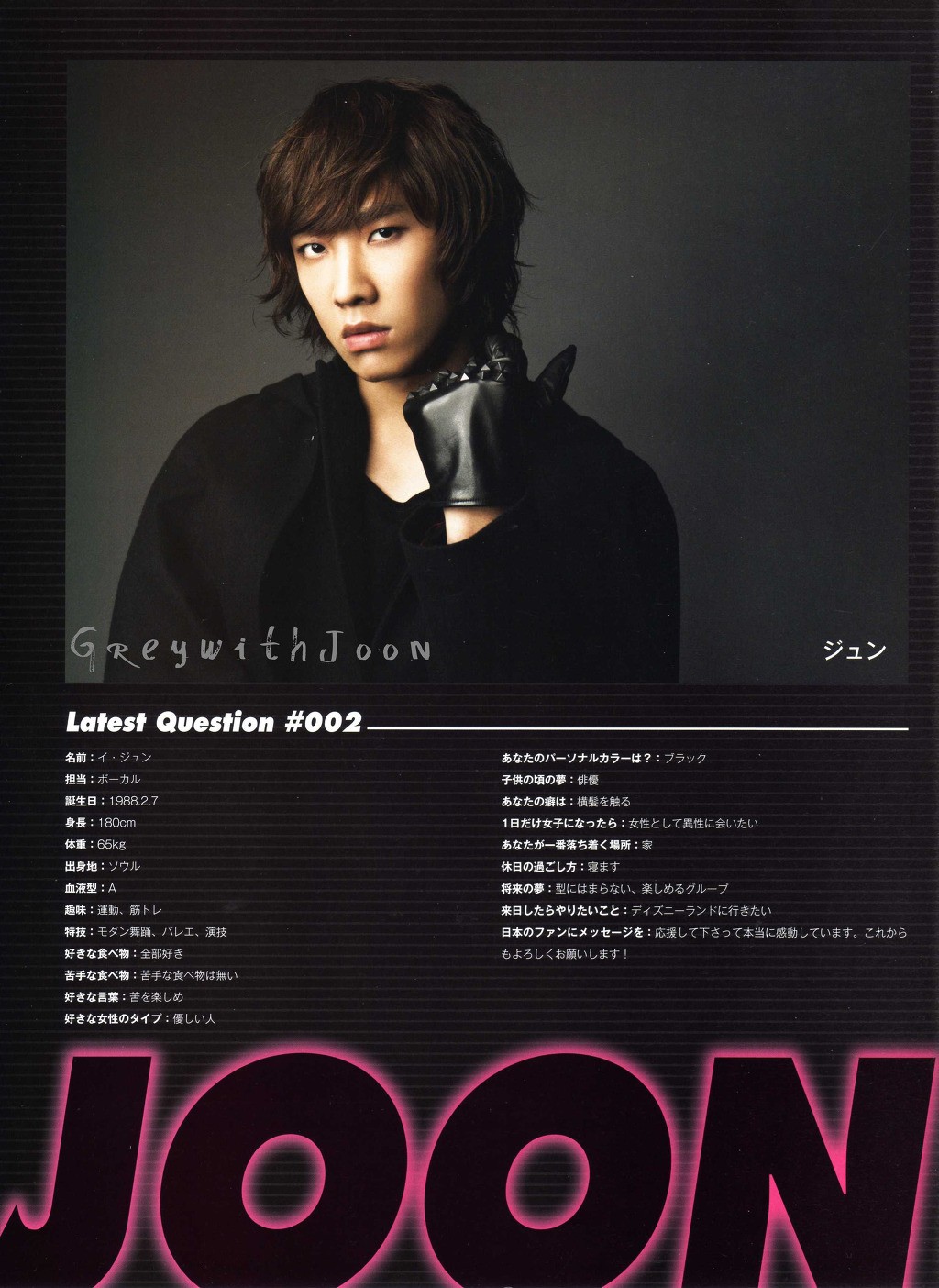 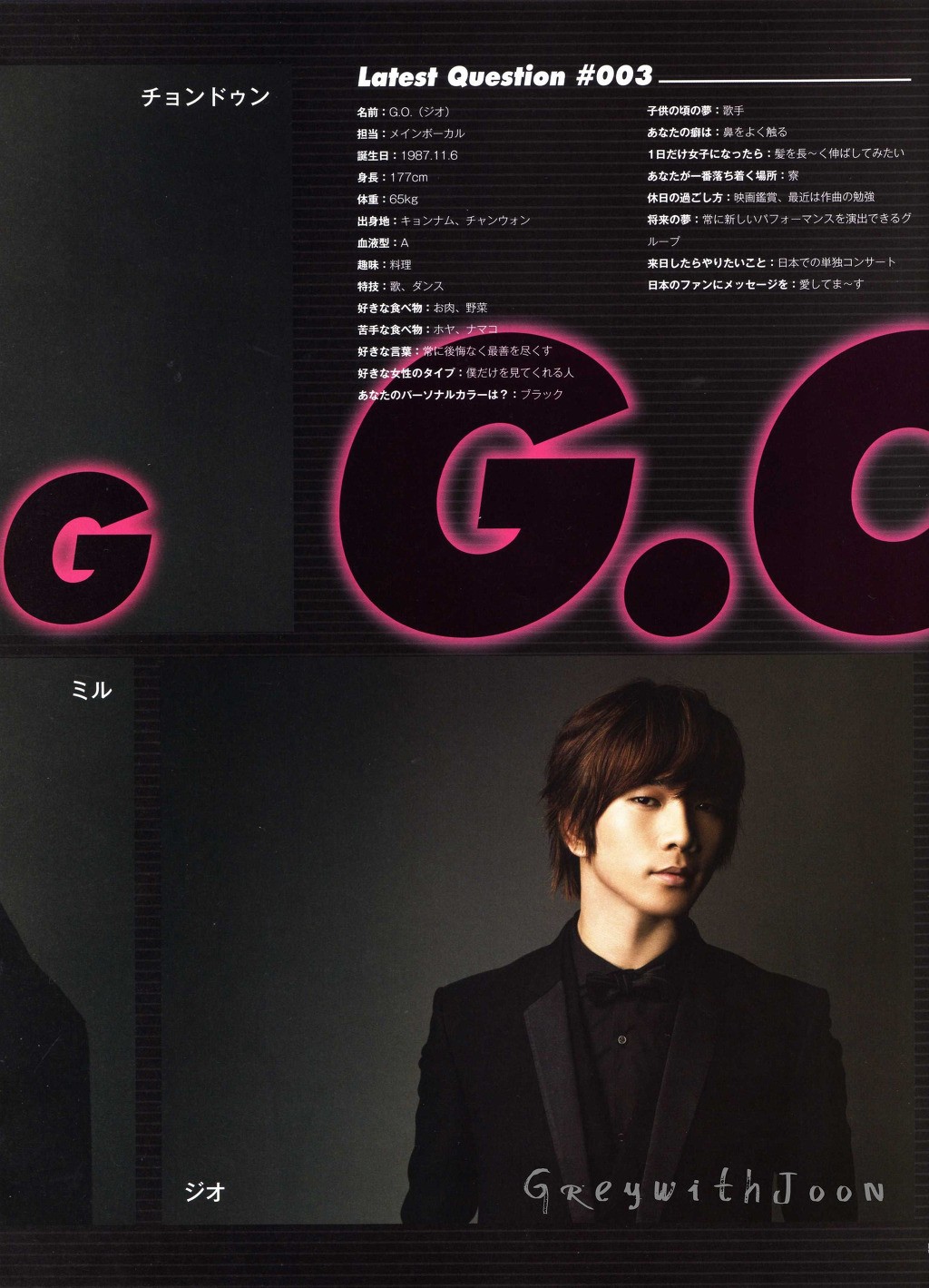 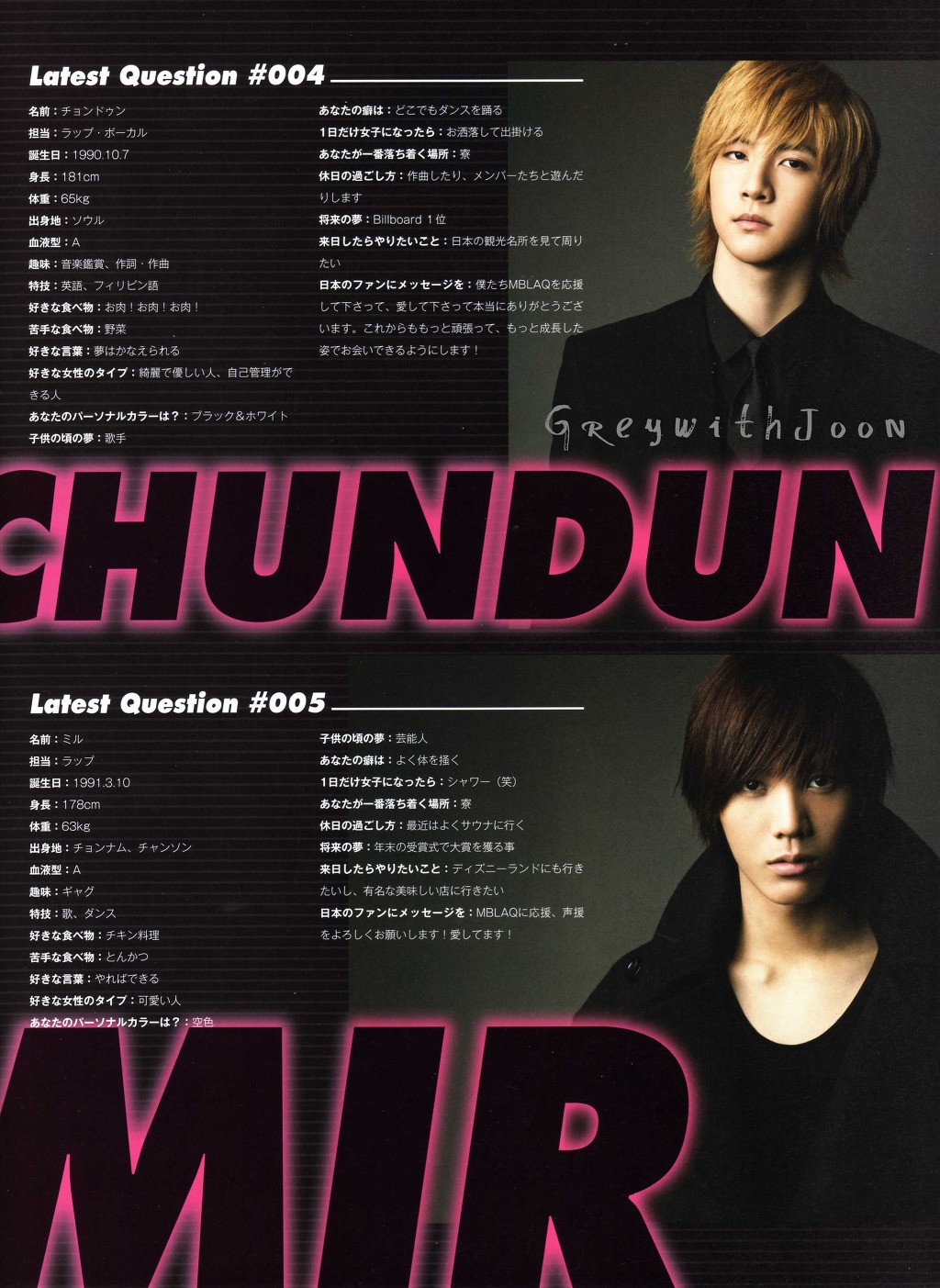 MBLAQ in Chinese Epop no. 299 (Malaysian)

Q : What is one gift that you once received and it left a deep impression ?

Mir : Comic books and my nephew’s gifts ~ Keke ! Since young I like to read comic books , always has a hobby of collecting comic books , but that time is still a student , hence all are second-hand books ! Actually planned that after debut go and buy all new comic books , take it as own collectibles , but didn’t thought that fans had prepared it specially and give to me as a gift ! I had been keeping them with care. In future when I buy a larger house , must find a place to keep them properly ! Um.. Also I dote a lot on my nephew , hence fans will also send me gifts for my nephew , keke !
G.O : A big frame that contained all my photos !
Thunder : On my birthday , I received a keyboard ~ Also because after I received the keyboard , I started composing !
Joon : A very thin and long bamboo lady doll ~ During ‘singles festival’ * , I received it from fans ! Now I still will hug it and sleep , it feels very comfortable !

Q : How do you guys keep gifts from fans ?

G.O : We have our own cabinet , hence fans’ gifts will be placed inside ~ If there is too much things , we will place it in our changing room. [They have a room for all their clothes]
Thunder : Besides placing in cabinet , some times our gifts are placed on bed or under bed ~ Keke !
Joon : My mum will regularly come and ‘collect’ my gifts , hence gifts will be safe-keep at home !

Q : When there is no schedules , what will you guys do ?

Seungho : Attend class or go to composer’s studio and play ~ Some times will go back home , gather with family which I didn’t meet for very long. Also will gather and chat with my home town friends ! If there is chance , I will go watch movie and have meals together with the members !
Thunder : At home watch <<Crayon Shinchan>> , keke !
Joon : Meet up with friends ~ If not whole day is eat and sleep , keke ! Previously because of keep exercise and let own body unable to take it , whole body aches , even bones and joints keep having pain after exercising. At last I couldn’t tolerate it and give up , like this my sleeping time is longer , keke ~ Because every time if exercise , I could only sleep for 30 minutes. Now after ending schedules , I will drink a can of beer before going to sleep ! Haha !
MBLAQ : Besides going to cinema to watch movies , we will stay at dormitory watch movie ! Haha !
Seungho : Really want to take a photo of our dormitory’s living room and show everyone ~ Keke ! Dormitory’s TV shelf is not those normal shelf , but is speakers ~ Our sofa is previous house owner left it here , so sofa is really very huge , we will lie on it and watch TV ~ Keke !

Q : Leejoon doesn’t have much research on electric appliances ?

Joon : Yes ~ Maybe because my parents never value these , my house’s furnitures never even change before ~ Haha ! Our dormitory’s TV although not counted very good , at least is flat screen. My house’s TV is still those bump kind. 18 years ago bought the video player is still using at my house ! Haha ~
Seungho : When I am still in trainee days and once went to Joon’s house repair computer , after that his mum keep look for me ~ That time their house is still using old design of monitor.
Joon : That time very happy , because changed computer’s monitor to LCD , haha !

Q : After debut , the biggest change is …

Seungho : I actually do not like to go crowded places , but after debut , very often will go and watch movies with members. Slowly became to like places crowded with people ! Keke !
Mir : My way of relieving stress I think ~ In the past always will buy things to relieve stress ~ Keke ~ From “wish to buy” became “find what to buy” , from relieve stress became pouring money (anyhow spending money) !

Q : Did the rest of the members thought of challenging acting like Leejoon ?

Thunder : Thought of before… But still had not prepared properly , wish that ownself will do well in practice then go do ! Actually the rest of the members also have this thoughts , also thinking when all the members can try acting !

Q : The time when you feel yourself is the most handsome is …

Mir : When in high school year 2 , keke ! At that time my popularity is very high ~ Now everytime when I go back home and flip my own photos at that time , will always feel that I am very handsome , haha !
Thunder : Current 22 years old me , and will continue to become more handsome !
Joon : I in high school , because at that time my chin from any angle will look sharp , but now it is slightly longer ~ I actually do not mind , but hearing friends saying my chin line is nice , at that time I started to purposely chew squid to ‘save’ my chin. Now if closely touch my chin , there is prominent part , keke ! Previously while filming <<Ninja assassin>> , my nose was hurt by the knife , nose became flat !! If not my nose and chin looks nicer in the past !
Seungho : When I just got out of bed , because in the morning I seems a bit slimmer ! Keke !

Thunder : Sohee from Wonder Girls , I am her fan ! Although we record show together before , also perform at the same event overseas , but didn’t even speak a word ! Looks like I have to change my personality , keke !
Mir : I and idols group born in 1991 are very close ! Previously because of variety shows know a lot idol friends ~ That time I wish to be close with Nana (AfterSchool) and TaeYeon (SNSD). Now everything became a reality , is very close relationship !
Seungho : I also have singer friends ~ Keke ! But a lot only known each other for half a year or a few months , so I will work harder and know them better ! I and 2PM’s Junsu and Taecyeon are quite good friends , actually Junsu should call me hyung , but he keep insist that his birthday is at start of the year , hence even if die also say he is 87 line , keke ! He and Joon are born in the same year , birthday also at start of the year , but Joon is very good and call me hyung ! Keke !

Q : Is there any memorable event while preparing for new album ?

Joon : I remember when recording <<Rust>> this song , I used not even 30 minutes and finished recording… Reason is that my filming of drama and recording of song the time clash together , so every time recording’s duration couldn’t be too long. Furthermore , I have to go for recording during filming break ~ Also the members spent few days to record <<Cry>> , I could only finish it in midnight. These are few things I feel regretful ! Actually I wish to present and edit it more perfect , but the time doesn’t fit , this time really left a lot regrets !
Mir : When recording <<Rust>> the time , I and hyungs went recording studio together , because I am being arranged at the last , so waited for 6 to 7 hours. after that composer was sorry to tell me that he decided to not have rap , however he arranged me to read the dialogue at the start of the song… So I waited for 7 to 8 hours but ended very quickly ! Hahaha !
G.O : Everytime after recording of songs , always will have a lot regrets , because our personality is very cautious !! Although during recording , teacher will say OK , but when back to dormitory and listen , will always feel that ownself able to do better. So will ask teacher to let me record one more time , at last teacher allows me to retry , but will realise that what I did is worse nthan the previous time. The feelings I want to find previously can’t be found , very embarrassing ~ In the end still use the first time the state and retry ! Keke !